A guide to Turkey – etiquette, customs, culture, clothing and more…

Welcome to our helpful guide for Turkey. Should you be looking to travel, live, relocate or do business here, we will give you a helpful head start on understanding the country and its cultures.

Turkey (officially the Republic of Turkey) is situated mainly on the Anatolian peninsula in Western Asia, with a smaller portion on the Balkan Peninsula in Southeast Europe. 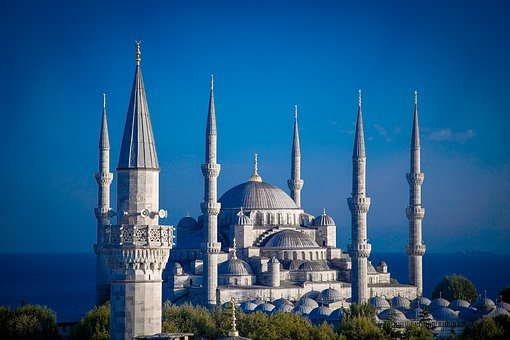 Turkish culture has undergone a huge amount of change in the last century. It may be the only country that contains every extreme of Eastern and Western culture. Pre 1923, the Ottoman Empire was a multi ethnic state where people were not allowed to mix with each other, meaning that they would retain separate ethnic and religious identities within the empire. After the fall of the empire, the Turkish republic adopted an approach which forced all cultures within it’s boarders to mix with each other with the aim of producing one national and cultural identity. However instead, what resulted what a culture with many shades of grey as the traditional Muslim cultures of Anatolia clashed with the cosmopolitan modernity of Istanbul and the West.

Women’s attire consists of baggy trousers (Turkish şalvar), a long skirt, robe or dress, a shirt, a jacket, a wide belt, or piece of cloth worn as a belt, a scarf or other headdress, socks and shoes. As well as in other regions of Turkey, in Eastern Anatolia women wear many layers of clothes. Men in Turkey also wear Turkish şalvar and may add a traditional loose coat, called a jubba over the şalvar.

Other languages spoken in Turkey are Kurdish and Arabic, as well as some other minority languages.

The Turkish are renowned for being extremely friendly, polite and hospitable people. If you are invited into the home of a Turkish family, be sure to take them a gift (chocolates, flowers, or something from your home country). It’s wise to avoid alcohol as many Turks don’t drink alcohol due to religious reasons.

The elderly are greatly respected in Turkey and it’s usual for younger people to offer their seat on public transport.

Islam is the religion of approximately 98% of the population of Turkey, and the main division in Islam is between Sunni and Shiite Muslims.
Among certain obligations for Muslims are to pray five times a day – at dawn, noon, afternoon, sunset, and evening. The exact time is listed in the local newspaper each day. Friday is the Muslim holy day although this is not practised in Turkey. Most males will however attend the congregational afternoon prayer. During the holy month of Ramadan all Muslims must fast from dawn to dusk. Fasting includes no eating, drinking, cigarette smoking, or even chewing gum. 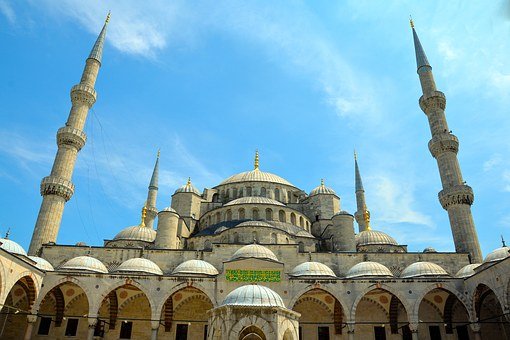 Greet your potential business partner with a firm handshake. When greeting women, you should wait for them to offer their hand first. Always greet the eldest person first; Turks hold great respect for the elderly.

Business is a serious matter and should be treated as such. Initial meetings are formal so you should avoid coming across as too casual and friendly, even if you have developed a relationship on a personal basis already.

The initial meeting is usually a chance to get to know each other on a business level, so don’t expect any business decisions to be made in the first meeting.

If a business card is offered to you, this could be a sign that the Turks are interested in developing the business relationship further, so ensure that you offer your card in exchange, and take the time to read their card before putting it away.

Make sure you book your meeting with plenty of advance notice, ensuing that you avoid any Turkish holidays or the month of Ramadan. You will be expected to be punctual, however this may not be reciprocated.

It can take a long time for any decisions to be reached in business so be prepared for several meetings to take place before you are able to meet with the people in positions of power, who are the decision makers. Turkish people do not appreciate being rushed, or being given “the hard sell”. They don’t like pressure or deadlines, therefore you must be patient. Expect to be subject to a thorough negotiation process and be prepared to compromise.

When greeting Turkish people in a professional setting, formal forms of address should be used; the first name is never used on its own. The title (e.g. Mr, Mrs) is added to either their first name (given name) or their surname.

A Turkish name consists of the given name (usually just one or two names) and a surname. Married women may carry both their maiden and their husband’s surnames, and since 2014, women are not obliged to take their husband’s name at all if they prefer not to. They can continue to be known only by their maiden name if this is their preference. During recent times, many of the given names are unisex. Turkish names are often words with specific meanings in the Turkish language, and these names can either be modern names or can be derived from ancient Turkic mythology.

This section will be particularly helpful if you are relocating to Turkey and intend to work.

The business culture in Turkey tends to work on a hierarchal structure with each person having a very distinct role within the business. Show respect to older people and people more senior to you by addressing them with their title and surname initially, and let them take the lead as to when it’s appropriate to address and be addressed on a first name only basis, once a personal relationship has developed. As we touched upon before, Turks do not like deadlines so you will need to be patient and don’t expect decisions to be made quickly. Even if you’ve set deadlines well in advance, you need to be flexible as the norm for these to be moved back.

As in other hierarchal based work places, the manager is usually expected to adopt a paternalistic role to their team, meaning that their concern for their employees often goes above and beyond the work place only. 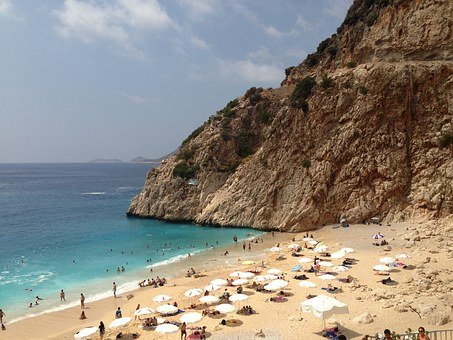 Visitors are able to stay in Turkey for a maximum for 90 days in any period of 180 days, and visas need to be applied for prior to entering the country. If you are looking to make a permanent move to Turkey, you need to obtain a relevant work of residence permit in advance.

The cost of living is more reasonable in Turkey than its neighbouring Europe countries.

The healthcare provided in Turkey may not be up to the standards that Westerners are used to, but good private facilities can be found on the larger cities.

Kwintessential can help if you’re looking to do business in, or relocate to Turkey. Our experienced Turkish translators are on hand to help with any legal or general translation needs you may have. Contact us for more information and quotes today.