A guide to Vietnam – etiquette, customs, clothing and more…

Once a lesser-known nation that was synonymous with war and rebellion, Vietnam has grown to become a firm favourite with tourists, expats and businessmen alike in recent years. The long, slender country has established itself as one of the hottest properties in South East Asia, thanks to a mixture of beautiful scenery, friendly locals, exquisite cuisine and burgeoning business opportunities.

If you’re looking to learn more about this vibrant country, whether it be for recreational or professional purposes, this handy guide to Vietnam should give you the lowdown on the nation’s customs, culture, language and people.

Facts and Figures about Vietnam

Capital City: Hanoi
Population: 91,703,800 (2015 estimate according to The World Bank)
Currency: Vietnamese Dong (VND)
Electricity: 220V/50Hz, two pin plug
Religion: 85% of the Vietnamese population identify as Buddhist, with Catholicism and the local Cao Đài faith coming second and third, respectively. Other denominations include various forms of Christianity, Islam and other indigenous belief systems.
Ethnicity: 54 different ethnic groups are recognised by the Vietnamese government, with the Kinh (Viet) group by far the largest with 86.2% of the populace. Other Vietnamese ethnicities include Tay, Tai Ethnic, Mường, Hoa, Nùng and Hmong, while there are also Chinese, Malayo-Polynesian and Austroasiatic populations, among many others.
Climate: The nation is long and thin, meaning it has several different climate zones. The north is characterised by four distinct seasons, with cold winters (Jan-Feb), hot and humid summers (May-August) and pleasant, temperate springs and autumns. The central area suffers from monsoon season between September and February, meaning it undergoes long spells of torrential rain, while the summers are generally hot and dry. The south has three identifiable seasons, with the rainy season extending between June and November, the cool, dry period stretching between December and February and the hot, arid months being comprised of March to May.
Neighbouring countries: Cambodia and Laos to the west, China to the north and the South China Sea to the east.

Local culture and language of Vietnam

The Vietnamese language belongs to the Mon-Khmer branch of the Austroasiatic family of languages (along with other tongues such as the Cambodian official language Khmer and many regional variations such as Khasi and Mundi). It is heavily influenced by Chinese due to the 1,000 years of Chinese rule from roughly 111 BC to 983 AD, with a significant proportion of its lexicon borrowed almost directly from its larger neighbour. Up until the end of the 19th century, Chinese characters were also widely used to transcribe the language.

However, in the 17th century, a French Jesuit missionary named Alexandre de Rhodes converted the language into a Roman form, adding accents to indicate stress and tone. This script was not adopted on a large scale until the beginning of the 20th century, when education became more commonplace and the Romanised alphabet began to be taught in schools. Nowadays, all signs are written in this Romanised version and thanks to many years of French colonialism, the language inherited a multitude of French terms and words – for example, cà phê meaning café. What’s more, the proliferation of Western media has also allowed English vocabulary to creep into the language, as well. 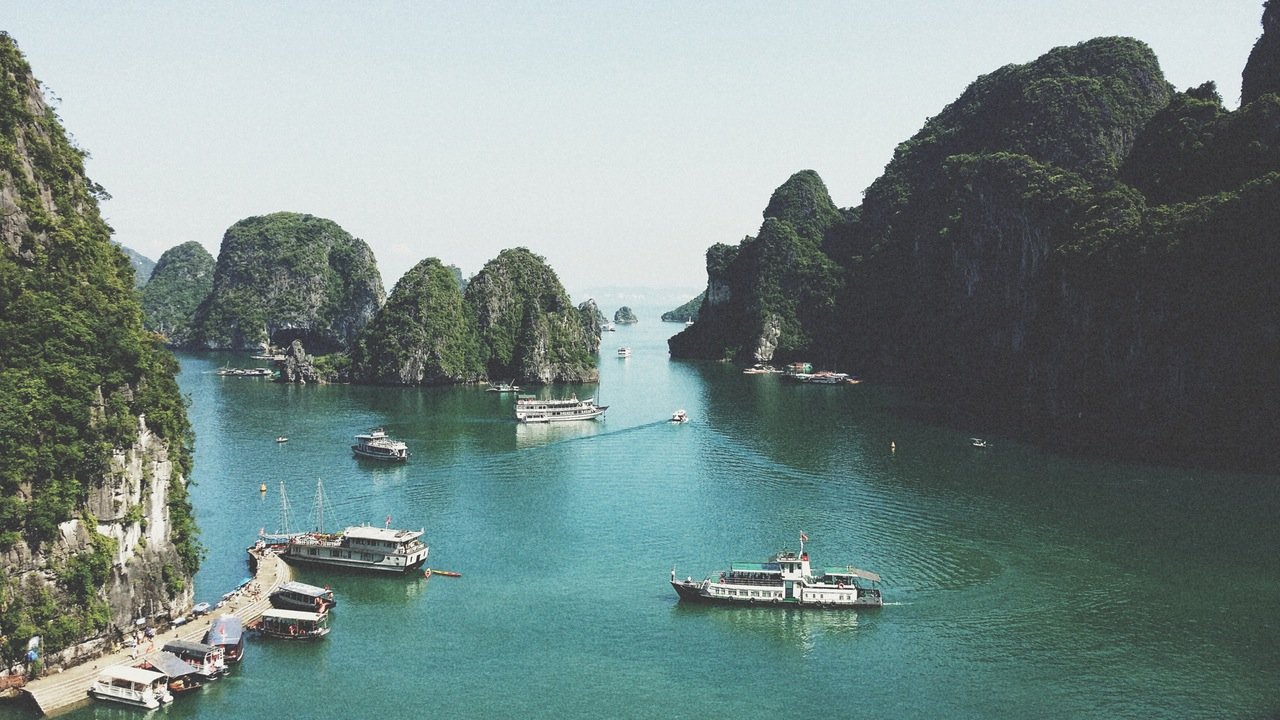 Thanks to the millennium of Chinese rule, Confucianism is the dominant influence on Vietnamese customs and etiquette. This revolves largely around comporting oneself admirably in Vietnamese society, most notably with respect to age and status. All due respect and deference is paid to those of advanced years, with the oldest members of any group always being greeted and served first. Their wisdom is sought in important family or community matters, as well.

In addition to recognising the esteem attached to age, Confucianism also places heavy emphasis on duty, honour, loyalty and sincerity. Any form of deceitful or selfish behaviour is seen to damage a person’s dignity and reputation, thus harming their place in society.

In social situations, there are a large number of expectations placed upon your behaviour towards your peers in terms of public etiquette. As a foreigner, allowances will be made if you do not always comply with these codes of conduct, but in order to make the best impression possible, it is good to bear in mind the following:

Business dealings are becoming more and more commonplace in Vietnam, as the country’s economy is expanding at an unprecedented rate. In order to gain the respect and favour of any prospective business partners in the country, it is important to familiarise yourself with practices and etiquette that are integral to successful commerce. Doing so will communicate not only your familiarity with their way of life, but also your suitability as a partner and will underline your business acumen.

The first meeting should not discuss business and should be seen only as an opportunity to get to know your counterpart and cultivate a good working relationship with them. While placing hands together and bowing your head is the traditional form of greeting in Vietnam, it has been all but eradicated by the westernisation of society. As a result, you should always shake the hand of a person you are meeting for the first time – especially if they are of the same sex. When meeting a female, you should wait for her to extend her hand first; if she does not, simply nod your head. Follow your new colleague’s lead in all matters. If they shake with both hands (left hand placed upon top of right), do the same.

The exchange of business cards is an important ritual in Vietnamese culture. Because of this, always make sure you bring a business card to exchange at any meeting, no matter how small or trivial it may seem. Ideally, this will be printed in both English and Vietnamese and you should always offer it using both hands. When receiving a card from someone else, accept it with both hands and study it thoroughly before putting it away to show respect. The translation of all documents into Vietnamese will demonstrate your regard for your prospective partners and your preparation in the business world.

No one will expect you to master the Vietnamese language in advance of a business meeting, but it is considered common courtesy to learn at least one or two words. Even just the Vietnamese word for hello (xin chào, pronounced sin jow) will indicate your willingness to adapt to the cultures and customs of the host nation. It is advisable to hire an interpreter for all formal business interactions, who will often be able to act as a reference for you in setting up the meeting as well. Appointments are always necessary and should be made at least a few weeks in advance of the scheduled date. 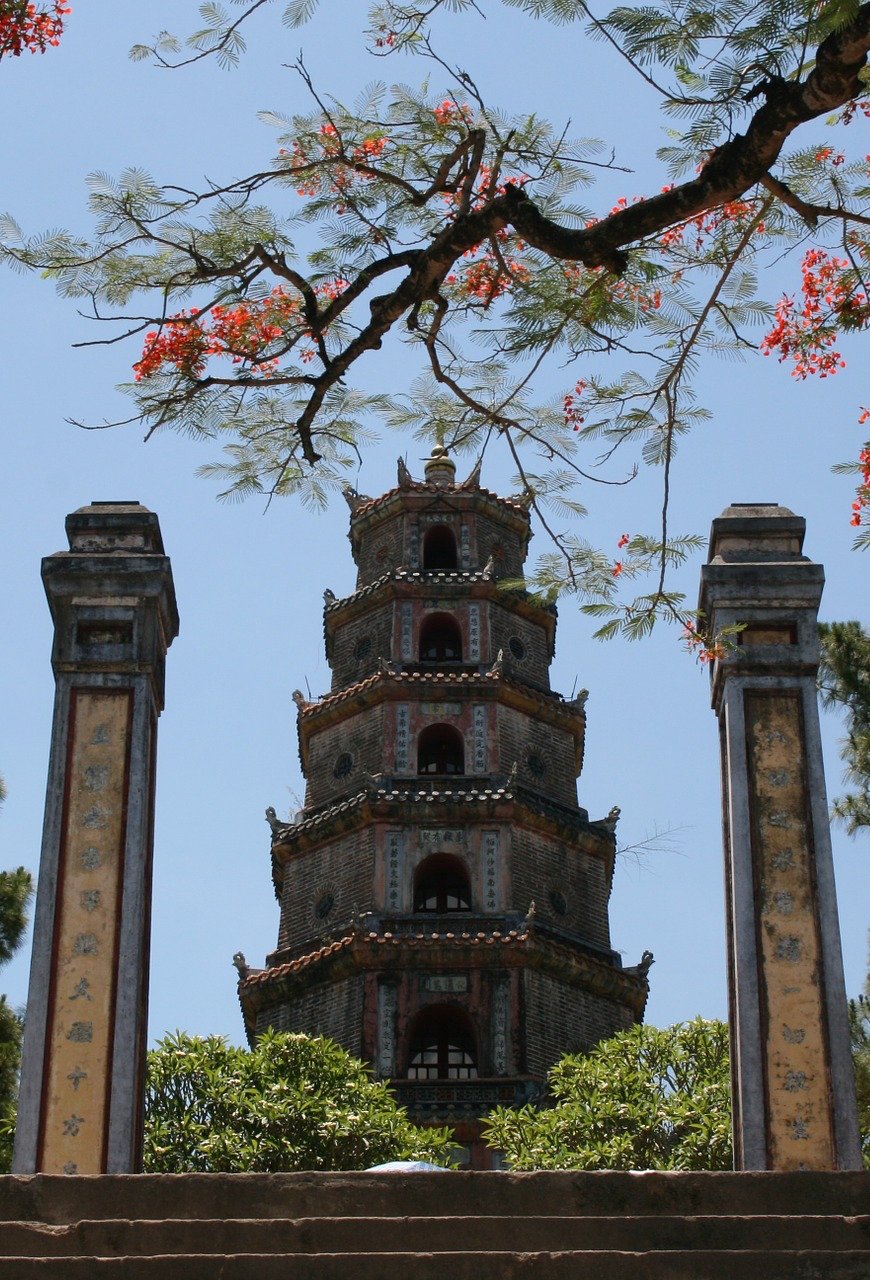 It is considered disrespectful to openly criticise or admonish someone. If you chastise a Vietnamese contact in front of others, you will undoubtedly lose that person as a contact. As a result, many business meetings are characterised by long periods of silence, wherein attendees disagree with each other but do not wish to cause a loss of face by openly expressing it. Be patient with the negotiating process and be prepared to have to go through much paperwork and toil up the hierarchical chain within any Vietnamese company to reach an agreement. Gifts can often oil the gears of progress, but should never be lavish or expensive; a company token or goods from your native country are ideal options.

More and more foreigners are settling in Vietnam due to its combination of pleasant climate, cheap cost of living, expanding business opportunities and relative safety. If you are thinking of relocating to this increasingly popular country, there are a few things you should be aware of:

If you’re planning to relocate to Vietnam or planning to do business there we can help with your translation service needs. We have expert Vietnamese translators who will work alongside you to fulfill your project. If you would like more information please get in touch now.