A guide to Thailand – etiquette, customs, clothing and more…

Welcome to our helpful guide for Thailand. Should you be looking to travel, live, relocate or do business in the sovereign state, we will give you a helpful head start on understanding the country and its cultures.

Thailand (officially the Kingdom of Thailand), formerly known as Siam, is a country in Southeast Asia. With a population of around 68 million people, Thailand is the 20th most populous country in the world, and around 45% of the population live in the capital city of Bangkok.

Thailand is a very diverse country, and its culture is made up of a wide range of different influences from different sources, including Indian culture, Chinese culture and the cultures of other countries in Southeast Asia.
Thailand is overwhelmingly a Buddhist country, with around 95% of the population belonging to the Theravada branch of Buddhism. As such, Buddhist teachings and philosophy also play a big part in the formation of Thai culture. Generally in Thailand there is an underlying desire to attain ‘refinement’ and to avoid any behaviour or actions which could be considered coarse or rude. The prototypical Thai expression is a serene and welcoming smile, which is reflective of the friendly and welcoming people. 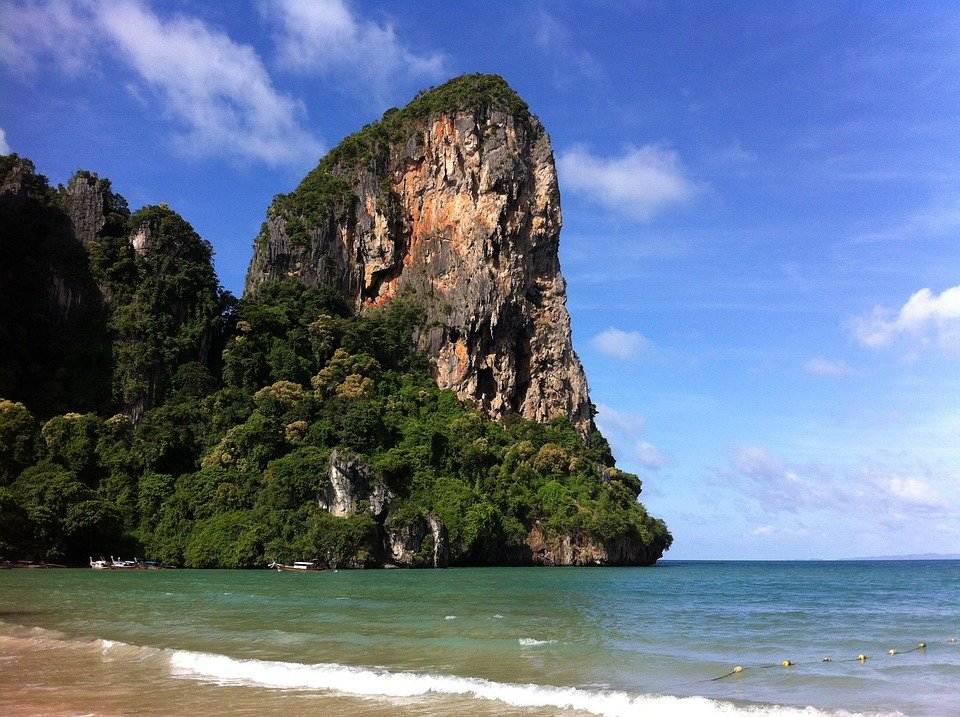 Clothing in Thailand depends largely on context. In a business context and within Bangkok, the prevalent style is largely western. For men, smart suits are the norm with shirts and ties, and for women skirts and blouses, though avoid anything too low cut or too short. Business-casual wear is probably not a good idea unless you know that this is acceptable by the people you are doing business with.
Traditional Thai dress is called “chut thai” and is generally worn only on formal occasions or at celebrations. For women this dress consists of a long and generally colourful skirt, called a pha nung, along with a matching blouse and a sabai, which is a shawl-like garment, usually made of silk. For men, chut thai normally consists of trousers, a formal shirt and the option of a sabai. Expect to see traditional Thai dress mainly in tourist hotspots, although some aspects of the outfits are also worn by the Thai military.
One final point about Thai clothing is that it is always a good idea to wear loafers or another sort of shoes that are relatively easy to remove, as this will be necessary when entering many buildings such as people’s homes.

The primary language spoken in Thailand is simply called Thai, though it can also be referred to as Siamese or Central Thai. Thai is the official language of the country and is used widely in government and education. Thai is part of the Tai-Kadai language family, and is closely related to Laotian, which is the primary language spoken in Laos, such that the 2 are largely mutually intelligible.
There are many varying dialects of Thai spoken throughout the different parts of the country, including Southern Thai and Northern Thai.
There are also a range of minority languages spoken throughout Thailand, including Khmer, Malay and various dialects of Chinese, in addition to numerous tribal languages, many of which are unfortunately on the decline.

Thai uses its own script alphabet, which is comprised of 44 consonants and 15 vowels. The script is believed to have evolved from the Khmer alphabet, both of which come from the Indic family, which also includes Laotian. There is no universally recognised method for transcribing Thai script into Latin characters, and therefore when proper nouns are transliterated into English, there are often huge variations in spelling.

Thai people are generally polite and friendly, so smiling is important. You should be aware that the concept of “face” is important in Thailand, and therefore you should avoid doing or saying anything that may cause someone else to be embarrassed or to “lose face”.
Thai people tend to give each other a reasonable amount of personal space, and touching is not common, except between close friends of the same sex or between family members. Public displays of affection are not common, so avoid these if you can. You should also touching or getting close to someone’s head, as the head is viewed as the most sacred part of the body and touching it is taboo. As in many Asian countries, avoid passing things with your left hand, as this is considered unclean, and avoid showing the soles of your feet, which are also unclean. Do not point at people or things, as this is considered rude.
Elderly people are considered to be important in Thai culture and are revered. As such, if you are talking to or greeting someone who is your elder, you need to show them the proper respect by dropping your gaze after initially making eye contact. Furthermore, Buddhist monks should be treated with great respect, as Thai people hold them in such high regard that there are laws protecting them.
If you are invited to someone’s home, it would be polite to bring them a small git of flowers or chocolates, though you should avoid marigolds, lilies, or carnations, as these have an association with funerals. In Thailand, gifts will almost never be opened in front of the person presenting them, but rather in private later, so if you are given a gift yourself you should act in the same way. 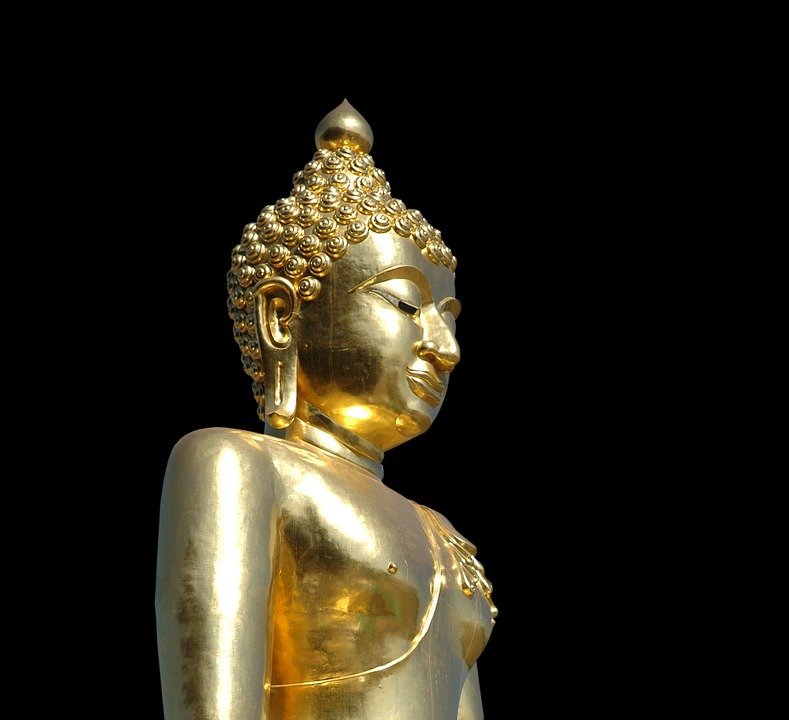 Thailand’s most prevalent religion by a wide margin is Theravada Buddhism, and active participation in the religion is among the highest of any country in the world at around 95%. Most of the remaining population are Muslim, with only very few adherents to other minority religions.
There are many Buddhist temples throughout the country, often capped by large golden domes, called stupas. If you happen to visit a temple, make sure to remove your shoes before entering as a sign of respect.
Despite the dominance of Buddhism, which is even promoted by the government, Thailand is very accepting of people of all faiths and backgrounds.

Advice for doing business in Thailand

The traditional Thai greeting is known as the “wai” and should be used whenever you are greeting someone of either an equal or superior social status as yourself or someone who is your elder. The wai consists of placing your hands together into a prayer position ant touching them to your head or chest, with the higher your hands are indicating how high a level of respect you are trying to convey. Generally this is also accompanied by a small bow or a nod of the head.
When meeting someone for the first time, always use their title and surname, although it is likely that you will be invited to use first names within a relatively short time.
Business cards are commonly exchanged, so if you are giving out cards to Thai colleagues, it would be a good idea to have one side translated into Thai. As with food, make sure you only use your right hand to take or hand out cards, and treat the cards you receive with respect, showing your interest in them by reading them and putting them carefully in a case or pocket. 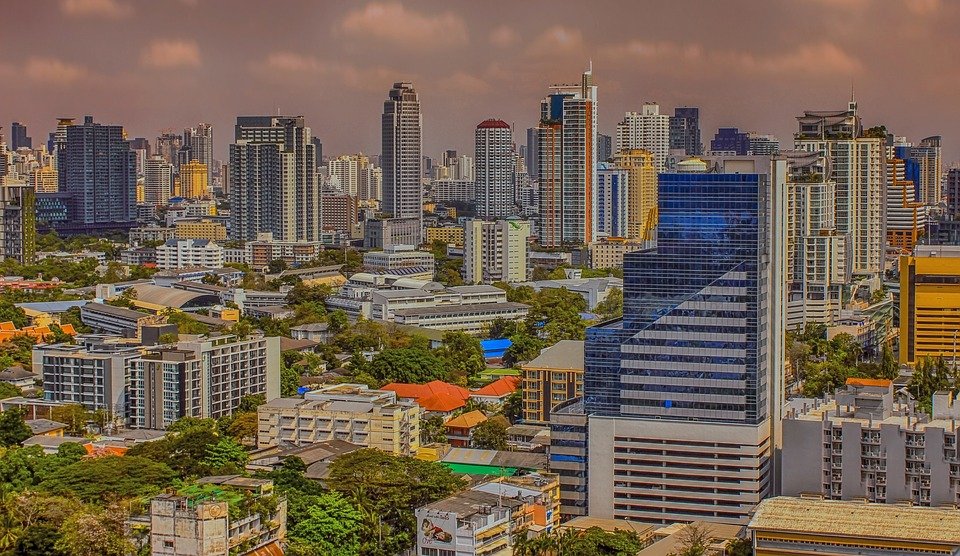 Being punctual to a meeting is respectful in Thailand, although you should not necessarily expect the meeting to start on time. Harmony and saving face are important, so make sure not to argue with people or to interrupt or speak over them or to openly contradict them, which should be done privately. Thai people do not necessarily consider periods of silence to be awkward, so do not feel the need to fill up the quiet by talking.
Hierarchy is still a very powerful part of Thai business culture, and therefore decisions are generally only made by the people at the top. This means that things can sometimes take a while to come to fruition, but try not to become impatient and put undue pressure on your colleagues, as this will not do you any favours.

Advice and tips for relocating to Thailand

Thailand is a beautiful country with an extremely rich cultural heritage, filled with friendly, accepting people, and it is therefore no surprise that it is a popular destination for expats. If you are thinking of moving out there, here are a few tips that should help you to get off on the right foot:
One big advantage about moving to Thailand is that the cost of living is comparatively cheap compared to a lot of the rest of the world. If you try to buy imported western goods, then these will come with a premium on them, but if you are happy to eat, drink and live as the Thai people do, then you can easily get by on a very modest budget.
It can be difficult, nigh impossible, for non-Thai citizens to buy property in Thailand, due to laws which limit certain properties to only being allowed to be sold to Thai citizens. However, you should not struggle to find rental accommodation.
The healthcare system in Thailand has got much better over the last twenty to thirty years, however it does still leave something to be desired compared to Western Europe. Whilst healthcare is universal for Thai citizens, as an expat you will need medical insurance. Within Bangkok medical centres and facilities are plentiful and of a good standard, but outside of the capital, standards tend to drop.
One thing that may surprise many expats is that the job market can be very competitive. If you are looking for bar or restaurant work, then you will manage, but more senior roles are in relatively short supply, so it is better to have a job offer in place before making your move. Jobs teaching English are relatively easily found, particularly in the international schools throughout Bangkok.

We have experienced Thai translators that can help if you’re looking to move or do business in Thailand. We have trained business translators and even legal and certified translators who can assist with your translation needs. Contact us for more information today.