A guide to Spain – etiquette, customs, clothing and more…

Welcome to our helpful guide for Spain. Should you be looking to travel, live, relocate or do business in Spain, we will give you a helpful head start on understanding the country and its cultures.

Spain is located on the southwestern shore of Europe just north of Africa, and it is surrounded by the Atlantic Ocean on the western side and the Mediterranean on the southern side. France and the Pyrenees mountains are northeast of Spain, while Portugal takes up a portion of the western edge of the country. 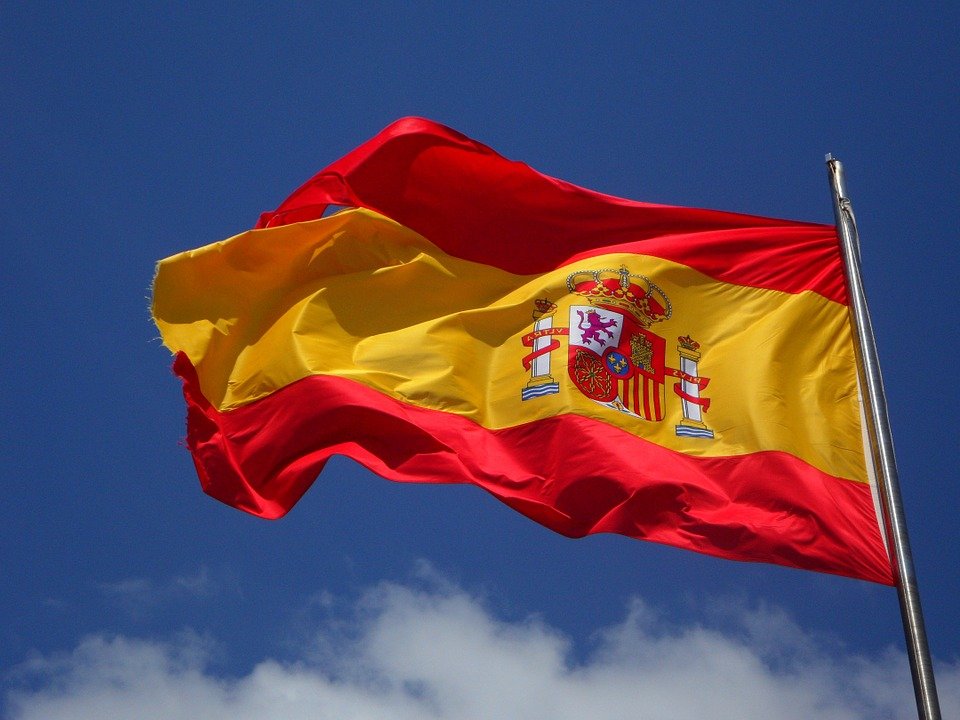 Major Religion: The majority of the population is Catholic, however different religious beliefs are also accepted such as Islam, Judaism, Protestantism and Hinduism.

Spain has one of the most distinctive cultures in the whole of Europe. It’s well known for its lively festivals and its popular drink, sangria. One of its best known cultural traditions is the siesta. Workers and students often go home around lunch time to spend a few hours resting or socialising before returning to their work or studies. The siesta originally started as a means of avoiding the strong midday heat and it’s remained a popular tradition in Spain. Larger cities such as Barcelona and Madrid have mainly moved on to a full working day, but “la siesta” still remains prominent in smaller towns around the country.

Business dress is stylish, yet conservative. Dress as you would in the rest of Europe. Elegant accessories are important for both men and women.

Spanish has 329 million native speakers and ranks as the world’s number 2 in terms of how many people speak it as their first language (the first being Chinese at 1.2 billion native speakers).
Spanish is generally thought of as one of the easier languages to learn. It’s a phonetic language, meaning the way it’s written is generally the way it’s pronounced.
Spanish and English share much of their vocabulary as both languages have many words derived from Arabic and Latin.

Spanish is written in Latin script and has an alphabet of 27 letters – ñ is the additional letter. K & W are letters in the alphabet however these are only used in loanwords taken from other languages, such as Karate, Kilo, and Water polo.

Capital letters in Spanish are few and far between. Generally, only people and place names are capitalised, as well as names of companies and government bodies. Names of nationalities or languages are not capitalised, nor are days of the week and months of the year. 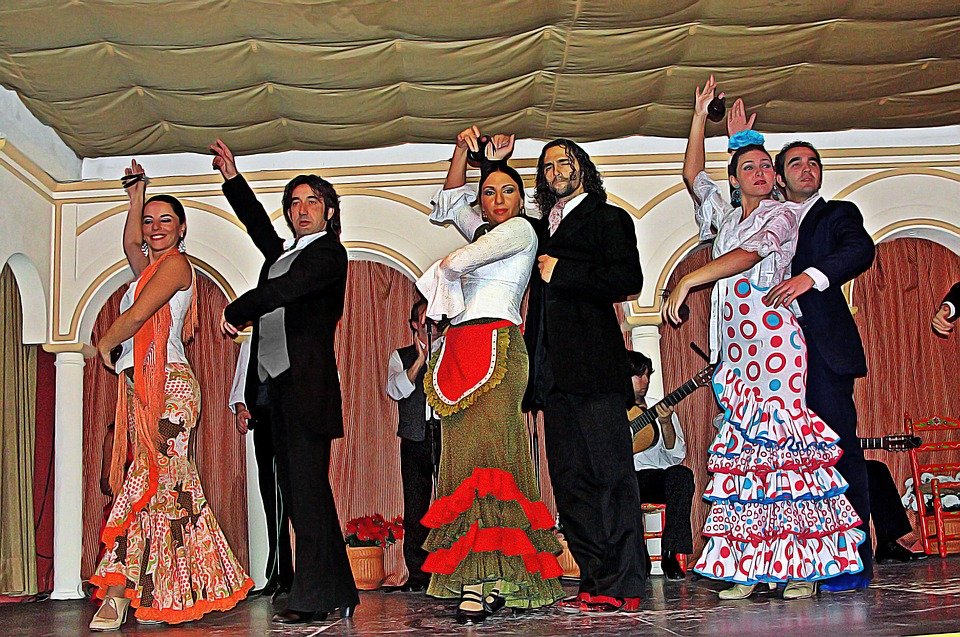 Physical contact during a conversation with a Spaniard is an accepted form of communicating in Spain and it’s not considered to be an invasion of personal space.
For lunch, Spanish people will normally not eat before 1.30pm; it’s more likely to be after 2pm and they will not usually start the evening meal until around 9pm. If eating out out at the weekend, it’s not unusual to begin dining at 10pm on even later.
Most shops outside of the major cities will close between 2pm and 5pm in line with the traditional siesta, as mentioned earlier.
Spanish office hours can be confusing to the uninitiated. Some offices stay open continuously from 9am to 3pm, with a very short lunch break. Others open in the morning, break up the day with a long lunch break of two to three hours, then reopen at 4pm or 5pm until 7pm or 8pm.

Catholic Christianity is the most popular religion in Spain with between 70-75% of Spaniards identifying with this religion. Islam is the second largest religion. Most Spaniards don’t participate regularly in religious worship.
The Spanish Church oversees one of the greatest repositories of religious architecture (and art) in the world, among them the outstanding cathedrals of Cordoba (a former mosque), Santiago de Compostela, Burgos, León, Seville and Toledo, monasteries like San Millán, Silos, Monstserrat, Poblet or Las Huelgas, or churches like Sagrada Familia in Barcelona by Antoni Gaudí.

Whilst it’s common for Spaniards of the opposite sex to greet each other with an “air kiss” on both cheeks, this is not common practice in business relationships unless you know the other party very well. It is suggested to offer a handshake, and if a kiss is appropriate, the Spanish party will initiate it. (The double kiss involves kissing the air whilst touching cheeks.).

Spaniards used to be renowned for their relaxed attitude towards punctuality and timekeeping, however this is now not the case and you should definitely arrive on time to make a good impression and you can expect them to do the same (although they probably won’t be as stressed about punctuality).

At the first meeting, Spaniards will be very interested in getting to know you before getting down to the business matter in hand. It’s expected for you to be accommodating and answer any questions about your background and family life, if asked. Spaniards like to check that you are honest and reliable; they want to be reassured that they can place their trust in you and your business before embarking upon any kind of business relationship.

Business meetings in Spain rarely stick closely to a detailed agenda. Negotiations are quite open and agreements can be flexible, however you may need to persevere in order to ensure that commitments made from their end are met.

Mealtimes in Spain are generally considered to be the time to relax and enjoy yourself rather than close business deals, so if you are expecting to discuss business over lunch, you should definitely mention this in advance. Usually a deal would be done at the office and then you would go out to celebrate at a restaurant. It’s usual practice for the person extending the invite to foot the bill. It’s not usual for bills to be divided in Spain, whatever the circumstances of the meal, and if you’ve been invited out, it’s considered polite to reciprocate at a later date.

This section will be particularly helpful if you are relocating to Spain and intend to work.
The average full-time working week is just over 40 hours, from 9am and can go on until as late as 8pm, with long lunch breaks between 2pm and 4–5pm still practised in some companies. Work talk starts after coffee, and lunch is considered a time to relax and mix with colleagues, it’s definitely not the working lunch you may be used to back home. However, in larger companies and multinationals, particularly in the larger cities such as Madrid and Barcelona, you will be likely to find the usual working hours of 9am – 5pm and a standard one-hour lunch break.

Meetings are routinely held to give instructions to and exchange ideas with subordinates; making decisions or reaching consensus is not the aim of the meeting.
Spaniards are very social people. It is not uncommon to discuss matters that are rather personal, even during a first meeting with some, as mentioned previously.
Decisions are taken at senior management level, often by the senior executive alone. Likewise, a modest employee is more appreciated than an assertive employee.

Be prepared for a slower lifestyle where things take a little longer to get done.
As a foreigner living and/or working in Spain, the first thing you MUST do on arrival is obtain an NIE number. This is a simple process providing you follow the guidelines. You can get a Gestor to apply for you but it will cost you about 100€. (A Gestor’s main role is to be the interface between the public – in this case you – and the public administration in Spain.) To do it yourself, go to the National Police station and collect an application form. You need this number to do anything fiscal in Spain such as opening a bank account (this can also be done with your passport number). You also need a social security number and the process of getting this is now very easy. Simply go to any social security office, with your original passport and copy of the passport. You will have to fill in a form, which is in Spanish, but it’s quite easy, as the normal questions are asked like, name, address, names of parents etc. They issue the number there and then and give you a temporary card. They send on the plastic card at their leisure. It is not necessary to have a job, or even a NIE to get a social security number which you need in order to be able to work in Spain, and have access to medical care amongst other things.
Although Spain is one of the EU’s fastest growing economies, around one in five people in Spain are without work currently, so finding a job may prove difficult.

How to learn Spanish in Spain

The best way to learn the language is to immerse yourself in the culture and surround yourself with the Spanish people. There are different types of Spanish so if you’re looking to learn “standard” Spanish which is often referred to as “Castilian Spanish” ensure you are learning in a city/area where the first language is Castilian, not Catalan, Basque or Galician.
Some local accents, particularly in the south, can be difficulty to decipher for beginners, so be mindful of this.

Here at Kwintessential we have experienced Spanish translators on hand to help with any of your translation needs. From Business and legal translations if you’re working in the country or our range of language translation services if you’re relocating to Spain. Contact us for more information and quotes.