A guide to Portugal – etiquette, customs, clothing and more…

Yes, Portugal joined the EU in 1986. It is also a member of the Schengen Area.

Positioned in the far south-west of Europe, Portugal borders Spain along its eastern and northern sides, and looks out across the Atlantic to the west and south. With a rich cultural heritage, and a landscape that includes lush mountains, sun-kissed plains and mile after mile of stunning beaches, Portugal offers a warm welcome to visitors from around the world.

Portugal covers 92,212 km² and is the westernmost country in mainland Europe. The country is divided into several provinces, each with its own unique landscape and character.

In the north, the Minho is verdant and relatively developed, whilst neighbouring Trás-os-Montes is much wilder and less frequently visited by tourists. Below this area is Porto and the Rio Douro region, where the country’s production of port wine is centred.

The Beira Alta, Beira Baixa and Beira Litoral regions form a huge chunk of central Portugal, from the coast to the Spanish border, and include such charming places as Coimbra and Castelo Branco. Estremadura and the Ribatejo are home to some of Portugal’s most historic buildings and architecture.

Lisbon itself is one of the most appealing capitals in Europe, and a must-see destination. The Alentejo is a huge region, covering almost a third of the entire country, and it is home to Portugal’s cork and wheat fields, as well as vineyards for mile upon mile. Finally, the Algarve is Portugal’s holiday hot-spot, thanks to its year-round warm and sunny climate, and miles of safe, sandy beaches.

Portugal’s capital, Lisbon, is one of Europe’s genuinely undiscovered, and unspoilt, gems. The Castelo de São Jorge sits at the top of the historic Alfama district, looking down across the River Tagus, and the stunning Ponte 25 de Abril suspension bridge.

At the waterside, the historic Belém district is a tourist’s delight, and is home to the historic monastery, the Contemporary Arts Museum and the Torre de Belém, not to mention the Pasteis de Belém, the original pasteis de nata pastry that is beloved by the Portuguese and visitors alike.

The Portuguese are typically gentle, friendly and modest. Visitors who make the effort to learn even a few simple words or phrases such as hello (bom dia), thank you (obrigado) and goodbye (tchau) will be appreciated.

The family is central to the Portuguese way of life, and takes precedence over all other relationships, including in business. Employing family members within a business is seen as the normal thing to do in Portugal, as it makes sense to them to surround yourself with the people you know and trust the most.

The Portuguese are also concerned with appearances and with respectability. Being smartly dressed, whatever the occasion, is seen as a mark of respectability, especially amongst the older generation. It comes as something of a surprise to many visitors to Portugal to learn that mourning is on a grand scale here. Depending on your relationship to the deceased person, mourning can last several years, and some widows in rural areas remain in mourning for the rest of their lives. 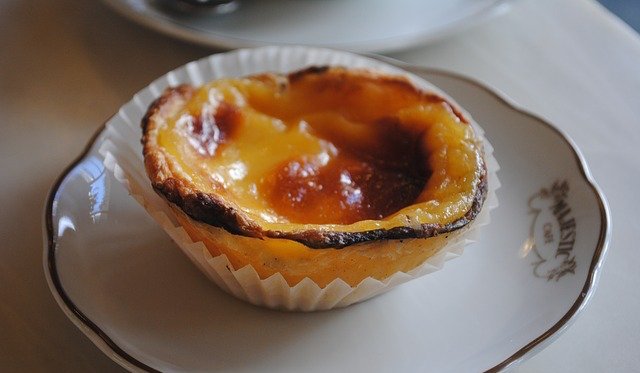 Portugal is a nation of fish-eaters, with sardines, mackerel and the famous bacalhau (dried, salted cod) reliably on menus in all types of restaurant. Pork dishes are also common, such as spicy chouriço sausages and pork and bean stews.

The Portuguese adore their sweets and pastries, and a visit to a pasteleria will reveal all sorts of imaginatively named delights, sitting alongside the famous pasteis de nata. From bolos de mel (honey cakes) to barriga de freira (nun’s belly) and toucinho de ceu (heavenly lard), Portuguese cakes never disappoint.

Portugal has many celebrations to mark various saints’ days, as well as a number of important annual holidays, including Portugal Day (1st June), Assumption of the Virgin (15th August) and Republic Day (October 5th). Additionally, towns and cities across the country usually have a summer festival, often including bullfights or bull runs through the town.

As Portugal is a rather conservative and reserved nation, over-exuberant behaviour in visitors can be seen as rude. Greetings should be formal and respectful, and formal titles such as Senhor and Senhora should always be used, unless you have been specifically invited to use first names. It’s customary to shake hands with people you don’t know well, and with closer friends, it’s usual for men to hug and for women to kiss on each cheek, from right to left.

Arriving late to a meeting is considered bad form, so always try to arrive on time, whether to a business appointment or if you are invited to a restaurant or a dinner at the home of a friend or acquaintance. If you are invited for a meal at someone’s house, it is customary to bring a small, but thoughtful gift, such as expensive chocolates or flowers.

In many countries, a clean plate at the end of the meal is a sign that you have enjoyed the food, but in Portugal, it is considered polite to leave a little food on your plate once you have finished.

As a general rule, the Portuguese do not go out to socialise after work during the week, and entertain only at the weekend.

Whilst the Portuguese themselves may arrive late for meetings, it would be considered rude for you to do so. If you are kept waiting for a business meeting, it is important not to show annoyance.

It is likely that any business meeting will have a fair degree of conversation that is not related to the meeting. This is a way for your Portuguese colleagues to get to know you, and you should not try to hurry the meeting along or become frustrated because your neatly-planned agenda is being disregarded. If you expect actual business decisions to be made during a meeting, it’s likely that you will be disappointed, as decisions generally take place outside of formal meetings.

Within a business environment, seniority and rank are considered very important and must be strictly respected. As such, decision-making can often appear a little authoritative, with little opportunity for collaborative discussion and teamwork around the meeting table. 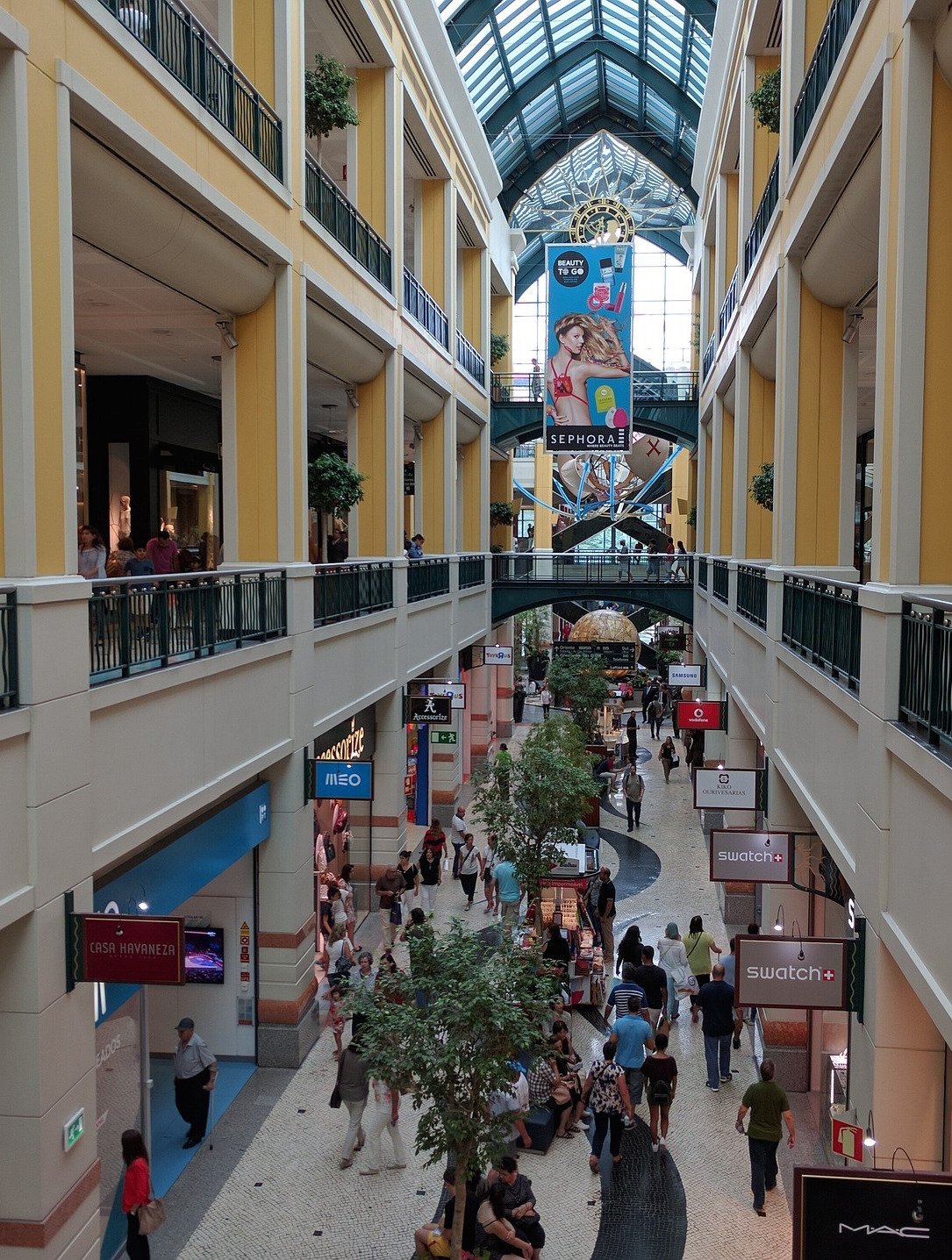 Since the Portuguese are not particularly demonstrative, you can appear somewhat over the top if you are too exuberant or you use hand gestures too freely when speaking. A ‘softly softly’ approach works best when negotiating, and any attempts to push for a deal or to rush a meeting will be seen as aggressive and rude.

Whilst many people will speak reasonably good English, especially younger colleagues, it is a good idea to have all business documents professionally translated into Portuguese, and to have an interpreter present at all meetings.

If you are given a business gift, it is polite to open it immediately and to thank the giver straight away. A follow-up thank you note would also be appreciated.

Corporate dress code is fairly formal, for both men and women. Men should wear a tie to meetings, as well as to social functions and when dining in a restaurant. If a man wants to take off his jacket during a business meeting, he should check that this is acceptable to the others around the table. Women’s business dress should be smart, professional and conservative.

If you’re considering relocating to Portugal, it pays to do plenty of research as to where you might want to settle, although this could obviously be restricted if you are moving to Portugal for work. Hiring the services of a relocation specialist could save a great deal of time and provide expert advice on where to live, buying a property, registering for tax and other issues.

EU nationals don’t need a visa to travel to Portugal, and EU nationals except for UK citizens do not need a passport since Portugal has signed up to the Schengen Agreement.

With regards to taxation, you will be considered resident in Portugal if you stay in Portugal for more than 183 days in one tax year.

If you relocate to Portugal, it’s essential that you obtain adequate medical insurance, and that you do not rely on ‘holiday insurance’. Whilst holding a form E111 entitles British citizens to free treatment in Portuguese state hospitals, full health insurance is also recommended, to provide cover for expenses or other issues not included within the E111 scheme.

If you drive in Portugal, you are required to register with the police within 3 working days, showing your passport, vehicle registration documents, insurance and proof of vehicle ownership. If you become a Portuguese resident, you will need to take a Portuguese driving test within 30 days, and this can be done with an interpreter if needed.

For those looking to rent a property before committing to buy somewhere, a specialist agency could prove very useful. A non-national will need to have a Portuguese resident as guarantor, in order to enter into a lease agreement, and long-term leases can be hard to find.

There are a number of well-organised expat groups in Portugal, as well as many online forums for expats. These can be a useful resource when you first arrive. However, it is important to make a real effort to meet locals as well, as otherwise, you run the risk of not properly integrating into your new life.

If you want to take your pets with you to live in Portugal, they will need an EU pet passport, which includes proof of rabies vaccination and microchipping.

Kwintessential can help if you’re looking to do business in, or relocate to Portugal. Our experienced Portuguese translators are on hand to help with any legal or general translation needs you may have. Contact us for more information and quotes today.