A guide to Kazakhstan – etiquette, customs, clothing and more…

Welcome to our helpful guide for Kazakhstan. Should you be looking to travel, live, relocate or do business in the sovereign state, we will give you a helpful head start on understanding the country and its cultures. 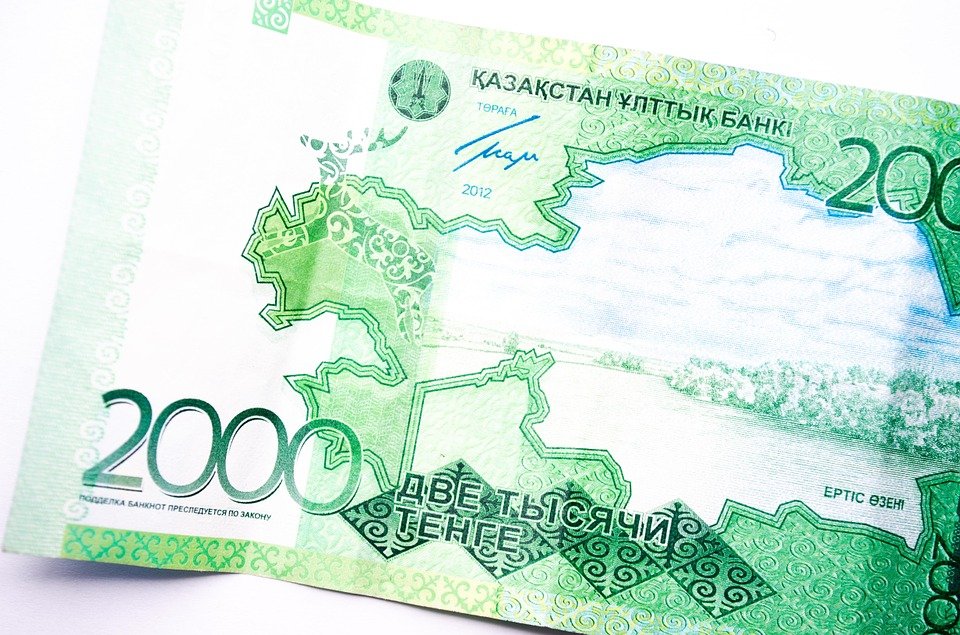 The cultural make-up of Kazakhstan is a rich tapestry, drawing from many different sources. The core of Kazakh culture comes from their original pastoral nomadic lifestyle, and much significance is still given to the nomadic way of life, including the traditional yurt dwelling, a tent made of felt, which is still in use, both as a home and as a popular decorative motive.
Kazakh culture has also been heavily influenced by its neighbours, including China and Russia. It was also influenced by Turkic cultures, who are responsible for introducing Islam to the country in the 7th to 12th centuries.
Kazakh society is generally based around a rather formal family hierarchy, with elderly people holding positions of respect and esteem. Men play the key role as head and protector of the family, and they are expected to make decisions which are in the best interests of the family unit.
Modern Kazakhstan, since the country gained independence from the Soviet Union in 1991, has become very open to foreign investment and immigration. The country has been pushing forward to build sustainable economic growth through exporting its vast natural resources, as well as trying to cement a more concrete national identity at home.

Whilst contemporary Kazakhs tend to wear a lot of Western clothing, traditional forms of Kazakh dress are still very much in use as well, particularly on holidays and special occasions. Traditional dress largely consists of large, shirt-like garments: the Koylek for women or the long Shapan for men. During the summer these clothes are more likely to be made of cloth or silk, but for winter, heavier materials including hide, felt and fur provide more warmth.

For women, Kazakh traditional dress includes various ceremonial headdresses, which can be worn to indicate their relationship status. These vary from the skullcaps worn by unmarried girls through to the often ornate bridal headdress called a саукеле.

The official state language of Kazakhstan is Kazakh, however Russian is also used as a de facto official language, and is spoken almost universally. There are also a number of other languages that have substantial populations of speakers, including German, Turkish, Ukrainian and Uzbek.
Kazakh is a Turkic language in the same family as languages like Kyrgyz and Karakalpak. Interestingly, there are also almost 1 million speakers of Kazakh living within the People’s Republic of China, and is also spoken throughout Mongolia and in countries from the former Soviet Union. 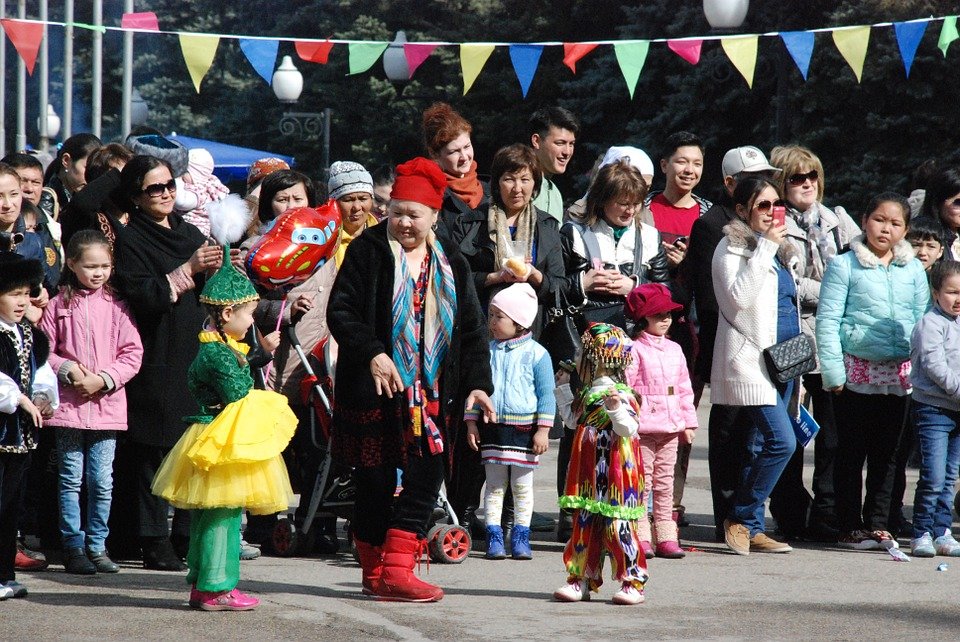 Kazakh is generally written in the Cyrillic alphabet, the same as is used for Russian, Ukrainian and other languages across Eastern Europe and Central Asia. However, historically the language has also been written in both the Arabic and Latin alphabets. The Kazakhstan government is currently working on a transition plan to begin using the Latin alphabet instead, though this process is expected to take more than a decade to complete.

Perhaps as a result of their very traditional way of life, many aspects of Kazakh customs are very formal in nature.
Hospitality has always been a very important part of life in the country, and therefore it is likely that you may be invited into someone’s home to eat with their family. It would be wise to accept such invitations where possible to avoid causing offence. If you are invited to a meal, then make sure to leave yourself plenty of time, as meals are social occasions and not to be rushed. Expect to be served food by your host, and once you are finished eating, leave some food on your plate, as a clean plate will be taken to mean that you are still hungry.
Taking a small gift for your host would be well received, and cakes or sweet pastries are a good choice. Avoid giving alcohol as a gift unless you are sure that your host drinks, as many Kazakhs are Muslim and do not drink alcohol.
As in many Asian cultures, the left hand is considered by many to be associated with unclean tasks, and therefore avoid passing or eating food with it.

The majority religion in Kazakhstan is Islam, with about 70% of the population being Sunni Muslims. The Muslim population is largely made up of the ethnic Kazakhs, Uzbeks and Tatars. The second most practised religion in the country is Russian Orthodox Christianity, with the majority of adherents being ethnic Russians, Ukrainians and Belarusians.
Having hosted a large variety of different cultures and ethnicities throughout its history, Kazakhstan is generally tolerant and accepting of all religions. The small minority of other religious groups therefore exist comfortably alongside the majority faiths.

Advice on doing business in Kazakhstan

In Kazakhstan, business greetings tend towards the formal. Handshakes are the common greeting, especially between 2 men. When greeting a woman, wait to see if she initiates a handshake, and if she does not, then a polite nod will suffice. Make sure to shake hands with every person if you are meeting with a group of people, and to do the same when leaving.
Business cards have much significance attached to them in Kazakhstan, so make sure that you have some suitably impressive cards ready to exchange. Preferably with translations into Kazakh and/or Russian on them.

Dress conservatively in formal business attire. Dressing too casually could be interpreted by your hosts as an insult, as it may be perceived as you not taking the situation seriously.
Kazakhs are fairly relaxed about using first names. As a general rule it would be prudent to use titles and surnames, but you should expect to be invited to use first names relatively early on in your relationship.

Business meetings in Kazakhstan will almost certainly last longer than they would in Western societies. The importance that is attached to interpersonal relationships in Kazakh society means that your colleagues will only feel comfortable entering into business with someone whom they know and whom they feel has shown them sufficient respect. As a result of this, the communication style you experience may feel less direct than what you are used to, as there will be a certain amount of probing and small talk before business matters will be discussed.
As in family life, the business world in Kazakhstan is defined by a strict hierarchy. Therefore all decisions will be made by senior management in a “top-down” fashion, so you should avoid trying to press too hard for a commitment unless you are dealing with the upper echelons of the company or the business owner.
Kazakhs can become very vocal and seemingly argumentative when negotiating. This is common and should not be interpreted as personal dislike. Feel free to stand your ground and make your own case as vehemently as they make theirs. You should, however, avoid openly contradicting or arguing with someone who is more senior than you, as this will be seen as disrespectful. 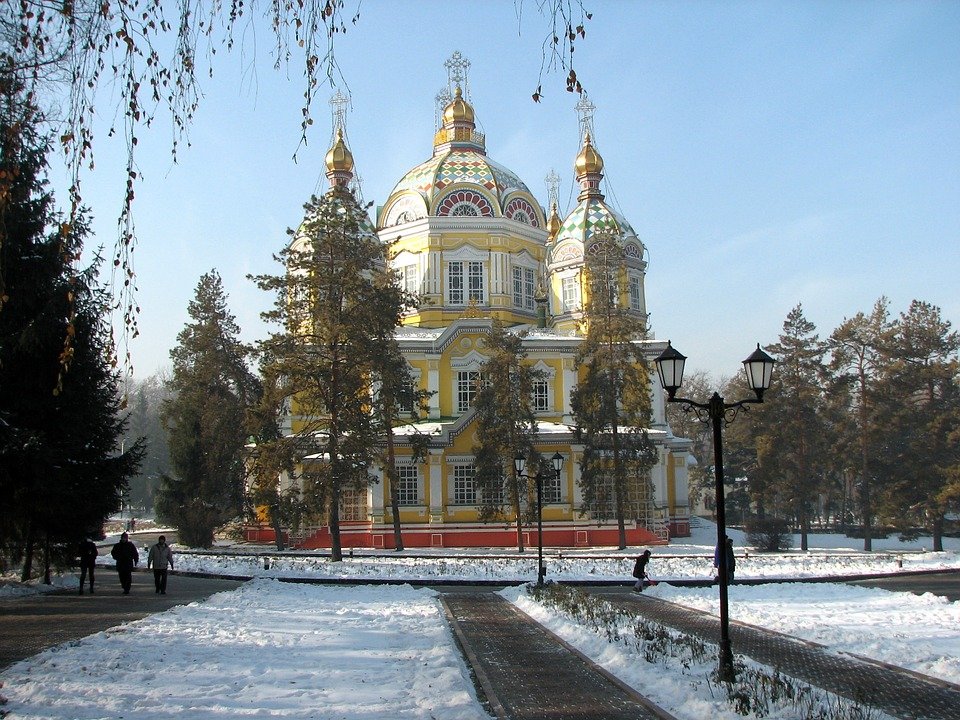 Advice for relocating to Kazakhstan

Due to its increasingly strong economic position, Kazakhstan is becoming more and more a popular destination for expats. If you are planning on moving to the country, then here are a few tips to help you get off on the right foot:

One of the chief advantages of living in Kazakhstan is the relatively low cost of accommodation, as both rent and utilities are much cheaper than in most Western cities. Apartments are plentiful in the larger cities of Astana and Almaty, however if you are looking for a house rather than an apartment you may struggle to find one.
You should be aware that most of Kazakhstan can get very cold in the winter, particularly in the capital, so make sure you have appropriate clothing. The country itself is well-prepared for this however, so you will not struggle to find well-heated restaurants and cafes in the ever-improving social scene.
The cost of living in Kazakhstan can be relatively cheap if you live and eat the same way that the locals do. However, a lot of imported goods and branded products from other countries will have significantly higher price tags, and things like imported furniture and electronics can be very pricey.
You will find that the Kazakhs themselves have a warm and welcoming attitude to immigrants, however, the government is still substantially bureaucratic, and the processes for obtaining the necessary documents, such as work permits, can be extremely time-consuming and frustrating. The advice is to stick with it!Language Translation Services For Kazakhstan

Kwintessential offers a range of language translation and business translation services for Kazakhstan. We work with experienced Kazakh and Russian translators to fulfill your translation needs. Get in touch today for more information and quotes.