A guide to Indonesia – etiquette, customs, clothing and more…

Indonesia is a beautiful country and a unique destination, famous for its enchanting islands, ancient temples and gracious people. It is a vast archipelago, consisting of 17,500 islands situated between the Indian Ocean and the Pacific Ocean in South East Asia.

With an estimated population of over 253 million, Indonesia is highly diverse, comprised of over 300 different ethnic groups. As the fourth most populous country in the world, it is a nation of contrasts and rich cultures, with influences deriving from a mix of Chinese, European, Indian and Malaysian. For travellers, it is an adventure, for expatriates and international financiers, it is a country boasting one of the fastest growing economies in the world and an opportunity to live in a remarkable part of the planet.

The capital, Jakarta is a sprawling megalopolis and home to an estimated 10 million people. Most travellers view Jakarta as a gateway to the islands, an overlooked and unavoidable stopover. However, for a large community of expatriates, it is the business, political and cultural heart of Indonesia, a global city and home. Love it or hate it, but explore Jakarta more and it is a city break you´ll always remember.

Indonesian, or ´Bahasa Indonesian´, a standardised dialect of Malay, is the statutory national language of the country, formalised during the declaration of independence from the Netherlands in 1945. Although recognised as the only official language of the nation, used in commerce, formal education and the media, most Indonesians are bilingual. Most will speak a regional dialect as their mother tongue, such as Javanese, Sundanese or Madurese. There are more than 700 indigenous languages spoken across the archipelago, making the country one of the largest multilingual populations in the world.

English is spoken quite widely in Indonesia but much less outside the major cities and tourist spots. As an expatriate, traveller or business owner you may want to consider lessons in Bahasa Indonesian, which are readily available in Jakarta and the islands. However, be aware that business with foreigners is often conducted in English.

Religion plays a significant part in the daily lives of many Indonesians, with over 80% of the population Muslim, followed by smaller minorities of Protestants, Roman Catholics, Hindus and Buddhists. The Indonesian government only recognises these six religions, although according to data reports there are 254 non-official religions practised in the country. 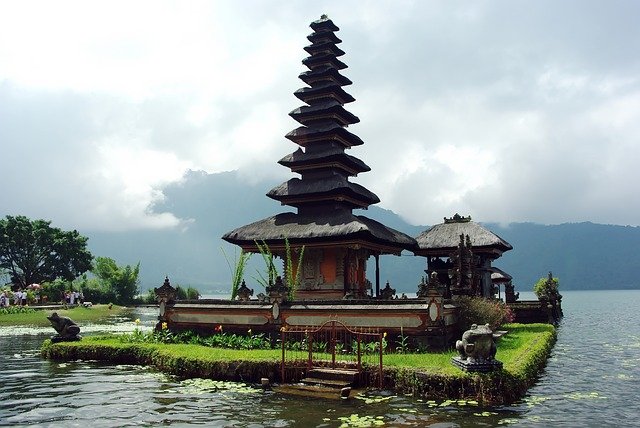 Due to the incredible diversity of the country, the government has worked hard to establish a strong sense of cohesion throughout the archipelago, hence the motto ‘Unity in Diversity´. Along with this strong unity and conformity to society´s rules, honour and respect for the individual form the basis of Indonesian culture. Indonesians value loyalty to friends and family above everything. The nation as a whole is viewed by its people as an extended family, with the President, school teachers and business leaders referred to as, ´fathers´ by society.

In Indonesia, it is important to understand the cultural concept of ´loss of face´, which is about avoiding the cause of shame, ´malu´, creating social embarrassment – to others and yourself. Never mock or insult anyone and shortcomings should be addressed privately. Likewise, blame should never be discussed publicly. Another manifestation of a desire to avoid ´loss of face´ is that Indonesians can communicate very indirectly, which means they do not always mean what they say. Indonesians have more than ten ways to say ´no´ and even more ways of saying ´yes´ whilst meaning no.

Indonesia is an open, friendly and peaceful country. Nevertheless, good cultural awareness will ease the culture shock and assure you avoid any unnecessary faux pas in daily life and business. Indonesians are taught from a very young age to remain calm in public, avoid disagreements, speak quietly with consideration and not get angered by little things. You should do the same. Adopt a humble demeanour, practice patience and remember to smile!

Indonesians are known for their generosity, and it is an honour to be invited into their home. Try to accept all the offered hospitality, as a rejection may be taken personally. On arriving at your host´s home, always remove your shoes at the door, and it is also respectful to bring a small gift. Indonesians never show the soles of their feet, or allow their feet to point towards another person. It is also a sign of respect when sitting to keep both your feet on the floor and adopt a straight posture.

Understanding the nuances of Indonesian culture and customs is essential for healthy business relationships and ultimately the success of your company. Try to adopt and adapt to the culture in both manner and speech; speak quietly, avoid conflict or pressure and remember disputes can always be dissipated with a smile!

By Western standards, business dealings can be slow and very frustrating. Relationships in Indonesia must be allowed to grow over time, and numerous visits are often necessary to complete business transactions. Personal visits, as opposed to emails and telephone calls, are always appreciated. Indonesians are not rash decision makers, as this is perceived as not giving the subject adequate thought.

´Jam Karet´ or ´rubber time´ best describes the Indonesian attitude towards time. Matters are approached slowly, the philosophy implying that everything has its time and place. Time does not bring money – good relationships and harmony do. Dress is also critical, and men should wear a suit and jacket while women should observe and respect Muslim rules of modesty.

Social events usually start late in Indonesia and expect the Indonesians to arrive thirty minutes later than the given time. As a predominantly Muslim country, most of the population does not consume alcohol or pork, and in certain restaurants, fingers are used for eating. Again, always remember to eat with your right hand, keeping your hands above the table. As a Westerner, you should avoid talking about business at the dinner table unless the subject is raised by your host.

It is also the normal protocol for the person who extends the invitation to pay the restaurant bill. 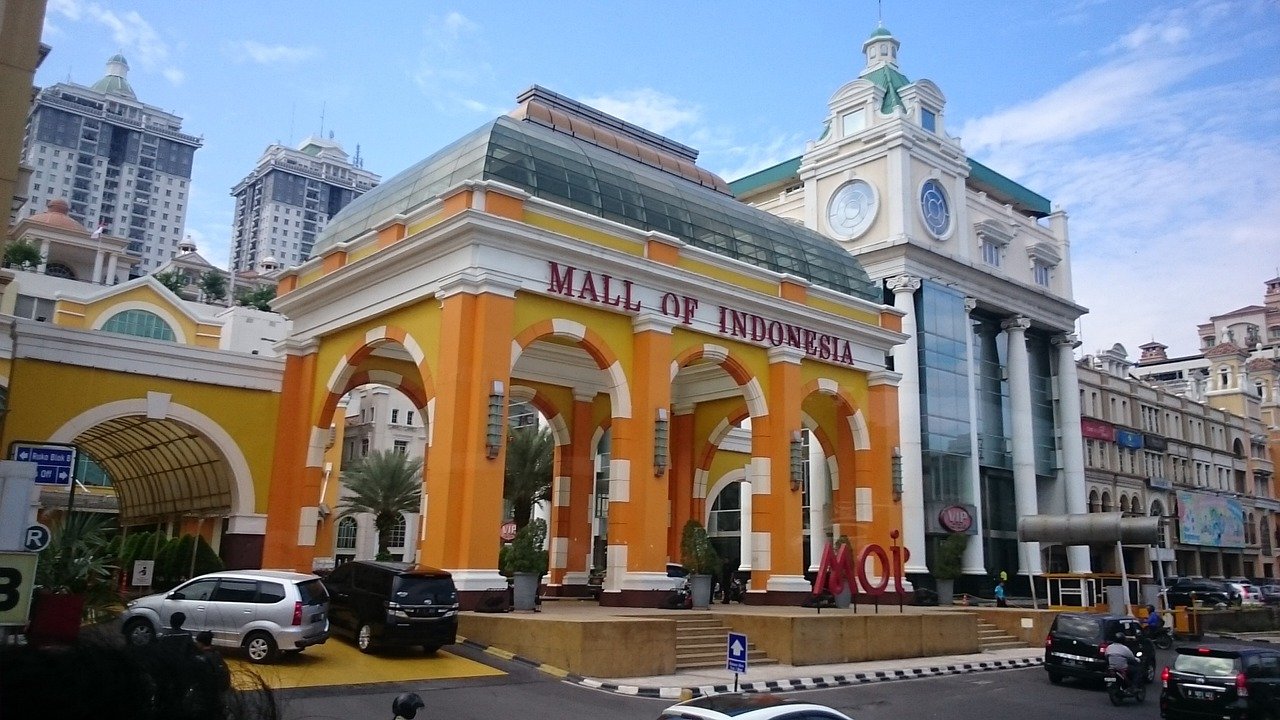 Indonesia is the 16th largest economy in the world and projected to be the seventh biggest economy by 2030. Business in Indonesia can be challenging, and investors should be prepared to exercise tolerance and a willingness to wait for financial returns. Nevertheless, business gains can be considerable.

The country has a burgeoning and increasingly cash-rich middle class, hungry for international brands, opening up promising opportunities for international brands to establish themselves in the market. Opportunities exist across the consumer and retail sectors, creative industries, engineering, education, renewable energy, finance, infrastructure, transport and within Indonesia´s abundant natural resources.

Indonesia is the world´s biggest producer and exporter of unrefined palm oil and the second largest producer of coal, cocoa and tin. The country has a wealth of other natural resources including nickel, gold, coffee and forestry and marine sources.

There are several ways to operate a business in Indonesia including setting up a joint venture company, establishing a representative office and appointing an agent, distributor or importer.

Foreign and domestic investments are regulated by the Investment Coordinating Board (BKPM). BKPM manages Company Law and Foreign Investment Law. Investors must apply for approval from BKPM. BKPM does not assign licenses for investments in banking, financial institutions, insurance, and oil and gas. These are awarded by the industry-specific regulating bodies.

Moving to another country can often be overwhelming, with an incredible number of details requiring your time and attention. This is often accompanied by lengthy and confusing bureaucratic processes. However, help is available from specialist relocation companies, offering tailor-made services, to assess the individual or family’s needs, helping them to adapt, settle in and enjoy their new home and surroundings.

Expatriates in Indonesia can also find a wealth of online support covering all aspects of life in Indonesia and, of course, on the ground counsel and support from a broad and lively expatriate community.

Are you planning to do business in Indonesia? You may need official documents translated or advice on translation for business. Here at Kwintessential we offer a comprehensive Indonesian language translation service, find out more by contacting us today.