A guide to Dubai & The UAE – etiquette, customs, clothing and more…

Dubai is one of the seven Emirates in the United Arab Emirates and the city of Dubai is the capital of the Dubai Emirate. It formed the United Arab Emirates with Abu Dhabi, and other Arabic emirates in 1971. The actual ruler of Dubai is HRH Mohammed bin Rashid Al Maktoum. Dubai is known worldwide for its tall buildings and exuberant architecture, luxury and extravagance, and its excellent career opportunities for foreign professionals.

Location: Dubai is located on the southeast coast of the Persian Gulf. It is a coastal territory that shares a southern border with Oman.
Population: The estimated population of Dubai is 2,269,000 and 2 million of the people who live there are expats, which is approximately 80% of the local population. Dubai has the highest population of all the emirates in the UAE.
Main Religion: Islam
Climate: Generally hot with only 13 days of rain annually between the months of November and April and a temperature of up to 50°C between May and September. The climate is more agreeable between November and April.
Population genders: approximately 1,712,000 males and 557,000 females.
Airport: Dubai’s Airport is the world number one Airport for international passengers with an estimated number of 70,475,635 passengers per year. International visitors account for approximately 62% of arrivals in Dubai.
Social Media users: 2,300,000 million Facebook users and 258,000 twitter users.
Notable buildings: Burj Khalifa: the world’s tallest building, 828 meters.
Public Transportation: safe and reliable metro rail system.
Medical Emergencies: call 999.

Security in Dubai and the United Arab Emirates is generally good. The main risk related to territorial conflicts is the opposition between the Emirates and Iran regarding Abou Moussa Island. It is highly recommended to avoid visiting Abou Moussa Island if possible. The highest risk in Dubai is road safety. Indeed, Dubai is one of the countries with the highest rate of mortality due do road accidents. This is mostly due to poor drivers causing increased difficulties on the roads. The statistics say it all: Drivers aged between 27 and 35 are behind up to 63% of accidents, and up to 98% of passengers in car crashes were found not to be wearing seat belts. The rate of petty crimes such as theft and pickpocketing is reasonably high in Dubai, being among the most common types of crimes. In fact, the authorities believe that the rate could actually be even higher, because petty crimes are often considered under-reported. The homicide rate in the UAE is considered low compared to countries in Western Europe, such as France or Italy. In 2012, the homicide rate in the UAE of Dubai was 2.6 per 100,000 people.

The official religion of the UAE and Dubai is Islam. Islam shapes all aspects of cultural, social and professional life in Dubai. This is why, as a foreigner in Dubai, having some knowledge of Islam would be very useful. Nonetheless, the constitution of the United Arab Emirates provides for freedom of religion, which means that all religions can be practiced and are respected in Dubai.

Knowing the five pillars of Islam is an essential first step in understanding the religion. The five pillars are mandatory religious duties for Muslims. The first pillar of Islam is Prayer. Muslims are required to pray five times a day, every day at specific hours. Muslims are able to know when they should be praying thanks to Al Adhan, which is the call for prayer emitted by mosques. Prayers involve cleansing rituals, and specific gestures and positions. The second pillar of Islam is Fasting during the month of Ramadan. Muslims fast from sunrise to sunset and usually breakfast by eating dates and drinking milk. Non-Muslims should avoid eating and drinking in public during the month of Ramadan when Muslims fast. The third pillar of Islam is Shahada, meaning a profession of faith. This profession of faith has two distinct parts, which involve the belief in a unique God and the belief in the Holy prophet Muhammad. The fourth pillar involves support of the needy, which is called Zakat. The final pillar is the pilgrimage to Mecca, which is mandatory for financially and physically capable adults. 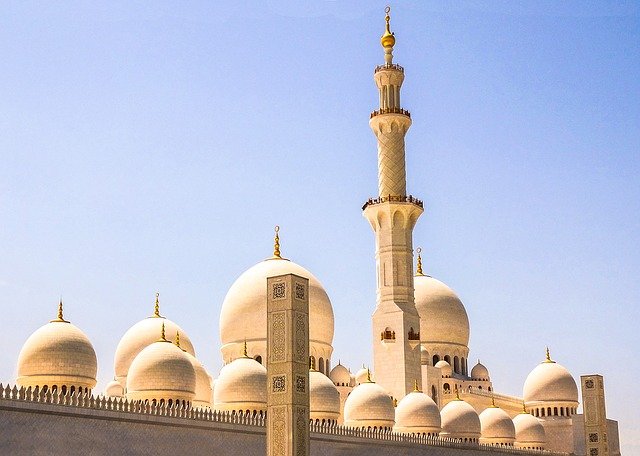 Places of worship can be found all over Dubai. There are many mosques with beautiful architecture. There are also other non-Muslim places of worship, such as St Mary’s Roman Catholic Church and Holy Trinity Church of England. Hindu and Sikh temples can be found, however, there are no Jewish Synagogues. Muslim celebrations are called Eid, which means recurrent happiness. There are two major celebrations, Eid al Fitr, which occurs at the end of Ramadan, and Eid al Adha, which occurs 70 days after Eid al Fitr. Eid al Adha involves the sacrifice of a sheep, which is symbolic for Muslims. Non-Muslim celebrations such as Christmas and Easter are also celebrated and food and decorations can easily be found in shops.

It is highly recommended during your visit to the UAE to be discreet and to conform to local laws to avoid any complications. The UAE applys Muslim law called Sharia, which is based on The Quran and Sunnah. It is important for foreigners to know that proselytising in the UAE is illegal and severely punished. Punishment may include imprisonment or deportation, or even beheading. This may be considered a freedom of speech issue, but criticising Islam is forbidden for Muslims and non-Muslims alike. Sharia law punishes stealing by amputation. And homosexual relations, sexuality before marriage, eating during Ramadan and public demonstration of affection are also punished. Taking photographs of individuals without authorisation is forbidden, all drugs are strictly forbidden. Buying and consuming alcohol is authorised, except during religious holidays, and pornography is forbidden.

Dubai is a cosmopolitan city where it is not unusual to see all types of clothing styles coexisting in harmony. Nonetheless, it is important to dress modestly, especially for women. The dress code for men typically includes long and fluid white cotton robes known as a dishdasha or gandourah. Gandourah is a traditional garment based on religious beliefs. It is ideal for wearing during heat waves; however, a thicker, warmer and darker variant can also be worn during winter. 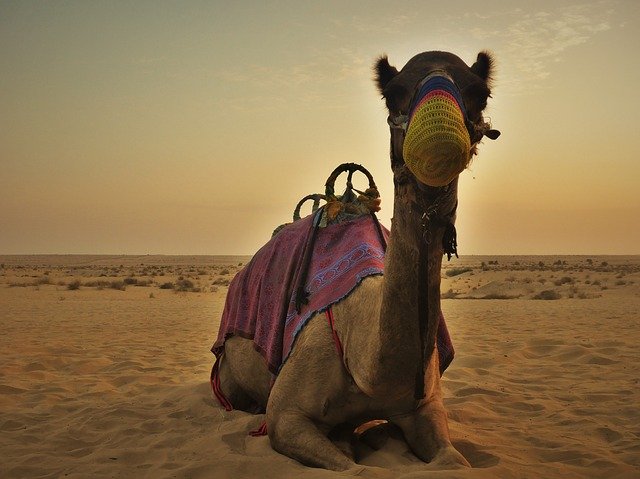 The dress code for women is similar to that of men. Women also wear a Gandourah. However, the details and colours of the gandourah are generally more refined than male gandourah. Women also wear a veil and cover their hair. This is seen as a sign of modesty and submission to God. Greeting Arabs is generally an important step when meeting. The best way to greet Arabs is to gently shake hands. Firm handshakes are considered rude, dominant or disrespectful. Handshakes between men and Muslim women should be avoided. However, handshakes are tolerated when women initiate them. It is highly advised to avoid criticising Islam and Sharia, Local authorities, Politics, and Palestine, as the United Arab Emirates is pro-Palestine.

Buying and consuming alcohol is permitted in the UAE, contrary to common belief. Foreign residents in possession of a permit may purchase alcoholic beverages in specialised shops. Restaurants and hotel bars are also allowed to sell alcohol. Consuming alcohol is only forbidden during religious holidays and the legal drinking age is 21 years old.

Working days in Dubai can vary highly from one company to another. Working days are generally from Sunday to Thursday and many companies are open six days a week and close every Friday. Working hours are 8am to 1pm, and 4pm to 7pm. Long breaks between working hours are a common practice due to the heat during the middle of the day. Dubai professionals generally work 2 hours less during Ramadan.

Dubai is the most liberal of all the emirates, however a modest dress code is expected to be adhered to by everyone. The dress code fpr businessmen should be regular business suits or formal office clothes. The dress code for businesswomen makes it compulsory for women to cover their arms and legs and stay modest at all times in business environments. Skirts and low necklines should be avoided. Women should be well covered in rural areas of Dubai.

When doing business in Dubai, knowing the business etiquette is crucial. Appointments should be made several weeks in advance as a sign of respect and morning meetings are generally preferred. Business meetings can take place in offices, but they can often be informal and take place in restaurants or cafés. Meetings are rarely private and interruptions can often occur. Offering a coffee or tea before the meeting starts is recommended. Punctuality is essential. In Dubai, punctuality is considered a sign of respect.

Handshakes with Arab clients should be gentle and not firm or dominant. Initiating handshakes with women should be avoided to demonstrate your respect. Business conversations and meetings with Arabs are usually informal and friendly. Conversations are overly polite and generally start by inquiring about family or discussing the weather. The topic of family is generally the best choice to begin a conversation. Colleagues and clients should be referred to as Sayed (Mr.), or Sayeda (Mrs.).

Sensitive topics should be avoided at all cost. Criticising an Arab business colleague or client is considered rude. Conflict and negative talk should be kept private, as public humiliation is considered extremely disrespectful.

Doing business in the Arab world? Kwintessential can help you with our business translation services and Arabic translations. Contact us for more information on Middle Eastern cultural awareness and your translation needs.