A guide to China – etiquette, customs, clothing and more… 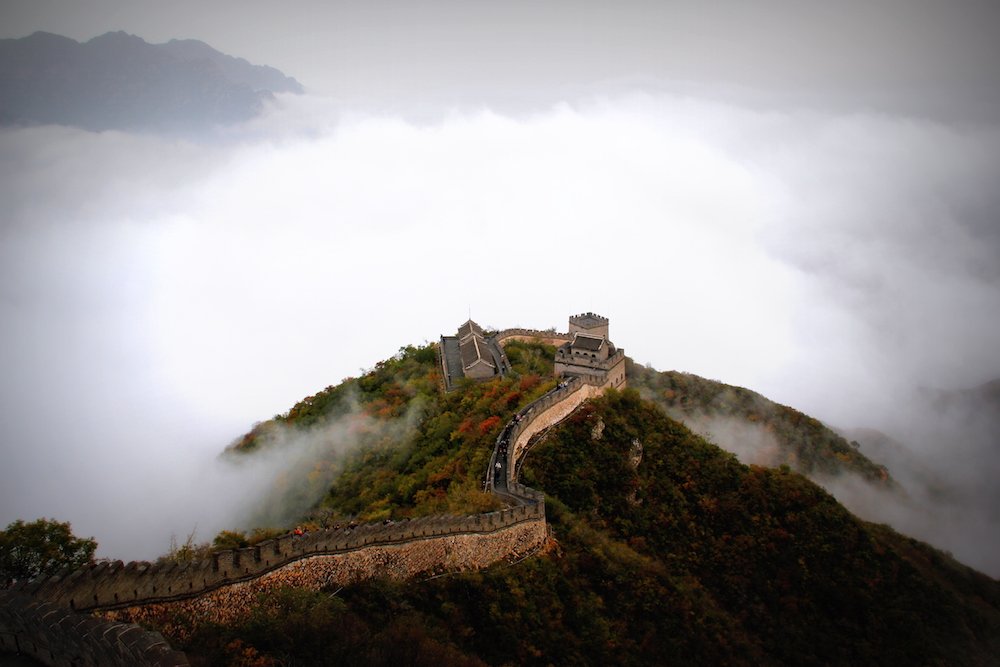 Whether it’s for business or pleasure, the thought of visiting China can be a little daunting for the first time visitor. After all, there is the high-octane energy, the crowded population and the inevitable language barrier (unless you speak a language from one of the 8 linguistic groups). However, with proper planning your visit to the country will be a rich and rewarding one. Knowing where you want to go and how you are going to get there is necessary, and make sure you have realistic expectations on how much is possible during your time there. Believe it or not, there are still tourist packages that offer you The Great Wall, The Terracotta Army, The Forbidden City and a Yangtze River Cruise all in one day. When in China, take your time despite the fact that it is often given the title of the busiest country on the planet.

Most of us have some idea about China’s size and economy, but some of these statistics really put the scale of the country into (epic) proportion:

Approximately 1,336,718,015 people live in China. That ‘approximately’ is used because over around 46,000 babies are born in China each day (that’s several thousand probably born just in the time it takes to read this article). China’s population represents 19.4% of the world’s population. Because of this growing population, the Chinese Government introduced the infamous “one child policy” between 1979 and 1980. This family planning policy, which allowed couples to only have one child, was imposed on 38% of China’s population and is said to have prevented 400 million births. In a 2008 survey, it was reported that 76% of Chinese people supported the “one child policy” although it was notoriously controversial outside of China. In 2015 the law was revised, allowing couples to have two children, (so called “two-child policy”), and was fully implemented in January 2016 – meaning the very first children under that law have just been born.

Perhaps as a direct result of the “one child policy”, 120 boys are born to every 100 girls. The Economist considers this a real problem, in that China will have as many Bachelors as America has men.

China has one of the biggest economies in the world, second only to the United States. Goldman Sachs doesn’t think the US will hold on to the top spot for long, and that they should prepare to be knocked off their throne by 2027 as China takes the crown.. Although, if you believe The Economist, this process might happen by as early as 2019.

In 2016, the Chinese economy reached $12.0 trillion, with a projection to hit $123 trillion by 2040 (just for reference, that is almost three times the total collective output of the whole world in 2000).

As a country gets richer, the spend increases, but it’s a little-known fact that Chinese consumers will account for 19% of the luxury goods spend by 2020. In fact, as of today, 15% of Louis Vuitton’s global sales all come from China. However, there is a significant downsizing in the Chinese luxury goods market as the economy slows and designer brands cool down their physical presence. However, while designer brand expansion slows down in terms of the opening of physical stores, brands are thinking sideways and opening up beauty bars, cafes, and restaurants.

Based on output, China is now the world’s largest manufacturing country. However, it’s not just China’s skills in manufacturing that dominate, but also their innovation, which is considered second to none. For example, China is responsible for the creation of the world’s most powerful supercomputer (processing 2.5 trillion calculations a second).

The official language of China is ‘Standard Chinese’, known as Putonghua – which is a form of Mandarin and is spoken by 850 million people. However, China actually has a whopping 56 recognized ethnic groups, each with their own dialects. The other most important languages in China are the Wu language, the Min language and Cantonese.

When in China, don’t let language be a burden – it’s estimated that a number of Chinese people, greater than the population of America, are currently “learning” English (upwards of 350 million). Meanwhile, 10 million living in the mainland are considered totally fluent and use it regularly. A lot of these English speakers are in the service industries, so you are likely to encounter them in hotels, restaurants, and shops, making your navigation around China much smoother. Don’t worry, however, if you find language a barrier, as almost all Chinese people are used to Westerners and you’ll find your equilibrium and way of communicating. This is particularly true with taxi drivers, who usually speak no English at all – so make sure to always carry something with the address of your accommodation written in Chinese.

Culture includes religion, food, style, language, marriage, music, morals and in a country like China, which is expanding every single day, these values are continually changing and being challenged by a younger generation. Despite this, some elements of Chinese culture hold fast.

The Chinese Communist Party officially rules China and their stance is atheism. Despite this, the Chinese Constitution states that people are allowed to practice any religion they want – although the only real legal religions are Buddhism, Taoism, Islam, Catholicism and Protestantism (the rest are illegal).

The largest celebration for the Chinese is known as the Spring Festival (also known as Chinese New Year). It traditionally falls between mid-January to mid-February, lasts 15 days and is celebrated by 1/5 of the world’s population. Most of us will be familiar with the age-old custom of naming each year after an animal – 2018 is the year of the Dog – but the celebration encompasses much more, with the undertaking of a daily act to mark the new year – such as eating rice congee and mustard greens to cleanse the body, as well as fireworks and dragon parades. 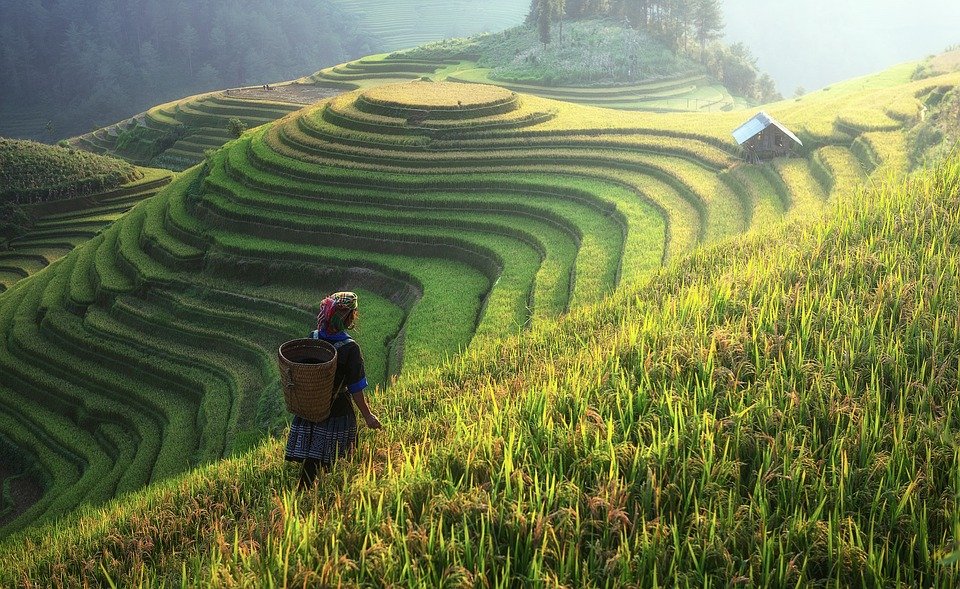 Chinese people are famed for their love of eating – so much so, the (exaggerated) saying has become quite popular today: “the Chinese eat everything with four legs, except for tables, and everything that flies, except for airplanes”. It is therefore reasonably likely that you might be invited to dine locally with some Chinese people – be it for business or pleasure. Do seize this opportunity to really experience Chinese cuisine away from the beaten path and witness some traditional dining customs like these:

It’s polite to sample all the dishes, but do not clear your plate – a small amount left on the plate demonstrates the generosity of your host.

Do not put small bones in your bowl or elsewhere. Instead, use a tissue or hand to place them in the small plate provided.

Prepare to give chopsticks a go, they are a fun part of dining. Under no circumstances should you place your chopsticks upright in your bowl, since this symbolizes death.

The Chinese put a huge amount of importance on time, and as such how early you are is used to reflect how much importance you have for the meeting and how much you value those in attendance. It’s not uncommon for those attending a meeting to show up a full hour before the scheduled start time.

Despite, sometimes, seeming so different to us in the West, China actually has some similar etiquette ‘rules’. For example, when introducing yourself for the first time, be sure to do as you would in Europe; use your full name and, if in a business setting, your job role. Just like in Europe, if you are being introduced by someone as part of a group, wait until your turn and then acknowledge the introduction and shake hands when appropriate (a handshake remains a world-wide introduction gesture, even in China). Be aware that the Chinese value business cards a lot, so have yours ready to exchange during this introduction. In China, it’s common to hold your business card with two hands, pass it over, and receive one in the same way (your receiving gesture goes a long way to communicating the importance of the business represented in your hands).

Saying that, there are some rules of introduction with regards to seniority and even sexes:

1. The junior should be introduced to the senior first;

2. The male should be introduced to the female first;

3. The inferior should be introduced to the superior first;

4. The host should be introduced to the guest first.

The place of honour is always to the host’s right on the sofa or in chairs that are opposite the room’s doors, and this is where the most senior person should be seated. If the meeting is held around a large conference table, then the guest of honour sits directly opposite the host. This is particularly common if the meeting is between Chinese and foreigners, with the Chinese on one side and foreigners on the other.

Often the Chinese can be seen to ask invasive questions with regards to marital status, family, and age. This is done to establish some common ground quickly, which the Chinese consider to be important with those they work with.

It’s noted that the Chinese tend to use less non-verbal communicators than Westerners; in fact, they are rarely seen using their hands as a sign of expression. If you can limit your hand movements, really paying attention to what you say and how you say it, you’ll better mimic the Chinese style of communication. 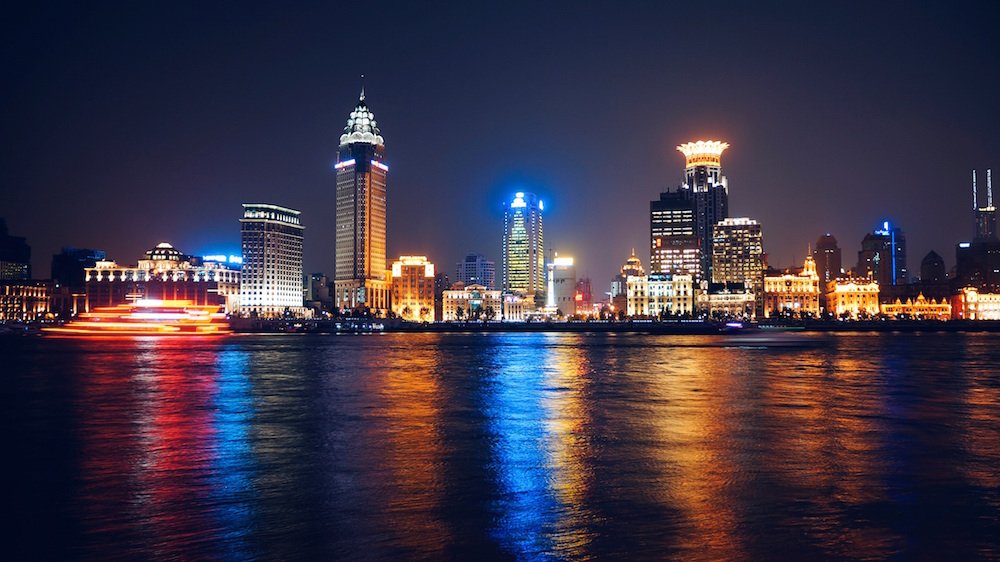 The areas of China (excluding Hong Kong) that are the most popular amongst expats are Shanghai, Beijing, Tianjin and Guangzhou. In Shanghai alone, there are approximately 255,000 expats. It is said that, compared to the west, expats living in China find themselves with a larger disposable income due to lower costs of living and higher salaries with lower tax brackets. Along with their salary, some expats even receive pollution hazard pay due to the poor air quality in some cities, like Shanghai. So while China is still a developing country for locals, expats can find themselves with a higher quality of life.

Some key facts every expat should know:

Moving to China might represent a challenge, even for the most hardened expat, but it has to be noted that China is in a momentous period of change and it’s a fantastic time to be part of it. Despite being under communist rule, a great deal of money is being invested into the infrastructure of the country and it’s become a great place for international relocation. The trick is to find the support networks (like expatriate groups) in place to help with the relocation and integration.Chinese Translation Services From Kwintessential

If you’re planning to expand your business into China, you will need a reliable and professional agency offering Chinese translation services.  Here at Kwintessential we have experience working with businesses in their language translation needs, get in touch to see how we can help your business.