A guide to Saudi Arabia – etiquette, customs, clothing and more… 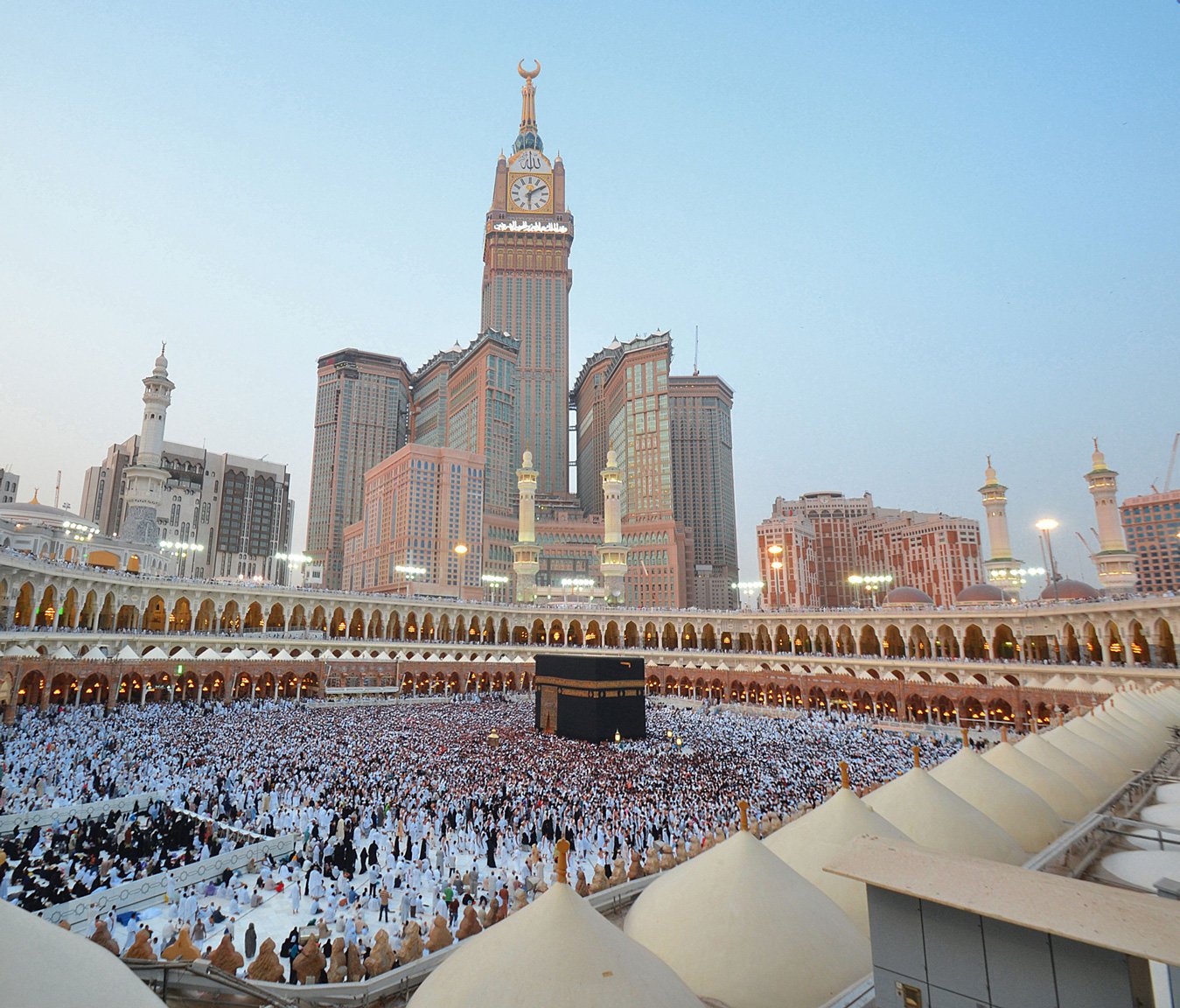 The Kingdom of Saudi Arabia (KSA), once an underdeveloped desert country, is now the fifteenth largest global economy thanks to substantial oil and gas reserves and its place as the world’s leading producer of oil.

Bordered by Iraq, Kuwait, Oman, Qatar, the United Arab Emirates and Yemen, Saudi Arabia mostly consists of desert accompanied by a harsh climate and temperature extremes. The country is governed as an absolute monarchy by the ruling family, the House of Saud, dating from the nation’s hard-fought unification and inception in 1932.

The kingdom is currently overseen by the King and First Deputy Prime Minister Salman bin Abd al-Aziz Al Saud who took over the reins of power in 2015. Considered the birthplace of Islam, Saudi Arabia contains two of Islam’s most holy shrines located in Medina and Mecca, destination for the annual Hajj pilgrimage. This fact, in addition to a strict interpretation of Islam termed Wahhabism, has resulted in the creation of a highly religious national identity.

Sparsely populated, its 31 million inhabitants are predominantly young and highly urbanised with over 80% living in towns and cities such as Jeddah and Riyadh, the extensively modernised capital. Saudi Arabia is also home to more than 10 million foreigners who have relocated for work, including over 100,000 European and North American expatriates.

Around 90% of the population are Sunni Muslim while the remainder are predominantly Shia, although other faiths are also represented including Christianity and Hinduism. Although Arabic is the official language, English is widely spoken, especially in business, and is a compulsory second language in schools.

The only Arab nation forming a part of the G20 economies, the kingdom has achieved high human development and currently ranks among high-income countries according to World Bank indices. GDP stands at US$646 billion dollars with GDP per capita PPP reaching record levels of over US$50,000 in 2015, the 14th highest in the world. However, the kingdom’s continuing dependence on oil revenues combined with low global oil prices has led to a projected economic contraction in 2016.

Saudi Arabia has rich cultural traditions founded on its bygone role as a centre for ancient trade, its Bedouin heritage and its’ deep Islamic roots. Archaeological evidence shows that human beings have inhabited this area for over one million years, highlighting a long history of civilisation peppered by many different kingdoms and states and enriched by its geographical location at the heart of ancient international trade routes.

Modern-day Saudi Arabia is a traditional and highly conservative society, fundamentally based on strong religious values, beliefs, and customs to which it is expected that expatriates and visitors should respect and adhere. All Saudis practice Islam, which provides guidance and rules for their personal, economic, political, legal and social lives. Religious obligations such as prayer times are embedded into public and business life and are not considered flexible, and most businesses will close on a Friday, the Muslim holy day. 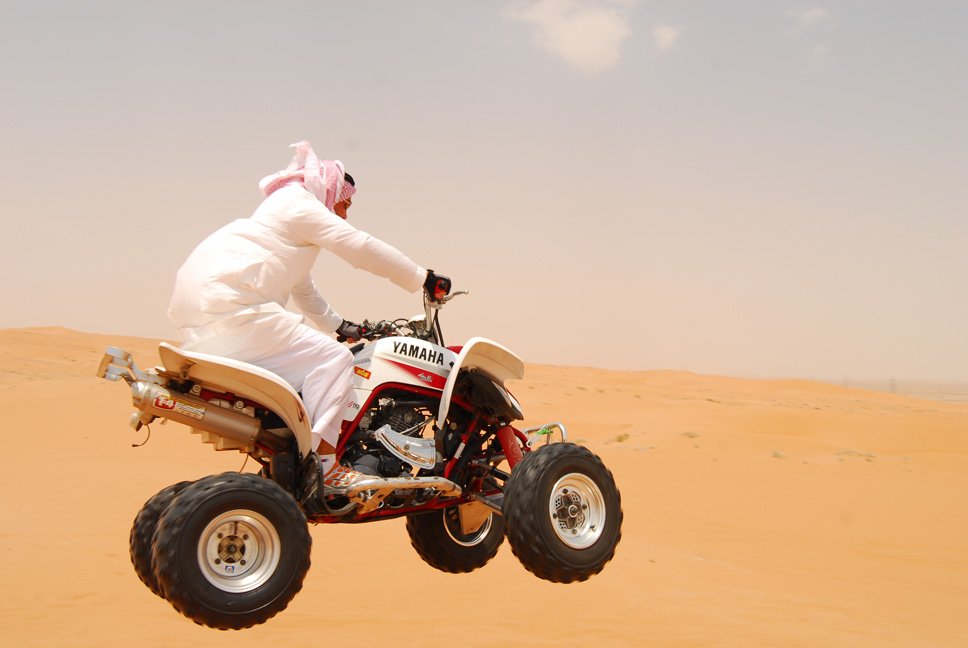 Despite their deeply conservative culture, Saudis describe themselves as inclined to live for the moment, demonstrative and loud, and with relaxed views in relation to time-keeping and punctuality. Saudis are also highly family-oriented. Family bonds are strong and the family is still considered the single most important social institution. Family ties and loyalties pervade all facets of Saudi life, including the business world, and are the principal basis of individual identity, status and social alliances.

Saudis are also highly conscious of their lineage, their clan ties and their extended family, and obligations are taken seriously while providing a safety net in times of family need. Nepotism in business is not seen as harmful, but instead as showing the key importance of employing people that are known and trusted.

Although Saudi families are traditionally highly patriarchal, the role of women within the family is gradually extending into the workplace following significant encouragement by the late King Abdullah bin Abdulaziz and new labour policies. This is leading to an increased growth in the number of Saudi Arabian working women and a noticeable rise in female entrepreneurship.

Generally,  Arabs are tolerant of social blunders and are not likely to take offence if arising from ignorance. However, being aware of local customs and etiquette always shows good manners and will ensure a warm welcome to visitors.

Many foreigners new to the country will have to adapt to significant limits to public interaction and contact between men and women, even in business environments. Saudi Arabia is the most gender-segregated country in the world and public places such as shopping malls, restaurants and the workplace have entire areas which are female-only. Female businesswomen meeting male counterparts in public locations are expected to be accompanied by another male.

Civility is valued highly by Arabs and therefore respectful greetings are important. Many variations of greeting exist in Saudi Arabia, so it is often best to follow the lead of Saudi counterparts. Greetings are generally warm and involve a strong handshake, strictly with the right hand, and depending on the degree of familiarity an embrace with kisses on alternate cheeks. However there is little to no physical contact between men and women during public greetings.

Appropriate dress is taken very seriously in Saudi society and is an aspect which foreign visitors should familiarise themselves with to avoid giving offence. In public Saudis and visitors alike are expected to dress conservatively and foreign men should always wear long trousers, not shorts, and long-sleeved shirts. There are specific rules for female dress outside the home including covering the hair and wearing the abaya , a traditional black over garment.

Although non-Saudi, non-Muslim women are not expected to wear a veil, it is advisable for foreign women to wear the abaya and to carry a headscarf for occasions where covering of the hair is appropriate. Adapting clothing and behaviours to the local circumstances is critical, particularly for women, and can help in establishing new business relationships.

Hands and feet also feature prominently within Saudi etiquette and are linked to specific customs. When shaking hands or accepting refreshment, for example, the right hand should always be used, as the left is considered unclean. In the same way the soles of the shoes or feet should never be shown as this is perceived as insulting to the host, and highly offensive. Therefore feet should be kept flat on the ground or extreme care should be taken when crossing legs.

Doing business in Saudi Arabia involves understanding that while the kingdom has adopted many of the business methods and styles common in the West, as with any country its own cultural traditions persist.

The most fundamental of these is the importance placed on trust in business. Saudi Arabians look to do business with those they know and trust and therefore dedicating time, effort and patience to building relationships is critical to success. Consequently, expect to make a number of personal visits to advance this process. Knowledge and understanding of the essential concepts of Islam will help to establish a foundation upon which trust can be built.

Initial business meetings will mainly revolve around getting to know counterparts and therefore detailed discussions should not be expected, nor rapidly decided business agreements. When making social conversation, family, health, home town and activities are safe topics, but avoid enquiring after a Saudi counterpart’s female relatives. Unlike many other countries gifts between business counterparts is not the norm although small gifts can be given when invited to someone’s home.

Business meetings should always be arranged a few weeks in advance and if possible scheduled in the morning. Punctuality from foreign visitors is expected although it is considered acceptable, in keeping with the Saudi’s flexible view of time, to keep them waiting, and meetings can often be cancelled. Until the relationship and trust have developed meetings are often not private and regular interruptions can be anticipated. While business cards are not essential, they can be given to all contacts and if given should have one side translated into Arabic.

During meetings Saudis are inclined to an indirect communication style that avoids open criticism or giving a direct “no” so that counterparts do not lose face. A Saudi may either suggest that changes are needed or say nothing at all. Foreign visitors should adopt a similar style as criticism may not be interpreted as it is intended. Communication can be loud nevertheless and sometimes appear aggressive to Western ears but should be taken as an indication of interest and engagement. Conversely, silence or reservation in foreign counterparts may be perceived as a sign that something is wrong. 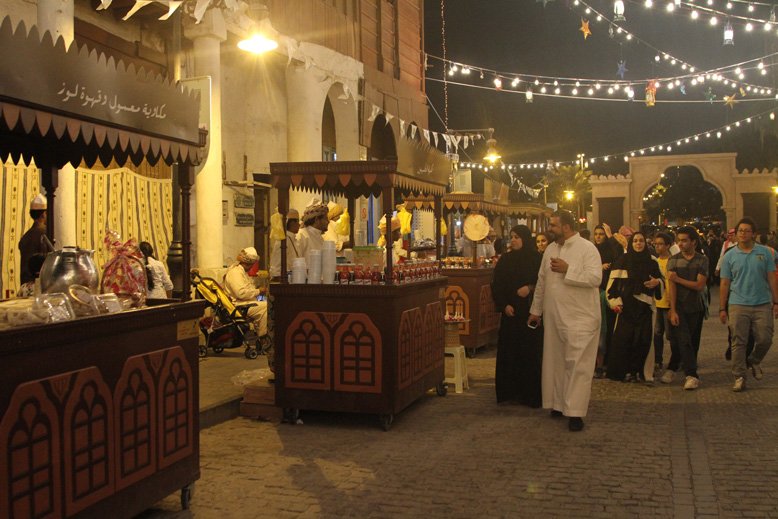 Saudis are skilled negotiators although decisions are made slowly entailing several layers of approval. The process should not be rushed and may require several visits. Decision-making is emphatically hierarchical and decisions will be deferred to the highest-ranking representative, although they can be easily overturned. High-pressure tactics should not be used as this will be interpreted as disrespectful and potentially placing Saudi counterparts in a position where they lose face.

Living and Working in Saudi Arabia

Relocating and working in Saudi Arabia can present significant culture shock to those that originate from different cultural traditions, however by respecting the Saudi way of life most foreigners are able to adapt successfully and enjoy a comfortable, high-quality lifestyle.

There are many aspects to be aware of when relocating to the country. Visas are necessary for every non-GCC national entering Saudi Arabia, obtained before arrival, in addition to a passport valid for at least six months. It should also be noted that all visa applications will need to be sponsored by an individual or company who vouches for the person’s behaviour while in the country. When relocating to Saudi Arabia for work, the work visa or Iqama is required which can be obtained upon presentation of an employment contract, relevant credential documents and the results of a comprehensive medical examination to Saudi authorities in the home country.

The cost of living is generally lower than or equal to other Middle East destinations; however, expatriate housing can be expensive and limited, especially as most foreigners make the choice to live in compounds where Saudi traditions are less enforced. Housing outside of the compounds is generally cheaper but can result in a less inclusive experience. The quality of healthcare in the kingdom is high, but it is not free to foreigners and therefore private health insurance is greatly recommended.

Expatriate children are not allowed to be enrolled in the Saudi state education system, and therefore all attend diverse international schools, either privately run or organised by embassies, or boarding schools in the home country. International schools are generally co-educational and demand is high within the growing expatriate community, therefore it is advisable to apply for registration as soon as possible.

Certain elements taken for granted in other cultures are prohibited in Saudi Arabia. Being a strict Muslim country, the consumption of alcohol is forbidden and serious punishments can be meted out for breaking alcohol laws. Women are also not allowed to drive in Saudi Arabia, although expatriate women do enjoy more freedoms than those native to Saudi Arabia. Adapting to these differences can be challenging, however, expatriates highlight that a positive, patient attitude is the key to living happily in the kingdom.

Doing business in the Arab world? Kwintessential can help you with our business translation services and Arabic translations. Contact us for more information and quotes.