A guide to Chile – etiquette, customs, clothing and more…

Chile is a South American country bordering Peru, Bolivia, and Argentina. Geographically, the country is long and narrow, and lies between the Andes Mountains and the Pacific Ocean. The country also encompasses the Pacific islands of Juan Fernández, Salas y Gómez, Desventuradas, and Easter Island. It is a land of great contrasts, from big cities with a vital urban culture to vast swathes of natural beauty including both the desert and the sea. If you’re looking to do business, travel, or live in Chile, here’s some basic information to help you understand the country and its culture.

Known for both bustling cities such as Santiago and Valparaiso, Chile is also home to the vast arid Atacama Desert, forests, fjords, canals, lakes, and islands. The business and cultural urban hubs of the nation are located in its central region.

Chilean Spanish is somewhat different to the Spanish spoken elsewhere in South America. It is accented distinctively, with final syllables and “s” sounds dropped, and soft pronunciation of some consonants. There are also several indigenous languages spoken in Chile: Mapudungun, Quechua, Aymara and Rapa Nui. German is additionally still spoken in southern Chile, where German immigrants settled.
English is also fairly prevalent, due to government programs such as the English Opens Doors Program, which made English mandatory for students in fifth-grade and above in public schools.

Chileans frequently use the voseo and tuteo forms for the intimate second person singular in spoken language, but neither are used as part of a written document except as reported speech. Voseo of any kind is considered poor linguistically. Non-natives should refrain from using vos; tuteo is the only accepted form of writing the intimate second person singular. Usted is used as a pronoun for all business and other formal interactions. 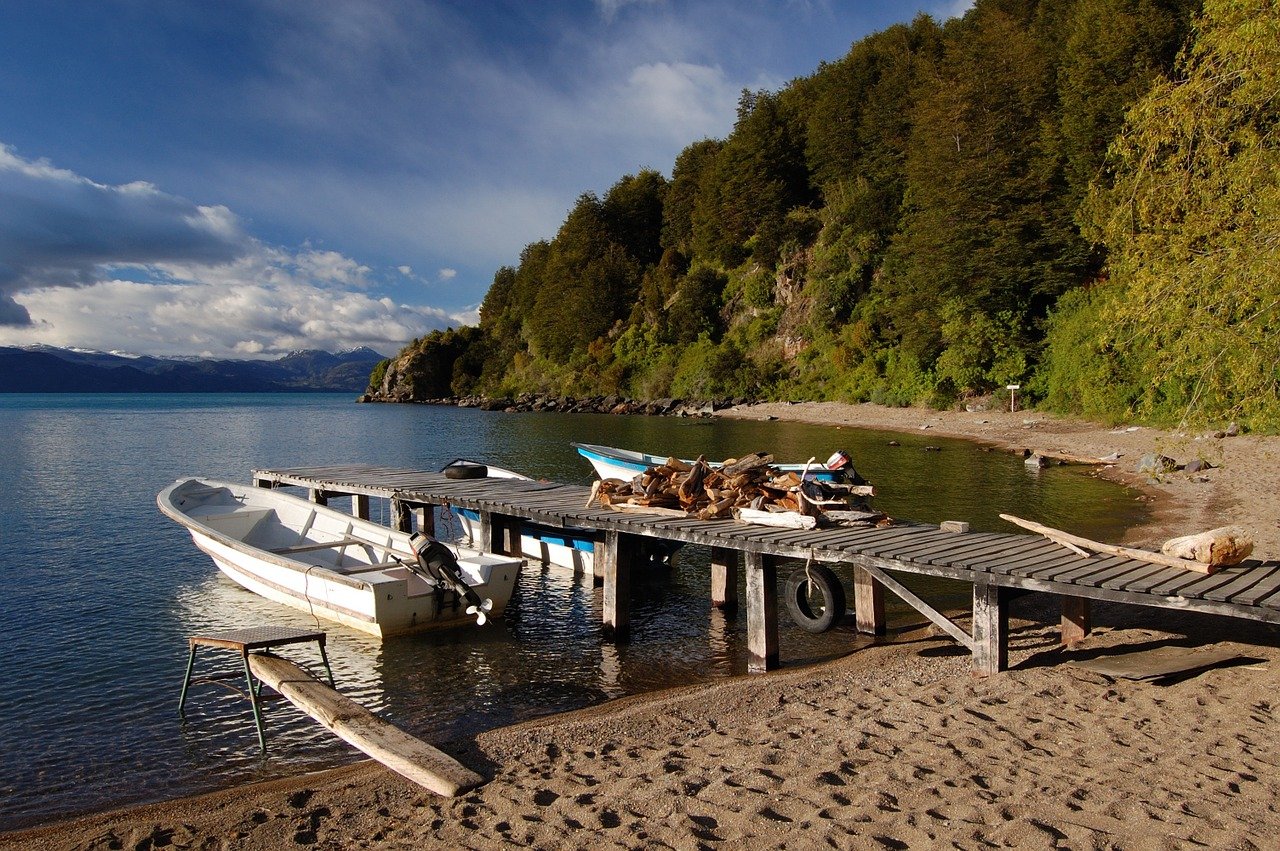 Before Spanish domination, Andean culture formed the fabric of Chile in the northern portion of the country, while to the south; regions were more strongly influenced by the Mapuche culture.

Following the Spanish conquest of Chile, other European influences also became prevalent, such as that of the English, French, and German in the 19th century. German architecture and cuisine are highly prevalent today in the south of Chile, in cities such as Valdivia, Frutillar, Puerto Varas, Osorno, Temuco, Puerto Octay, Victoria, Pucón and Puerto Mon.

Music in Chile includes a broad variety of musical styles from Mapuche folk music to traditional Chilean Spanish songs, pop, and classical music. Literature is a vital part of life in Chile, and Chileans call their country the “country of poets.” Chile’s most famous poet, Pablo Neruda, received the Nobel Prize for Literature. Best-selling and renowned novelists include the internationally regarded Isabel Allende, Jose Donoso, and Roberto Bolano.

When it comes to food, it is varied due to the country’s geography, and ranges from traditional empanadas and asado to seafood, beef, and locally sourced fruits and vegetables. German immigrants to the south introduced the country to mayonnaise, beer, and yogurt; shellfish and rice bread stem from early ethnic influences.

Chileans are proud of their country and their literacy rate of over 95%. The culture and religion is primarily Roman Catholic, and the family unit is of great importance in terms of social structure. The father is considered the family head, but the mother’s importance is respected as well. Education and family background are often scrutinized, race is not considered important.

When meeting and greeting, Chileans are often warm, and look for reciprocation from visitors. Common greetings include a handshake, hug, or a kiss on the right cheek. Visitors should greet the head of the household or a senior individual first. Chileans stand closer to others than most North Americans or Europeans, and it is considered rude to back away. It is also considered rude to click your fingers or beckon with an index finger.

Names and forms of address

Chileans commonly have a given name followed by two family names, which are the name of the father followed by that of the mother; once married, women may take their husband’s name as a given name as well, often preceded by “de” (of).

The business atmosphere in Chile is formal, with punctuality expected and respected; conversely Chileans may be up to thirty minutes late, and do not like to be pressured or rushed. Personal, family, and company background is important in conducting business, where family and friendship play large roles in minimising red tape.

Business decisions are decentralised with most made at the top level; it is customary to meet with representatives at the highest level initially, with subsequent meetings made with middle level executives. Secretaries serve as screeners for executives. Face to face business meetings are preferred over the telephone or email correspondence, although email correspondence is acceptable.
Interruptions during presentations are to be expected: in Chile, this is a way of expressing interest. Negotiations are straightforward in general, but it is important to always get written confirmation of agreements. 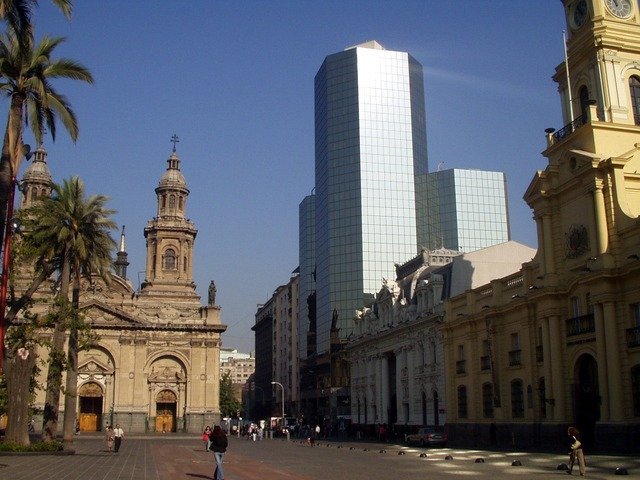 Business lunches can be long, and using correct European table-manners is key. Licking fingers or using toothpicks is considered rude. So is leaving directly after a meal: stay for conversation. There are no separate bills; the person who issues an invitation pays. Payment should be arranged in advance if hosting. Women should note that even in business, men expect to pay for a meal.
Arrival time for social occasions is on the late side: being fifteen to thirty minutes late for dinner and thirty minutes late for a party is the custom.

Certain subjects are considered unacceptable for light conversation, such as politics, human rights, and comparing your own country to Chile. It is polite to talk about and show interest in family members, especially children.
While Chile is an easier place for women to conduct business than other parts of South America, businesswomen may still encounter a patriarchal business ethic. Men may also stare at women, this is considered flattering.

Sophisticated European style is the norm, with men expected to wear jackets regardless of weather, and dark conservative suits the appropriate business style. Women should wear business dresses and suits; bare legs are acceptable.

When it comes to gifting, business gifts are not expected until a relationship is established, and tastes are conservative, including items such appointment books, pens, office accessories, or alcohol. For social occasions, bringing flowers to the host, wine, chocolates, or local art objects are all appreciated.

Moving to Chile is a fairly easy transition. The country has a dynamic economy and large amounts of foreign trade; the nation exhibits sound economic policies based on Free Trade Agreements. The population overall is extremely warm and welcoming to both visitors and expatriates. 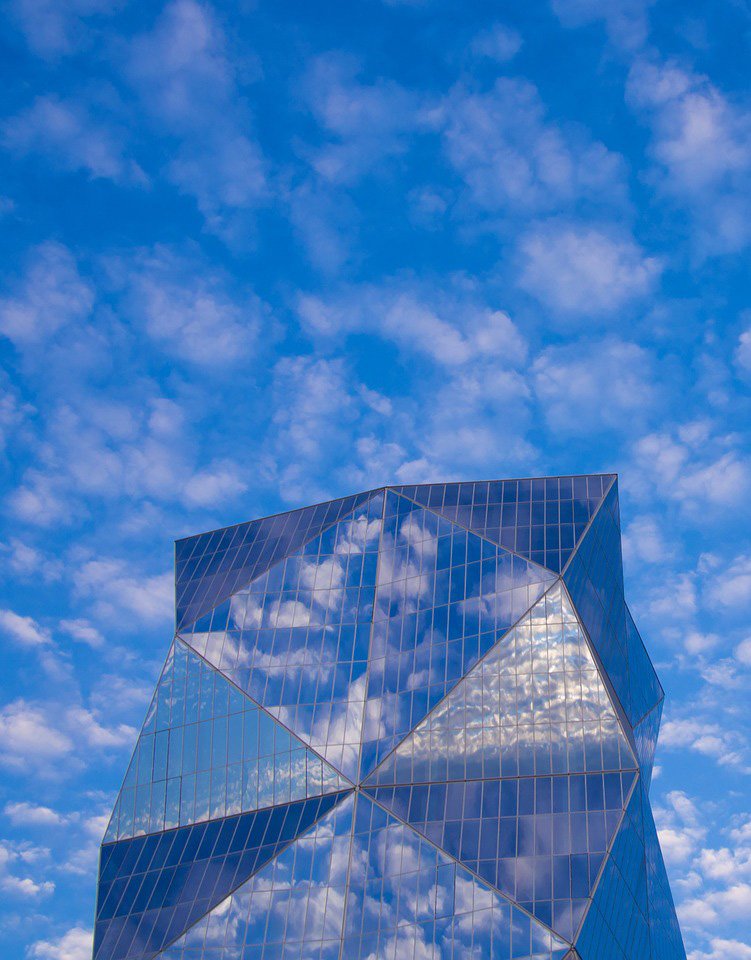 The country’s capital, Santiago, offers exciting dining, shopping, sports, and entertainment as well as being a business hub that generates half the country’s GDP. Transportation is excellent in the city; throughout the nation, bus transport predominates. Chile is also home to many airports nationwide, and Santiago is the headquarters of Latin America’s largest airline holding company, the Chilean carrier LAN Airlines. When traveling between regions, flying is often the most efficient form of transportation.

However, reaching business and social contacts throughout the country does not necessitate physical travel, as Chile also has one of the most advanced telecommunications systems in South America. The country is remarkably literate in terms of the World Wide Web – well over half the population uses the Internet.

Chile’s telecommunications system is not the only aspect of the country that is efficient and modern. Water supply and sanitation are both high quality, and health care is superior. Chile offers both private and public healthcare insurance. Chile was among the first Latin American countries to introduce health care funded through mandatory salary deductions. However, expats will find that unless they have established residence and are paying Chilean tax, they are not able to receive free public health care benefits. All the same, there are a variety of excellent private health insurance options to choose from.

When it comes to education, while some expats opt to send their children to international schools, both public schools and private education options are available. While Chile stresses the importance of achieving high levels of literacy, there is some disparity between public and private education. Public schools in Chile accept expat enrollment, but there is little accommodation for students who speak Spanish only as a second-language or not at all. Many local residents as well as expats select private education as an alternative, due an overall higher quality of education; however expats should note that many of these private schools have a religious foundation.
Banking practices can take a little getting used to – international transfers usually take time, and getting a bank account itself is also very time-consuming. Banks frequently only allow expats to open a local account after they’ve resided in Chile for two years. Beyond that issue, those wishing to open an account must have a RUT or Rol Único Tributario number, as their tax identification and national ID number while in Chile. Finally, often a substantial amount of credit must be proven available by an expat before a bank issues an account.

The solution: open a savings account rather than a checking account, known as a Fondos Mutuos or Mutual Funds account at a Chilean bank using an issued RUT number. Or, if without a RUT, those with temporary residency can set up what is called a Cuenta Vista account, a basic savings account that comes with an ATM card, and can be used for domestic transactions only. Alternatively ATMs are available throughout Chile, allowing access to international bank accounts 24/7 and eliminating the need to establish a bank account in Chile itself. Expats can request salaries be paid into their overseas bank accounts and access funds in this way. And, credit cards are also in wide use in Chile, further easing the strain of the complex bank account procedures.