A guide to Argentina – etiquette, customs, clothing and more…

Argentina is historically a commodities’ supplier to the world. It is the homeland of many well-known athletes, footballers (D. Maradona, L. Messi), scientists (C. Milstein, R. Favaloro), artists and writers (C. Gardel, J. L. Borges, J. Cortazar, D. Borenboim), of internationally influential personalities (J. D. Perón, “Che” Guevara, M. Zorreguieta, Pope Franciscus). All this has positioned Argentina as one of the best tourist and commercial destinations in the world. Its industrial potential and human development make it one of the standout countries of the region.

Argentina is the second largest area of land in South America (about 2,800,000 km2). Chile lies to the West, while Uruguay and the Atlantic Ocean are on the eastern boundary. Argentina’s Northern Boundary is almost in the centre of South America. The far southward limit is the Drake Passage and beyond that Antarctica and the icy South Pole.

Although some of the mother tongues of ancient peoples are still spoken in certain regions such as Guarani and Quechua, Spanish is the official language of Argentina. It is the largest Spanish-speaking country in the world. Most of the population, who are highly literate, are descended from Europeans, most notably Spanish and Italian, who arrived in several waves of migration during the colonial era.

Argentina is the second largest economy in South America and the national currency is the Argentine Peso. Regarding the country’s GDP’s purchasing power, Argentina is the world’s 23rd richest country, and is part of various important international organizations, such as MERCOSUR (South America’s Trade Fractious Bloc), UNASUR (Union of South American Nations), OAS (Organization of American States), and the G-20, among others.

The Argentine Flag and the National Coat Of Arms are the main national symbols. Two horizontal light-blue stripes at the edges and another central one in white form the flag. “En unión y libertad” (“In unity and freedom”) is the coat of arms’ official motto. The National Anthem, created back in the early 19th century, is sung at official ceremonies and every morning at schools all over the country. The most prominent Patriotic Dates are May 25 (May Revolution, 1810) and July 9 (Independence from Spain, 1816). 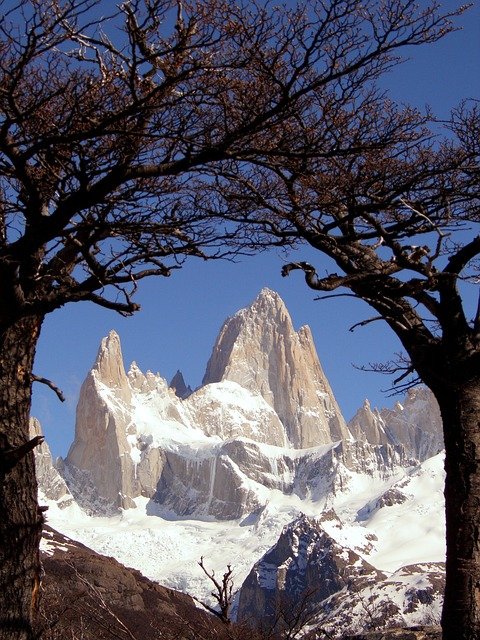 The mountain range known as the Andes Cordillera crosses the country and acts as a backbone that reaches from the far north to beyond the southern continental boundaries. The highest peak is the Aconcagua (6960 m a.s.l.) in the province of Mendoza, Aconcagua is actually the highest mountain in the Western Hemisphere.

The flatter plateaus sit next to the Andean mountain regions through its lengthy expansion, presenting a variety of interesting landscapes that complement each other. Beyond the highlands, the plains are spread eastwards. Forest areas and green flatlands (the pampas), are crossed by river systems that provide life and unforgettable landscapes.

Thanks to its location and extension, we find a climate ranging from subtropical and arid in the north (like California or Greece) to polar in the south.

Argentina adopted a Representative, Republican and Federal democracy form of government from the mid-19th century onwards. So power is maintained by: the Government (“Ejecutivo”), the Legislative (the “Congreso”, namely the Parliament), and the Judiciary (Supreme Court of Justice). The 23 provinces are autonomous and divided into “departamentos” (districts, called “partidos” in the province of Buenos Aires), in turn these are subdivided into “municipios” (municipalities, cities, towns, etc.). The country’s Capital, the City of Buenos Aires, is considered an autonomous state.

The President, who rules the country, has their term renewed every four years by the free and compulsory voting of all citizens. The provinces are led by each governor (“Head of Government,” in the City of Buenos Aires); and the municipalities, by an “intendente” (Mayor).

Formal education in Argentina begins with preschool (between 2 and 5 years of age) and then primary school (6 to 12). After high school, at about the age of 18, you can attend a public or private university, or at any higher education institute. The school term generally lasts nine months, from March to December. There’s a winter vacation period at the end of July, and a longer period during the summer (December-March). Casual and everyday clothes can be worn by students at all levels, though some schools can demand school uniforms.

There are few titles in Argentina. In formal contexts, it is recommended to address individuals by their professional degree (“doctor,” “professor,” etc.). You can also use titles out of respect, according to gender, followed by the name: “Señor,” for men; “Señora,” for older and married women; “Señorita,” for a young or single woman.

Argentinians are not characterized as being punctual, but keeping to a schedule is expected in business contexts. They are generally well educated with a literacy rate of 98.1%.

When arriving at your first meeting, some casual small talk before the meeting is to be expected. Some good topics to start with would be sports, particularly football, or entertainment, such as music and movies. It is not advisable to talk about sensitive issues such as politics, or the Falklands War (“Guerra de las Malvinas”, in Latin America). 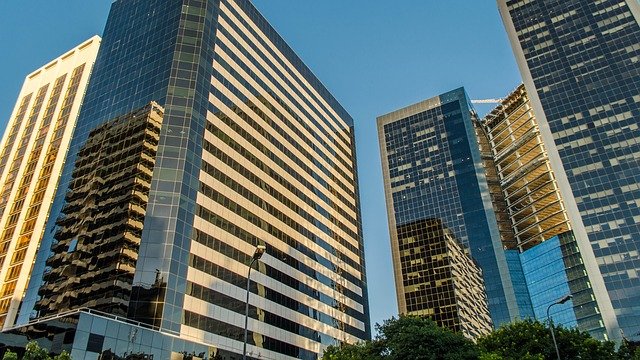 Argentinians usually keep close physical contact when speaking to someone. During a conversation, for example, reaching over and touching someone’s shoulder is a sign of friendship. Greeting with a kiss, regardless of gender, or with a brief hug is also one of the ways of adding contact when meeting family or acquaintances. In formal environments, shaking hands while maintaining eye contact will suffice.

Gays and lesbians, even transsexuals, coexist harmoniously, becoming increasingly integrated into society. Argentina is actually one of the most progressive of the South American countries. In all cases, safe sex is an extended practice.

Argentinians drink a typical infusion called “mate”. It is a small metal or wood vessel containing a herb known as “yerba mate.” Near the straw (“bombilla”), hot water is poured (do not stir the straw, it is not used as a spoon, since that movement can ruin the infusion). If you are invited to drink it, just take little sips until you finish it, and return the container back to the person who gave it to you in the first place. You will see that the “mate” will return to your hands filled up again. The drink may be slightly bitter at first, so if you decide that you do not like it, avoid vocalising your displeasure. Just refuse it politely and no one will be offended. Mate is a widespread tradition among the Argentine people, a kind of healthy and friendly ritual for them. Young people and adults, even children, usually drink it at any time, sharing it with others, at home, school, work or meetings. It is legal and healthy.

Alcoholic beverages are prohibited for those under 18 years of age. Having small amounts of drugs is considered illegal, even for foreigners.

Argentinians are fond of welcoming “all those from the world who want to inhabit the Argentine lands” (1853 Constitution). The history of the country is interwoven by waves of immigrants (Chubut is a province founded by Welsh people). So, communities of people such as British, Irish, German, French, Korean, South African, etc. are important parts of Argentinian society.

Although nowadays it can be difficult for a foreigner to find a job easily, if you speak fluent Spanish there will definitely be the opportunity to get a job as a teacher of English. Being a native English speaker is a skill often sought by many international companies for teaching their employees. Working as a translator in tourist areas would be another suitable alternative, not only in Buenos Aires, but in Patagonia, Córdoba, and the northern provinces of any corner.

You can rent a room in a hostel in most cities, paid monthly. Or if you are looking for something bigger with more privacy you can rent a small apartment, but these commonly come with two year contracts. This ends up being a much more expensive alternative, since you will need to pay a security deposit and other expenses. In addition, you will need a “garantía,” meaning a resident will have to vouch for you and be willing to pay for you in case you cannot.

Although it is very common to use credit / debit cards, having cash in the local currency is also recommended. If you are in Buenos Aires, it will be convenient to get a SUBE card, which must be periodically charged with money for travelling via the subway (the so-called “subterráneo” or simply “subte”), by bus (“colectivo”) or by train. This card cannot be used for travelling by taxi, so you must pay in cash only. 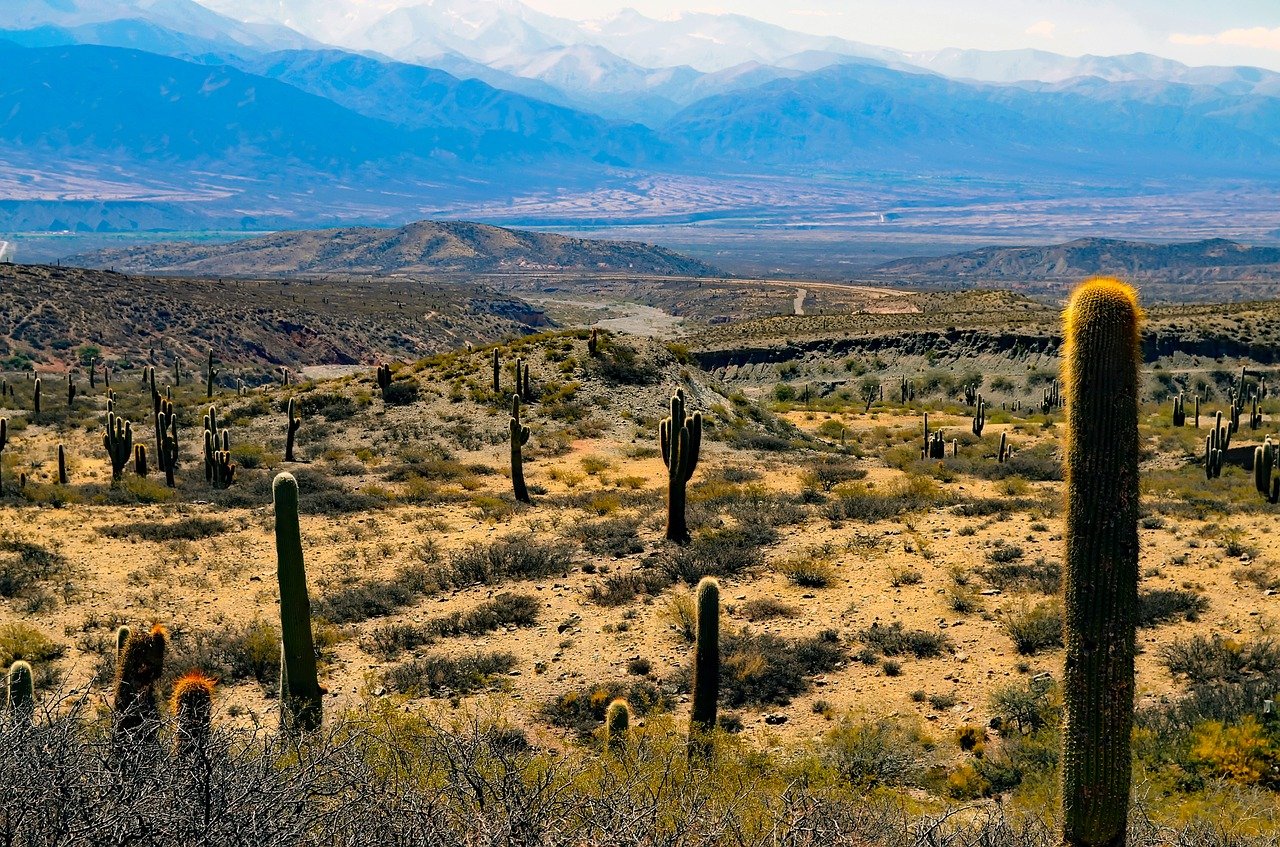 By means of official agreements, the provinces consolidate four large regions as blocs of economic activity for both national and international trade.

Thanks to its privileged height and climate, the Región de Nuevo Cuyo (La Rioja, Mendoza, San Juan and San Luis) is historically the area of viniculture. Its varietal and blended wines are famous and appreciated all over the world.

Only Córdoba, Santa Fe and Entre Ríos compose the Región Centro, taking advantage of its typical pampas landscape’s productions, with pastures for rearing livestock. The soil produces primarily soybeans (one of the world’s leading suppliers), sunflowers (being the main worldwide producer), and wheat (the main Latin American producer).

Although both the City of Buenos Aires (the “Federal Capital”) and the province of Buenos Aires are not part of any formal bloc, they work as a separate unit. Both alone are 308,000 Km2, being slightly less than the total area of the British Islands. Famous tourist beaches and seaside resorts line the province of Buenos Aires’s Atlantic coastline. Industrial facilities, livestock and agriculture are also preferential activities of the typical pampas. The City of Buenos Aires, meanwhile, is one of the largest cities in the world, famous for its architecture, its intense commercial activity and its endless cultural life.

If you’re doing business with Argentina, or have a need to translate documents into Spanish or any other language, here at Kwintessential, we provide an excellent translation service. For more information, please get in touch.