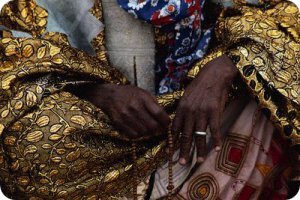 As a translation agency with a reputation for specialising in African languages, we have a top team of Hausa translators with the know-how to deal with any requirement.

As we are UK agency and by the nature of the marketplace, we naturally do most of our translation work between English and Hausa and vice-versa.

Our Hausa translators are rigorously screened to determine their experience and knowledge. The vast majority are based in the target countries themselves such as Niger, Nigeria, Cameroon, Chad and Ghana. Due to subtle differences, it is important for us to use the right translator to ensure we do the best possible job for our clients. Sometimes it might be necessary to make tweaks depending on the target audience and/or purpose of the document.

That is why we may want to get to know a little bit more about your project than the number of words or the file type before we assign a member of the team.

Within Hausa, it’s important to appreciate there are different dialects of the language. For example:

However, let us deal with dialects and getting the translation right. That is our job.

Why come to Kwintessential for Hausa Translation?

If the following are priorities to you, then get in touch to see what we can do for you.

Our team deal with a range of translations for commercial clients, NGOs, TV & media companies, law firms and marketing agencies. Sectors we do the majority of our work in are energy, IT, mining, telecoms, oil & gas, construction, agriculture, education & training, security, banking & finance and legal.

About the Hausa Language

Native speakers of Hausa, the Hausa people are mostly to be found in the African country of Niger and in the north of Nigeria, but the language is widely used as a lingua franca (similar to Swahili in East Africa) in a much larger swathe of West Africa (Accra, Abidjan, Dakar, Lomé, Cotonou, Bamako, Conakry, Ouagadougou, etc.) and Central Africa (Douala, Yaoundé, Maroua, Garoua, N’djaména, Bangui, Libreville, etc.), particularly amongst Muslims.