Why Arabic Language Translation is Hotter than Chillies 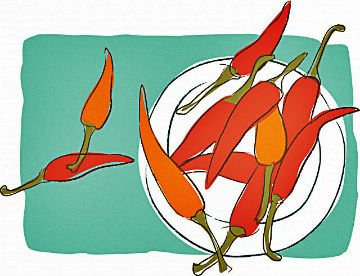 Tell someone you’re an Arabic translator, people generally look at you like they’re pretty impressed.  The kudos of being able to speak and understand such a complex language, the fantastic job opportunities and ability to travel are some of the many benefits of working in Arabic translation. The other is the high demand for the language.

Arabic to English translator Zoe Trunks explores why Arabic translation is as hot as chillies at the moment, identifiying 3 key areas for its phenomenol growth. 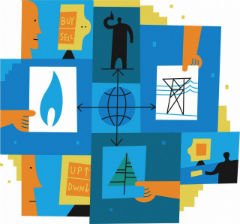 With demand expected to boom, so will the need for translators. With companies such as British Petroleum (BP) still having a big interest in the Saudi and Middle Eastern petroleum and crude oil markets, Arabic translation is and is going to be, hot stuff.

But it’s not only Western companies that have a need for translators, many Middle Eastern companies are branching out and trying to break into the Western markets; in Jordan for example (and a few of the other Arab countries) are trying to promote and advance their renewable energy programmes. With Jordan set to build its largest wind farm, many Western companies that supply the turbines have been interested in the project. With the Middle East looking to expand into renewables they will be looking for help from foreign energy companies in setting up and carrying out strategies to make their countries greener and less dependent on fossil fuels and with that help there will be a need for translators. 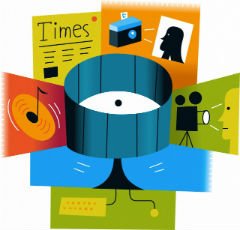 The media is also playing a key part in rocketing Arabic and Arabic translation into the limelight. With more and more stories appearing in the news regarding the politics of the Middle East, Arabic language is becoming more accessible to the wider audience, making its translation important and desirable and well, ‘hot’.

One such example of Middle Eastern politics coming to the for is the Arab League which is playing a key role in solving the problems between Israel and Palestine and creating a plausible peace process, which many Western countries, especially America, are taking a great interest in.

They have appeared in the news regularly and their role in the Syria conflict is also evoking lots of interest from the West, opening a rather ‘hot’ gap for Arabic translators to fill.

Similarly the Arab news hub ‘Al Jazeera’ has become more popular in the West, allowing its Western audience an insight into the Arab view on politics of the Middle East and Western world.

Another ‘hot’ translation area in the media sector is the Middle Eastern desire for more ‘content’. Programmes such as X Factor and Arab Idol have become extremely popular in the Middle East and with that, the demand for new Western shows has increased, opening up a wide range of opportunities for the media market. 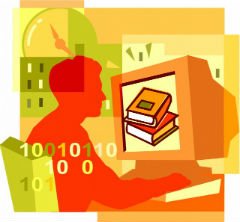 The biggest up and coming trend in the Middle East at the moment is the use of the internet. Mobile and social media boast figures showing that Arabic will be the 4th most used language on the internet. It’s clear to see that Arabic is fast becoming a big global player in the internet market.

Alongside Facebook, Twitter has also taken off with 6.5 million people tweeting across the Middle East; there are 17 million tweets written in Arabic everyday across the world. Twitter now offers an Arabic mobile web app for its users, which was converted into Arabic by a community of around 13,000 translators. Arabic is now the 6th most used language on Twitter.

The overall growth of Arabic language throughout the web is a massive 2500% which clearly shows how important this language is set to become. And with businesses starting to use social media for corporate purposes there is going to be a need for translators to help translate web pages and posts to help businesses to branch out.

So there we have it, some suggestions as to why Arabic is on the way up taking Arabic translators and Arabic translation services with it! And long may it continue….