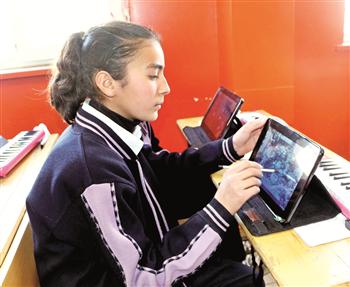 Unfortunately within business, translations are often bottom of the priority list. Any good translation company will tell you stories of last minute panics by clients to get vast amounts of words translated as part of tenders, legal hearings or business meetings. A Chinese company almost paid the price for a similar attitude for a tender worth ten million – yes 10,000,000 – tablet PCs.

Ten million tablets; now that’s a lot of business. One would think that getting the translations right would be top of the list or at least nearer the top than the Chinese company Shangai Fezxun did. According to the Hurriyet Daily News, as the translation of the tender documents took longer than expected, the process for the purchase of the PC tablets by the Turkish government had to be postponed.

The tablets are intended for Turkey’s Fatih Project, but Shangai Fezxun is apparently having difficulties with the translation of the documents from Chinese into Turkish.

The tender has had to be rescheduled and is now set for the 27th of May. Until now, two Turkish companies, Arçelik and Vestel, plus Apple, GM and Samsung have reportedly all made offers. Shangai Fezxun will follow after their documents have been translated into Turkish properly. The delay will probably not be very beneficial for the company: not only does it make a poor impression on their Turkish client, there is now more time for other companies to hop on the band wagon and make an offer as well. This would have been less likely if their translations would have been finished on time. Shangai Fezxun is thus actually cutting his own throat.

The Fatih Project in Turkey is a wide scale project of the Turkish government. They are planning on replacing all blackboards and traditional school books with electronic boards and tablets PCs. By doing so, the government hopes to combine education and cutting-edge information technologies to change the perception of education entirely. As part of the project, over 10 million tablets will be purchased for students, teachers and even administrative employees.

Next time you need a Turkish translation, or any translation, as part of a tender,  think ahead. Speak to your translation company, plan it against milestones and get it done on time!