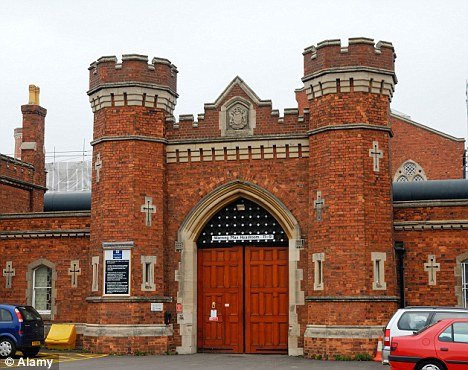 A translation error has almost left Russian prisoners at a UK prison heading to the ‘execution yard’ for their daily exercise.

The error was found within an information booklet aimed at Russian-speaking prisoners serving time at Lincoln prison. A member of staff spotted the mistake at the proofing stage: where the outside area should have been labelled the ‘exercise yard’ it was alarmingly labelled the ‘execution yard’.

This was the only mistake found in the booklet but it is in many ways a serious one. Whilst some people who can recognise the mistake might find it “a bit of a joke” Nick Hardwick, Chief Inspector of Prisons, has been quick to demonstrate how such a mistake might not seem funny to a prisoner.

Prison can be a disorientating experience, especially for first-time prisoners. If this experience is coupled with an inability to communicate proficiently with other prisoners and staff then this feeling is magnified. Russian prisoners who rely on such information booklets, possibly as their only means of fully understanding the situation, could quite easily believe that an ‘execution yard’ exists and will be used. If this error had been published then it might have resulted in some prisoners feeling both confused and fearful. Even if they had recognised the mistake some distress could still have been caused. As Hardwick explicates some prisoners may come “from a country that still [has] execution yards” in which case such an error “wouldn’t be a funny thing” to them.

This error is clearly a sign that translation should be taken seriously if foreign national prisoners are to slot as easily as possible into the prison system. Prisons have the responsibility not only to serve as a means of punishment and rehabilitation, but also to uphold a basic level of care for all prisoners under their supervision. When these rights are not seen to be upheld then prisoners can become troubled, for example in Lincoln significant riots took place in both 2002 and 2005. Any action that may result in the distress of prisoners, who may already feel disorientated, is not useful in terms of both the individual prisoners’ health and the health of the overall prison infrastructure.

Although Lincoln prison has been praised for having a better range of translated information available than other British prisons, it is clear that this information is not always “entirely accurate”. Whilst Lincoln can be seen as a positive example of the efforts made to improve the range of translated materials available to prisoners, it must also be seen less flatteringly as an example of how quantity does not always mean quality when it comes to translation.