The Importance of Professional Translation Services

We’ve all come across funny translations when travelling abroad or even at home. ‘Soup for Sluts’ says it all! It’s not that difficult to mess up a translation, but sometimes these have very negative consequences.  Here are nine examples illustrating why translation should be left to the professionals.

The nine translation mistakes have been picked by Arika Okrent in her article published in The Week.

Drawing from the brilliant book Found in Translation by Nataly Kelly and Jost Zetzsche [buy it!], she looks at some perfect examples of what happens when a translation goes wrong. You’ll see, a lot of the time its no laughing matter.

In 1980, the comatosed Willie Ramirez was admitted to a hospital in Florida. Friends and family of the 18-year-old only spoke Spanish, so a bilingual staff member was called to translate between the family and the doctors. The Ramirez family believed the boy had food poisoning, but this wasn’t interpreted correctly. The staff member translated ‘intoxicado’ as ‘intoxicated,’ while this is actually closer to ‘poisoned.’ Ramirez actually had a intracerebral hemorrhage, but the medics treated him for an intentional drug overdose as the symptoms the boy had corresponded to this diagnosis. The delay in the correct treatment caused Ramirez to become quadriplegic: because of this, he was paid a $71 million  malpractice settlement.

In 1977, President Carter travelled to Poland. Instead of hiring a Polish interpreter, the State Department had hired a Russian one. Even though the interpreter knew Polish, he wasn’t a professional interpreter in the language. This caused him to interpret Carter’s statements incorrectly, resulting in sentences such as ‘your lusts for the future’ instead of ‘your desires for the future.’ Well, at least the media had a laugh!

Soviet premier Nikita Khrushchev once gave a speech during the Cold War in which he told the U.S.: ‘we will bury you.’ This was taken as a severe threat by the Americans, who believed Russia was planning a nuclear attack on the country. The sentence was translated too literally, however: what Khrushchev actually meant to say was closer to ‘we will live to see you buried’ or ‘we will outlast you.’

HSBC bank made a big translation mistake in 2009: their catchphrase ‘assume nothing’ was translated as ‘do nothing’ in various languages. It cost the bank ten million dollars to start a rebranding campaign to undo the damage.

Bad translations can even affect the foreign exchange market.  An airy speculative financial report overview in the China News Zone had gotten a more authoritative and concrete tone in its English translation.  When the bad translation hit the world wide web, the value of the U.S. dollar plummeted.

Translators even have a patron saint that slips up from time to time. St. Jerome studied Hebrew in order to translate the Old Testament into Latin from its original source instead of the Greek version. In his Latin version, Jerome had translated the Hebrew word for ‘radiance,’ ‘karan,’ as ‘horned.’ This mistake occurred because he interpreted the Hebrew word in the source text as ‘keren,’ which means horned. This is why Moses has been depicted with horns for century. It is also the source of the offensive ‘Horned Jew’ stereotype.

In the 1950s, chocolate companies started to advertise Valentine’s Day in Japan. However, because of a mistranslation from one of those companies, people were made to believe that it is actually the woman who gives the man chocolate on this holiday. This rapidly became a custom and is in use until this very day; the men receive chocolates on the 14th of February, but return the favour to the women on March 14. Chocolate companies surely won’t complain about that!

8.    Could the real Sheng Long please stand up?

Street Fighter II, a Japanese video game, features the sentence ‘if you cannot overcome the Rising Dragon Punch, you cannot win!’ As Japanese characters can be read in various ways, ‘Rising dragon’ was wrongly translated into English as ‘Sheng Long.’ The translator was working from a list of sentences and had no context and thought a new character was being introduced. Gamers ware greatly confused and frantically tried to find out who this Sheng Long was. The Electronic gaming Monthly even released complex instructions about how to find the character in their magazine on April Fool’s Day, wasting precious gaming hours in bedrooms across the globe.

9.    Giving up governance or sovereignty?

In 1940, the New Zealand Maori chiefs and the British government came to an agreement. As the Maori sought protection from convicts, sailors and traders that raided their villages and the British wished to expand their colony, the Treaty of Waitangi was created. As the Maori didn’t understand English, the treaty was drawn up in English and Maori. These versions didn’t correspond completely: in the English document, the Maori were to ‘cede to Her Majesty the Queen of England absolutely and without reservation all the rights and powers of Sovereignty.’ In the Maori translation, however, they were to give up governance, not sovereignty. This meant the Maori thought they could still rule themselves and would only get a legal system. The treaty didn’t work out that way and centuries later, there are still discussions about its meaning.

So in conclusion, if you’re looking for professional translation, make sure you do it right – go to experts! 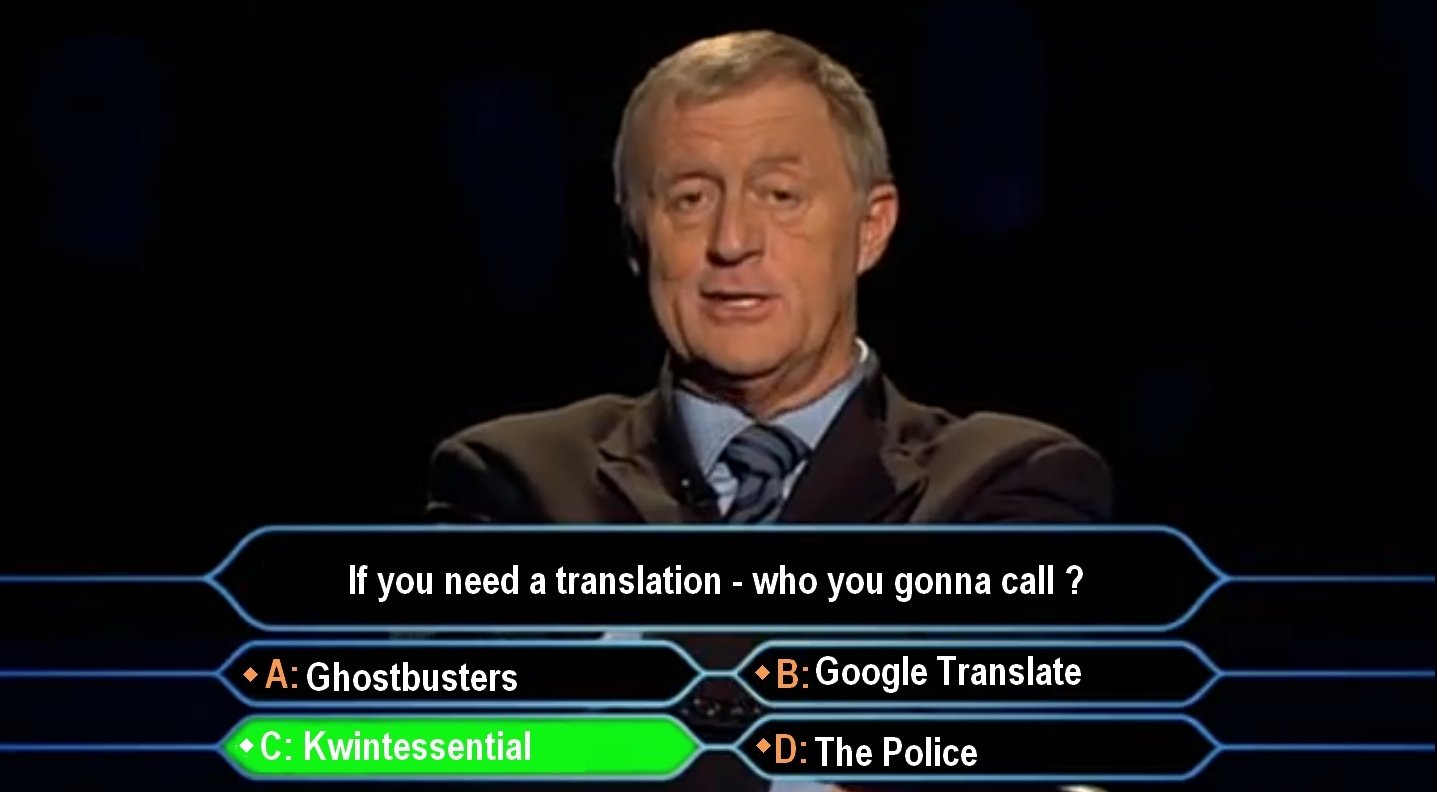