Should Movie Fans Have the Right to Translate Subtitles? 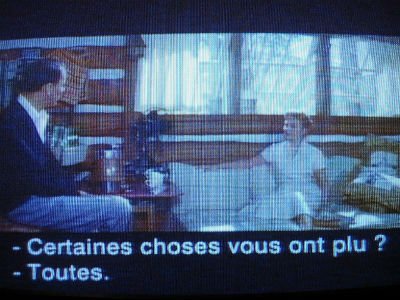 Thought translation was a calm and quiet profession? Think again! Recently, a website that provided subtitles for movies in foreign languages was taken down and its Swedish premises raided! Why?

About a week ago, the BBC reported that the website Undertexter, which allowed people to download fan-made subtitles for films/movies and TV shows, went offline after the police seized the site’s computer equipment.

According to a police spokesman, the actions were taken after copyright holders had made complaints. 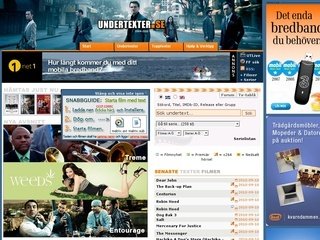 The managers of the company believe they have been compliant with the law, but critics think this is the way Hollywood is trying to protect its intellectual property.

The Rights Alliance, which urged the police to take actions, says similar cases have occurred in the past.

According to the Swedish Police Service’s national co-ordinator of the intellectual property crime division Paul Pinter, Undertext was raided after computers which used the company’s internet addresses were tracked to Stockholm and Helsingborg.

Pinter: “The investigation is still in its early stages. Our forensic experts will now go through the material on the seized computers and there will be follow-up interviews.”

The penalties involved could range from fines to two years in prison.

The Rights Alliance stated that their members were concerned about the amount of advertisements on the website, which implied that its owners profited from work other people had carried out.

Sara Lindback, who is the lawyer for the group says the were numerous reasons to take actions against Undertext: “The movies they put subtitles on have often not yet reached Sweden or are still in cinemas. The translations have not been cleared by the rights-holders.”

Moreover, according to Lindback, the operation was set into motion after the trial of the owner of Norsub, a company that also provided subtitles. As the judges believed the owner of Norsub had not profited from the site, he was fined with 15,000 kroner (a little over £1600) and shut the site down after he had a warning that  his service did not comply with the law.

What now for Undertexter?

Undertexter’s managers are giving up without a fight.

On their Facebook page they wrote: “Hollywood… we will never give up, we live in a free country and Swedish people have every right to publish their own interpretation of a movie/series.”

The managers also added they never charged users for their service. The managers have the support of Rick Falkvinge, a civil rights blogger and founder of Sweden’s Pirate Party. On his website, Falkvinge wrote: “Fan-subbing is a thriving culture which usually provides better-than-professional subtitles for new episodes with less than 24 hours of turnaround, whereas the providers of the original cartoon or movie can easily take six months or more.”

Editor of the Torrentfreak news website Ernesto van der Sar also isn’t sure whether the accusation was a wise move. Van der Sar told the BBC: “These subtitles are created by the most passionate fans the industry has and they are not in any way out to make a profit. These sites exist because they offer a service to the deaf and foreign language audience that’s often lacking through legal channels.”

The Rights Alliance responded to this criticism to defend their actions. Lindback: “See the movies, but make sure that the ones that created them are the ones that get paid, not the pirates. That way new movies can be made, which benefits everyone.” Lindback also stated that the Rights Alliance is planning on taking actions against other subtitling services, such as Swesub, as well.

Should fan-made subtitling databases be available to the public? What do you think?