Online Translation: Do we need still to learn foreign languages? 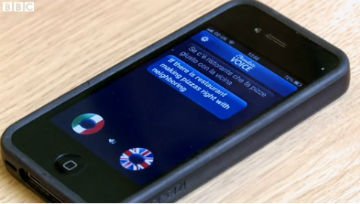 With all this online translation technology about, do we still need to really learn foreign languages? This is one of many questions posed by The BBC in a programme on translation on the world wide web. Reporter Lara Lewington dives into the perks and drawbacks of this up and coming web based service that could make the lives of millions of internet users a whole lot easier!

Entitled Will the web’s translation tech make us multilingual?, reporter Lewington, explores how globalization has boosted the importance of foreign languages, as communication between multiple languages is becoming more and more common. This is why language classes in traditional classrooms are very big business globally. However, as machine translations are becoming more and more accurate, these pupils might be wasting their time, Lewington suggests.

Google vs iTranslate – Battle of the Translation Apps

The two test subjects speak Turkish and Italian, which is translated into English by the two apps. This way, Lewington can check whether a “normal” conversation can be held by using the apps. The result? The apps did make some mistakes, but the speakers could more or less understand each other.

According to Lewington, written translations are often more accurate, which probably means that it is not the translation software, but the speech recognition software that is to blame for the mistakes.

In addition, she says, it’s not very natural to speak into a phone while having a conversation. This is why Google developed Google Glass, a computer-like device you can wear like a pair of glasses and that, next to a camera, microphone and speaker, has a small glass square on which text can be projected. For translation, the user simply utters the text they want to have translated, which is then picked up by the microphone, translated, and transmitted via the speaker and the screen.

However, almost every translation app must have a connection to the internet to work, which can be quite expensive when needing translation abroad. A number of apps, though, do not require an internet connection: the Samsung S4, for example, is fitted with a built-in translator that has an offline phrase book in eight different languages. The Google Translate app has an offline mode as well that has no restrictions. Lewington did find that the offline mode is not as accurate as the online one. If you cannot read a language, there is even an app that can translate from image. This way, you can translate road signs, for example.

Lewington thinks that although there are many ways to make yourself understood in a foreign language, users must not be under the impression that these make perfect translations. Apps can get essence of a message across, but it remains difficult to have a natural conversation.

According to Shalom Lappin, professor of Computational Linguistics at King’s College London, this is because translation is equal to decision-making. Words and phrases have to be interpreted in the right way, and machine translations do not always make the right decisions.

Computers basically learn a new language like humans do, Lewington says: word per word. However, big machine translation services such as Google Translate use the entire internet for this. Billions of documents that have been translated by humans are used to spot language patterns and the relation of the language to others. The more data, the more accurate the translations; thus, for language pairs in which little is translated, translations might not be up to par.

Lewington concludes it will take quite some time before traditional language classes will be replaced by translation apps. Those students were thus not wasting their time – in fact, they might be saving time as when they are abroad, they will get their message across immediately!