English words that translate from Arabic

What English words translate from Arabic? Arabic to English translation intern Zoe, explores some of the shared linguistic history between the English and Arabic languages…

by Zoe Trunks for the Culture Vulture

When talking about the origins of the English language, we all know that English is like any language; rich in words derived from other languages. While many of us know that a lot of our modern English words are derived from languages such as Latin and Ancient Greek, did you know that there are many words that are also translated from Arabic origins? Some of these words are used very commonly in our day to day lives. Here’s just a little taster of some of my favourite words you may never have known were Arabic.

My favourite 5 words that translate from Arabic

When thinking about the Middle East, one of the last things you would think of would be alcohol, but it is in fact a word translated from the Arabic ‘al koh’l’ (الكحل). Although this original word does not refer to the alcohol we all know and love today, it is the origin of the word Kohl, which refers to a fine powder, or as it is now known for its use in make-up. However, as we know the word has evolved through time and with a little help from the Italians who adapted the word into Latin,  the word became linked with the distillation process of wine and from there it developed into the word we know today.

Arabic has also provided us with the word for another popular drink, the caffeine seekers favourite, coffee. The word for coffee in Arabic is ‘qahwa’ (قهوة ), Yemen was the first great exporter of coffee in the 15th Century and the word is said to be derived from here. The word was adapted by the Turkish into the word ‘kahvah’ and then into the Italian ‘caffè’. The drink Café Mocha is said to be named after the port city of Mocha in Yemen.

As many Arabs will tell you the only way to drink your coffee is with lots of … sugar! Sugar is yet another word that is derived from Arabic, (food and drink seems to be the recurring pattern here!) ‘Sukkar’ (سكر) as it is pronounced in Arabic stems from the extensive cultivation of sugar cane by Arabs in the medieval ages, although initially grown in India, the sugar cane became a key crop to many Arabs and is still widely grown today, especially in countries such as Egypt where sugar cane is one of their biggest crops. (It also tastes great as a juice!)

Talking of juices a choice favourite in Middle Eastern countries is lemon juice, which is yet another word translated to English from Arabic. Lemons were introduced into the Mediterranean areas by the Arabs in the middle of the medieval centuries. ‘Limon’ (ليمون) as it is pronounced in Arabic then became widely used for the name of the fruit along with the words for lime and orange, ‘lim’ (ليم) and ‘naranj’ (نارنج). 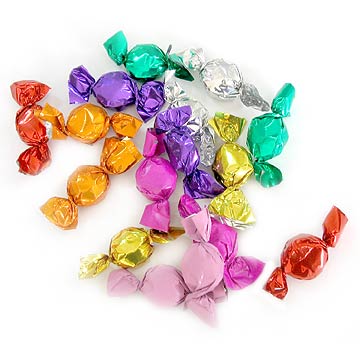 So as to not finish on a bitter note, my final English word that we translate from Arabic for the day is yes you’ve guessed it, another sweet food word, candy. The word candy, ‘qandi’ (قندي) in Arabic, literally translates to sugared, which again stems from the production of cane sugar ‘qand’ ( قند) in the Middle East, the word then entered the English language in the later medieval centuries.

Well there’s your little history/etymology lesson for today! Hope you found it useful.