By now, almost everyone is aware of the fact that machine translation does not always result in accurate translations. The free language-learning app Duolingo, however, can be used to construct translations based on crowd-sourcing, which, according to its creator, means the translations are very high in quality. Is this new way of translation really as good as the company claims?

On the website of the Fair Observer, literary translator Victoria Livingstone has written an interesting article on the Duolingo app created by Luis von Ahn.

Von Ahn’s his goal is to translate all the content on the internet in the most important world languages. In his TEDtalk, Livingston says, von Ahn told his audience that a lot of content is unavailable for those who don’t speak English as the world wide web is fragmented into various languages, of which English is the biggest one.

To increase the available internet content for non-English speakers, von Ahn and his team created Duolingo. 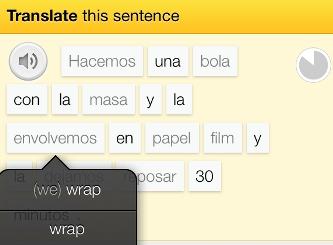 Duolingo is a free app for language learning, that asks users to translate existing texts once they become advanced learners. These translations are gathered and an algorithm presents the researchers with a final translation that can be bought by companies for a very low rate.

According to Livingston, Duolingo has a very successful business model.

Students deal with real texts instead of sentences created for language learning, and companies can buy translations at a very low price, meaning the app can be free of charge.

However, Livingston questions Duolingo’s claim that their translations are of professional quality and that they create a more democratic environment on the internet.

Livingston says von Ahn believes the method of crowd-sourcing translations is favourable over machine translation, which looks for patterns in multilingual documents that are already present on the web and is often flawed.

To strengthen his argument, he compared a Duolingo German-English translation with one created by a professional translator during his TEDtalk.

Livingston, however, does not believe the readability of one Duolingo translation vouches for a reliable overall quality.

After all, she says, Google translate also produces good quality translations if provided with high-quality input. This is simply because for some texts, accurate translations are already present on the internet.

Livingston does admit she is unaware of the data Duolingo has used to create the German translation, but she doubts that the Duolingo users will always produce good translations.  They are still students, not professionals. 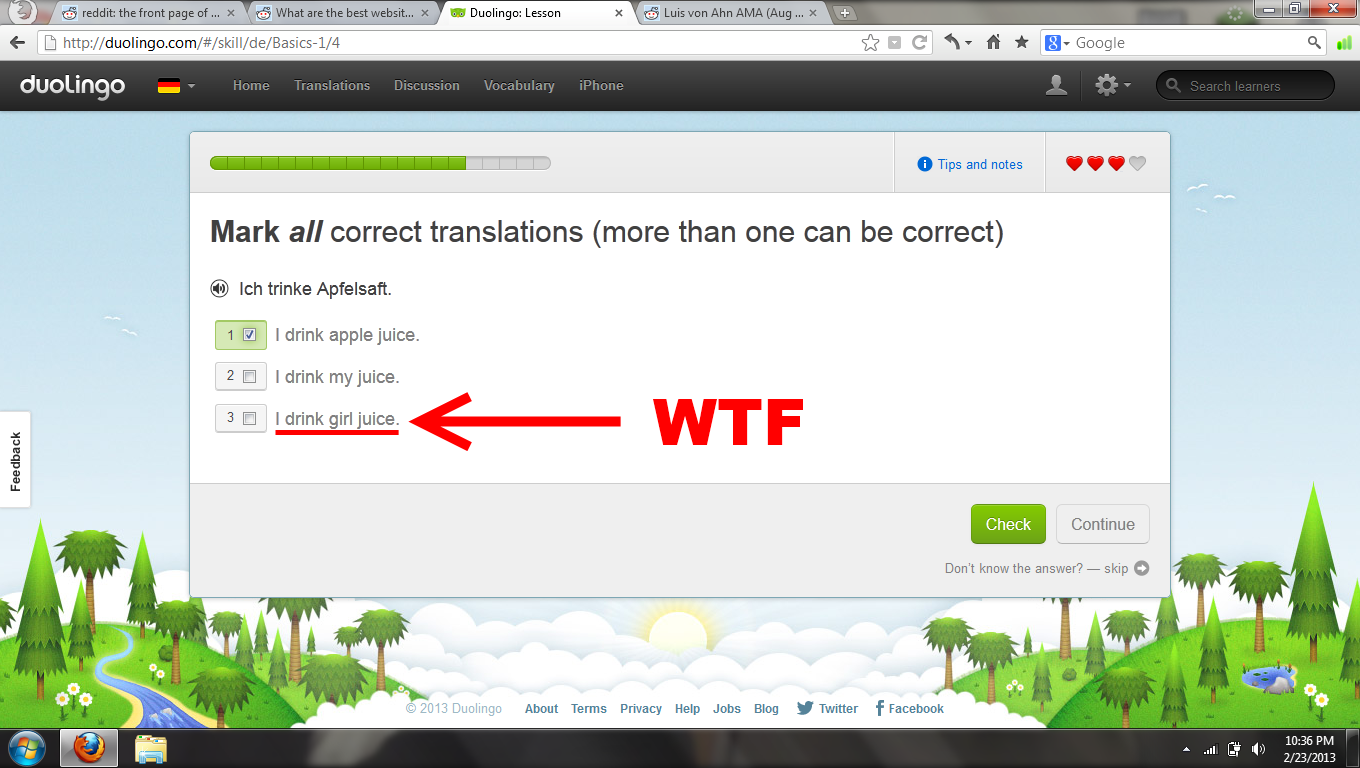 She underscores this by giving an example from the Spanish-English translation class she taught last semester, in which many (advanced) students translated a sentence wrongly. If she had gathered all translations and chose the one that occurred most often, she would have ended up with a wrong translation.

Livingston says that even though Duolingo uses a proofreader for the translations, their translation model still has some flaws.

For example, the app presents the student with single sentences, while translaters also take the overall context, tone and readership into account. The correct meaning of certain words can only be found if a little more context is provided, she says.

Livingston feels Duolingo’s translation method undervalues the work of translators, as it regards translation as a far simpler practice than it actually is.

Next to their view of translation, Livingston also thinks Duolingo should revise their business model. Companies that are able to pay for Duolingo’s services, she says, are established companies that have a strong online presence. Just as Duolingo’s largest clients, BBC and Buzzfeed, these companies usually come from the English speaking part of the web. This means Duolingo mostly creates translations from English to foreign languages, which means Lawrence Venuti’s “trade imbalance” is reinforced, Livingston says.

Venuti believes only translating from English results in users from Anglo cultures being “imperialistic abroad and xenophobic at home.”

Thus, Lingstone states, the internet is not becoming more egalitarian, but strengthens the position of the US culture. And as Duolingo more or less employs a capitalist business model, she says, the company is not taking measures to prevent this. In fact, any of the content translated by Duolingo is culturally biased, and some material in the translation is not localized to the target culture. Moreover, Livingstone believes objectivity or critical thinking is often missing from the content as well.

Concluding, Livingstone admits Duolingo has succeeded in creating a world where education is free and language barriers don’t exist, which is favourable for a “healthy cross-cultural understanding.”

She does point out, however, that Duolingo should take a look at the path this understanding has taken. In addition, the company should realise that translation is not an easy and mechanical activity that has nothing to do with ideological views.