The World’s Happiest People Live in … ?

What would you have guessed? Well the answer is…Denmark. Surprised? ‘Happiness come from within’, some say, but it also seems that your happiness might be in relation to the country you live in as well.

This report gives an overview of the level of happiness of 156 countries across the globe.

According to the report, the countries in which people are happiest are Denmark, Norway, Switzerland, Sweden and the Netherlands.

The unhappiest people can be found in the Sub-Saharan part of Africa, more specifically in Rwanda, Burundi, Benin, Togo and the Central African Republic.

The United Kingdom is ranked the 22nd happiest country in the world. 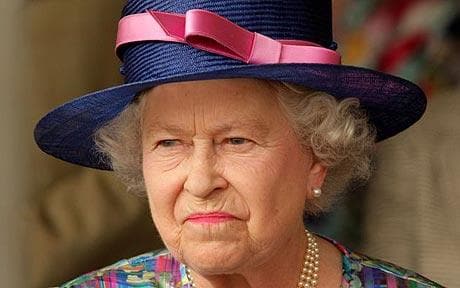 The country is preceded by the United States (17) and Israel (11), to name a few. However, the level of happiness experienced by people in China (93) is considerably lower. Even Germany, which ranks 26th on the list, is an unhappier country!

The happiness rates are based in a global survey that was held from 2010 to 2012. The general trend seems to be an upward motion, but the economic and political struggles that have risen in the last few years did affect the level of happiness in a number of countries.

The Eurozone crisis, for example, severely lowered the level of well being for Greece, Italy and Spain, while the civic and political turmoil in Egypt and Saudi Arabia caused the happiness of their inhabitants to drop as well. Here, Egypt is the ‘biggest loser,’ so to say: in 2007, the Egyptians on average gave themselves a 5.4 for their happiness, which dropped to 4.3 in 2012.

On the other hand, other countries have seen an increase in their level of happiness. According to the report, “On a regional basis, by far the largest gains in life evaluations in terms of the prevalence and size of the increases have been in Latin America and the Caribbean, and in Sub-Saharan Africa.” This also has to do with decreased levels of corruption.

What can governments do to improve the happiness of their people? The researchers believe this can be achieved by awarding more money to the treatment of mental illness, which they describe as the biggest “determinant of misery.” The report says that mental health is vital for a happier world.

The World Happiness Report is issued in the wake of a global movement that calls for governments to focus on policies that involve the well-being of people instead of economic growth. The concept of “happiness economics,” which was coined by the former King of Bhutan Jigme Singye Wangchuck in 1972, has many followers across the globe. The idea is even supported by the United Nations, that has been encouraging the policy in the last few years. According to the report, “It is important to balance economic measures of societal progress with measures of subjective well-being to ensure that economic progress leads to broad improvements across life domains, not just greater economic capacity.”