The UK’s most Culturally Diverse Street 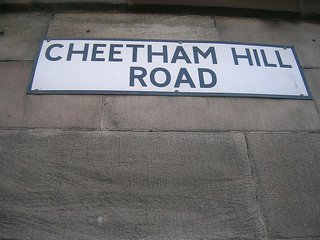 Indian curry, Polish sausages, Italian chocolates… Cheetham Hill Road in Manchester has got it all! Researchers have identified it as one of the most culturally diverse streets in the UK.

From Polish delicacies to Arab sweets and Jamaican locticians, this street houses shops from all corners of the world. Moreover, a whopping 48 per cent of all residents in the district only speak English as a second language states the Daily Mail. You might expect this causes clashes between the different ethnicities, but nothing could be further from the truth.

53-year-old Mark Wright: ‘It’s a good place to be. You can see the whole world here. Everyone just gets on with each other. It doesn’t matter who you are or your faith or language.’

In Manchester itself, about 17 per cent of the population has a foreign language as their mother tongue. Traditionally, Cheetham used to be a separate city with a big Jewish, Irish and South Asian community. These ethnicities moved to the area because of the cheap rents and ties with the cotton industry. The Office of National Statistics has stated that after English, Urdu is the most spoken language in the district. Arabic, Polish, Kurdish and Italian speakers can be found in great number in Cheetham as well. 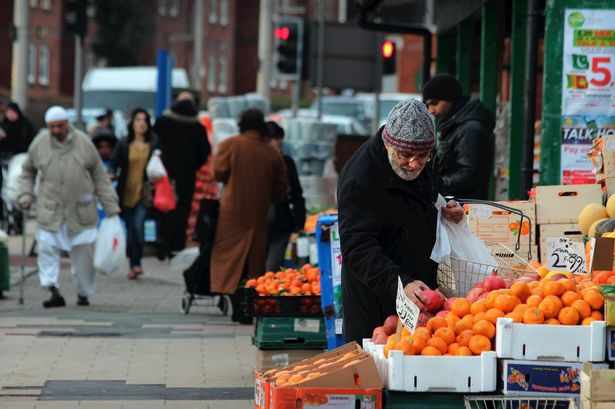 The Cheetham High Street is a great display of the different cultures that live in the area.

Market trader Arfaq Malik: ‘have lived here all my life. What’s changed is the Eastern European people coming to the area – but I think it is a more interesting place to live. I have gone to the Polish shops and tried the sweets they have and we get Jewish and Polish people coming for their vegetables and fruit.’ Resident James Monaghan has also embraced the multicultural features of the area: ‘I used to go on pub crawls but now I go on curry crawls.’

In the streets, people have nothing but good words for their neighbourhood. Full-time mum Esther Blair-Jackson: ‘think it’s good that it’s busy during the day and there are a lot of shops now. It’s good that people get on.’ And it’s not just people that have been living in the district for years on end that appreciate the area they live in. Rasa Guobine, who has lived in Cheetham for eight months, says: ‘People are very nice. One of the women I know has lived 60 years in Cheetham Hill. She told me that the street used to be nicer with nice shops. But I think people are very friendly here.’

Despite its friendly inhabitants, some feel the community could do with a little paint here and there. Retired travel agent Qauuyum Malik: ‘I used to live in a very Jewish area and people couldn’t have been nicer. The main problem is that the streets and houses are run down. They need regeneration and some money putting into them.’ 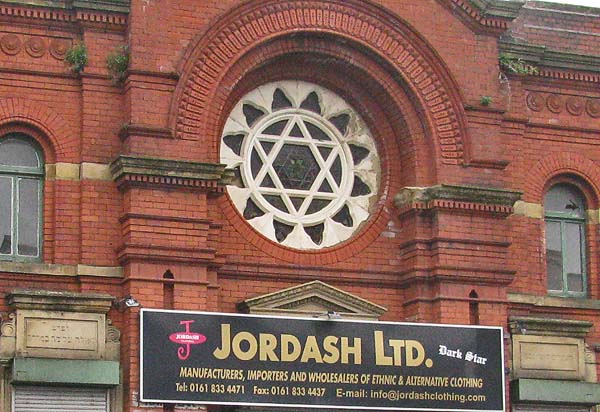 Cheetham isn’t the only district in Greater Manchester where many ethnicities happily live side by side: Longsight, Levenshilme, the Bolton’s Heaton area and north Chadderton are all known for their multicultural communities. Manchester University language professor Yaron Matras is not surprised by this. He has identified more than 150 languages that are spoken in Manchester and states:

‘Although Census data provides important confirmation of Manchester’s enormous linguistic diversity, our research shows it has significantly under-represented both languages spoken and the numbers of people who speak them. We identified that our city boasts at least 153 languages, making it one of the world’s most diverse places. It is very likely to be top of the list in Europe, certainly when compared to other cities of its size, perhaps only outflanked by London and Paris.’