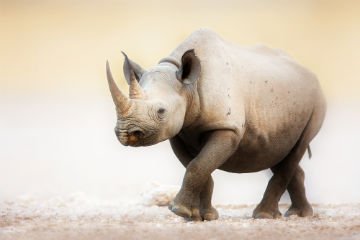 Recently, the news that many language departments in British universities were faced with closure sparked a great deal of interest on the web. We at Kwintessential think the closure of these departments must be avoided at all costs! The Observer agrees and has found a number of people that ventilated the same opinion.

Recently, the downfall in language teaching made the news as almost half of all language departments at university risk closure. According to The Observer, this means universities must find new ways to make language studies more attractive. On their website, the newspaper gives the floor to people that believe language studies are of great importance to the UK.  Here are some of their key arguments.

Over a third of the students at Regent’s University in London are obliged to study a foreign language as their degree programmes are interlaced with a foreign language. In addition, Professor Aldwyn Cooper, vice chancellor and chief executive of the university, informs The Observer that the students must also spend two semesters abroad to gain more knowledge about the foreign culture and improve their language skills even further. Professor Cooper stresses that fact that this period abroad must be quite lengthy. He believes that a few weeks abroad might be a nice attempt to encourage internationalism, but that such a short period of time is not enough.  He also thinks that it is time for language institutes that pay students’ tuition to make sure people from the United Kingdom have a chance on the international job market.

Research is just as crucial as learning

Dr Joy Charnley from Glasgow  believes the current trend in which research and research income is unbeneficial for academics, as this increases the pressure on the field. Even though they have enough students, a number of departments are threatened by closure simply because their research is not at the expected level. University managers are only interested in profit and do not care that this might lead to the disappearance of language departments, Dr Charnley says. She believes senior academics should stand up against their managers and their plans to close the language branch of their universities. People might often focus on the fact that teenagers no longer want to study language, but if we must believe Dr Charnley, this trend is very much fuelled by university managers themselves.

John Worne, who is the Director of Strategy at the British Council, also believes that the British will immensely benefit from a greater knowledge of foreign languages. According to him, research from the British Council about language use on the work floor and even on holidays has proven that “English alone is not enough for our pleasure, leisure or business.” In order to understand other cultures, which is crucial in an increasing global world, knowledge of other language is of vital importance, Worne says.

Kwintessential completely agrees with all of the speakers above; in order to conduct business with countries abroad, give British employees a better chance at international positions and to be able to dispose of a large and competent pool of translators and interpreters, language studies are key. Do you agree? Or do you think the UK can do with less language education as ‘Everybody speaks English?’