The U.S. is trying to increase its exports. Talks are taking place to develop free trade agreements with Europe and the Pacific; but before small businesses in the States can start selling their products and services overseas, they could hit a well-known wall: the language barrier.

In an article on Thomasnet, author David Sims explains that the vast size of the language services industry today mainly stems from the globalization that is taking place.

According to Hans Fenstermacher, who is the CEO of Globalization and Localization Association (GALA), the industry is currently worth $20 billion. Fenstermacher believes most of these services are offered to small and medium-sized companies and support about $1.5 trillion worth of export.

Consequently, many people believe that American companies can greatly benefit from a few lessons in foreign languages or at least how to use language for a competitive advantage.

It has been proven that businesses with multi-lingual employees perform very well. Antonelle Sorace, professor of developmental linguistics at the University of Edinburgh:

“Hire more multilingual employees, because these employees can communicate better, have better intercultural sensitivity, are better at cooperating, negotiating, compromising. But they can also think more efficiently.”

A study that was conducted by the American Council on the Teaching of Foreign Languages  agreed with Sorace’s view:

“…globalization is driving the demand for a U.S. workforce that possesses knowledge of other countries and cultures and is competent in languages other than English… Most of the growth potential for U.S. businesses lies in overseas markets [while] our own markets are facing greater competition from foreign-owned firms, many of which manufacture products on U.S. soil.”

Due to globalization, the global marketplace seems to be more accessible than ever before. However, this does mean American companies must expand abroad or they face the prospect of losing valuable customers.

“Multilingual personnel can interact more nimbly with all parts of the business and have a better sense of when and how to use professional language capabilities to meet the business’s goals.”

“The ability to work across cultures is no longer a nice-to-have skill set for elite executives; every year it becomes more essential to finding any job at al.”

This is especially true for small and medium-sized companies, Berdan:

“A machine operator at a plant in Topeka that exports widgets to Mumbai needs to know how to interact effectively when Indian customers visit.”

Learning a foreign language also involves learning about a foreign culture, and according to Sims, this is where the major business benefits can be found. Berdan believes bilinguals have one of…

“…the most important professional skills for global workers today — cross-cultural aptitude, [which is] the ability to appreciate different cultures and solve problems while operating in an environment different from what you’re used to.”

It is not just IT businesses or service providers that will gain from foreign language knowledge; language skills are also important for manufacturers.

Gabrielle White is product manager for Innovative Language Learning, a company based in Tokyo that provides online business language education.  According to White, manufacturers in the technology industries especially have to know their languages, as communication between the different manufacturers in this field is very important. 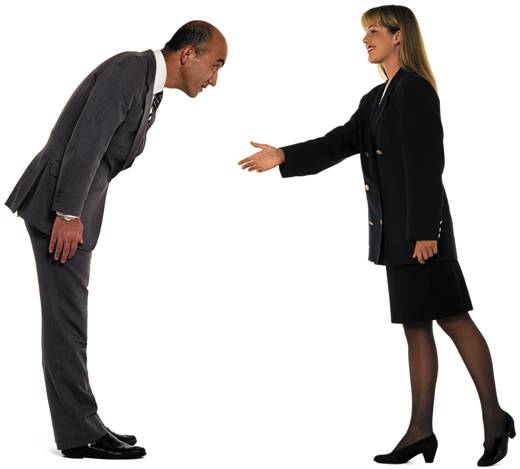 If you learn a foreign language, this shows “courtesy and respect to the foreign country [with] which you are working,” White says. “This is especially important in places such as Japan.”

There is one small problem: foreign language students in the US are not trained enough to use their skills in the target culture.

Martha G. Abbott, executive director of the American Council on the Teaching of Foreign Languages:

“Historically our language classes in the U.S. have served to prepare students to fulfill language requirements or admissions standards. There was little attention paid to preparing students to actually use the language to communicate.”

However, this situation is about to change. As globalization is taking place at great speed, technology is advancing quickly and almost every US citizen has access to the internet, Abbott believes “there is much more interest in developing students’ ability to interact with native speakers. Our national standards in languages for K-16 emphasize developing students’ linguistic and cultural competence and the ability to use the language beyond the classroom walls.”

The article clearly demonstrates an understanding that looking forward, business understands that it is now a global picture. In order to be in this picture, the people working in business need to be globally minded, i.e. speaking different language and understanding other cultures.

What is cultural awareness about? Being cuturally aware is essentially about the ability to understand why and how people from different cultures communicate. Developing the flexibilty and insight to identify these differences as well as adapt to them essentially define being culturall aware.