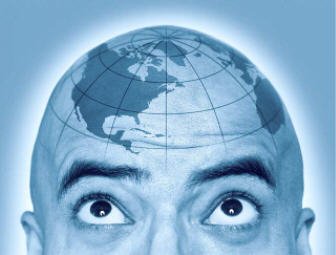 Yale University behavioural economist Keith Chen has published a new study that supports the controversial theory that your language influences the decisions you make about your finances.

The BBC news reports that Professor Chen, has proven this theory. He says the grammar of the language we speak is responsible for the way we handle our finances and our health. Chen believes that if you are a speaker of English you will probably save less for your old age, smoke more and exercise less than speakers of Mandarin, Yoruba of Malay.

“If I wanted to explain to an English-speaking colleague why I can’t attend a meeting later today, I could not say ‘I go to a seminar,’ English grammar would oblige me to say ‘I will go, am going, or have to go to a seminar,’” says Professor Chen. “If, on the other hand, I were speaking Mandarin, it would be quite natural for me to omit any marker of future time and say ‘I go listen seminar’ since the context leaves little room for misunderstanding.” This difference is also visible in Europe itself: Germans, for example, can easily say “morgen regnet es,” it rains tomorrow. 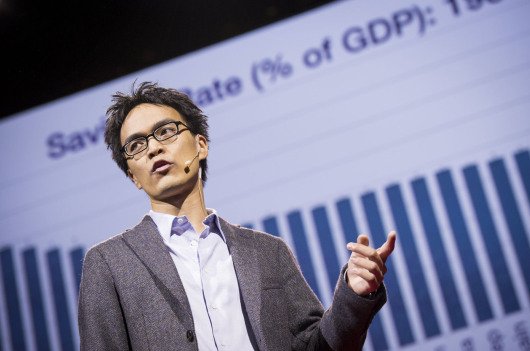 [Keith Chen on stage at a TED Talk]

Chen believes speakers that only use the present tense when speaking of the future often are better at saving money than speakers of languages with a separate future tense. How is this possible? Professor Chen: “The act of savings is fundamentally about understanding that your future self – the person you’re saving for – is in some sense equivalent to your present self.”

“If your language separates the future and the present in its grammar that seems to lead you to slightly disassociate the future from the present every time you speak. That effectively makes it harder for you to save.”

In his research, Professor Chen also states that language differences even account for wider differences in human behaviour. He believes that in comparison to languages with a future tense, languages with no future tense will probably have saved 39 per cent more at the time they will retire, are 24 per cent less likely to smoke and 13 per cent less likely to be obese, to name a few examples.

It is unsurprising that the results of Professor Chen’s research face criticism by economists and linguists. They believe the answer or why different speakers have different kinds of behaviours lies in of cultural, social or economic differences. Professor Chen acknowledges the peculiarities of his findings and believes the assumptions were “far-fetched” before he started his study.

However, Chen thinks he has controlled the factors critics speak of by choosing to conduct his research in nine multilingual countries: Belgium, Burkina Faso, Ethiopia, Estonia, DR Congo, Nigeria, Malaysia, Singapore and Switzerland. Chen: “You can find families that live right next door to each other, have exactly the same education levels, exactly the same income and even exactly the same religion. Yet the family that speaks a language that doesn’t distinguish between the future and the present will same dramatically more.”

Chen’s findings are met with great opposition. Among the critics is Morten Lau, director of Durham University’s Centre for Behavioural Economics. Lau believes the amount of money different cultures save does not depend on the language that is spoken. Instead, he claims interest rates influence savings behaviour. According to the professor, there are big differences in the amount of money that people save within language groups itself, so it’s no use to take the average of this to carry out analysis: “For instance, in our own research in Denmark, we found that male smokers wanted a higher interest rate on their savings than did non-smokers. But this did not apply to women smokers.”

Colombia University linguist John McWhorter believes language structures are only very subtly involved in the way speakers view the world. “The extent to which the language shapes the thought is tiny. We’re talking about milliseconds of reaction,” says McWhorter. “None of it has ever been proven to have anything to do with how people see the world or experience life. It’s a tempting idea that simply doesn’t make any sense.”

In addition, McWhorter believes Chen has classified some languages wrongly, which does not help the believability of his findings.

Even though his findings are greatly criticised, Professor Chen still believes his research is reliable. “What’s remarkable, is when you find correlations this strong and that survive so many aggressive sets of controls, it’s actually hard to come up with a story of what else might be causing this.”

Chen’s research suggests English speakers should omit the present tense in order to save more money for their old age. If it’s up to the professor, this change will be made immediately: “It actually seems like encouraging yourself to think in the present tense makes it a little bit easier to engage in self-control.”