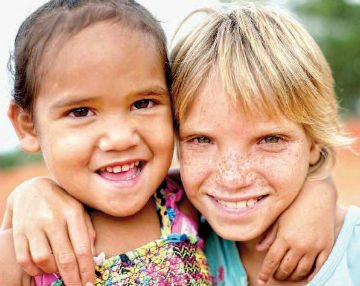 Your child might need a little tutoring for their French classes at school, but what if their first language poses problems that go a little further than mistaking “it’s” for “its”?

At BBC Health, Philippa Roxy wrote a great article about the problems that people, and children in particular, who are language impaired have to deal with. You might have experienced it on holiday or when working abroad; you miss vital information and put much effort in understanding those around if you do not have any knowledge about the language spoken around you, Roxby says.

According to Gina Conti-Ramsden, children who are language impaired go through this on a daily basis. Conti-Ramsden is a professor of child language and learning at the University of Manchester. She says children with language impairments are often considered mute, but this is not the case. However, they do not always understand what is being said and have difficulties expressing themselves.

Children who suffer from a specific language impairment, or SLI, need a little extra attention when it comes to education, Roxby says. In fact, they usually receive half of their education in specialist language units. According to her, the aim, is to have them taken in by mainstream schools, and improve their language skills in such a way that they can lead a normal life later on.

Currently, professor Conti-Ramsden is researching what exactly happens with children with SLIs when they have become adults. One of the test subjects is Ross Watson, who is now 25. Watson attended a speech and language unit for his primary education and entered the mainstream education system in Year 6. According to Roxby, this was a frustrating time for Watson, as he was often bullied and did not receive proper guidance from his school. At the end of his school career, however, Watson took part in 9 GCSEs and even got a D in English. Not bad for a language impaired kid!

Despite this, Roxby notes that Watson’s SLI does still affect him. To this day, he finds it difficult to form sentences and feels ill at ease in new situations that require face-to-face communication, she says. Watson always wonders what the person he is talking to is thinking, which is why talking over the phone is a little easier, he says. After all, you cannot see the facial expression of your communication partner!

In addition to these “handicaps” that Watson has to deal with because of his SLI, he also suffers from short-term memory loss and often waits before speaking in case he misunderstood what has been said, Roxby says. He is also unable to tell if people use sarcasm, which has put him in numerous awkward situations. However, Watson is no longer the quiet boy he was in school: he has taken a mechanical engineering course at college and currently is a machine inspector of machine parts. Watson is a great success story, but Roxby notes that not all children with an SLI can say the same.

According to Roxby, research by the charity organisation Afasic revealed that six per cent of all children have a certain form of speech or language difficulty. Afasic, that provides help for children and parents concerning language and communication, also stated that one in 500 children have a long-term speech or language problem. Alison Huneke, Afasic’s helpline manager, believes it is important to discover speech and language impairments at an early age, because this means the child has more time to improve its skills. As a result, the child is likely to do better in school. Huneke says not all schools are able to pick up on signs that a child has a speech of language impairment, but that this is not always their fault: SLIs are not always easy to recognise.

Professor Conti-Ramsden believes it is very important for children to have proper language skills as language is needed for almost everything we do. In fact, she says a link had been made between language problems and depression. Roxby says the worst-case scenario for children with language impairments is that they turn into young offenders: half of these children have language difficulties.

Kids with SLIs might look like regular kids, but according to Roxby, they can be quite lonely, have difficulties making friends and finding a job is no easy task. She states that Watson still faces problems because of his SLI: for example, he finds it difficult to talk to his boss. However, he does believes his inner strength has improved greatly because of all the language therapy he received. Because of the therapy, he says his confidence has grown and he now believes he is fierce competition for those who do not have language impairments.