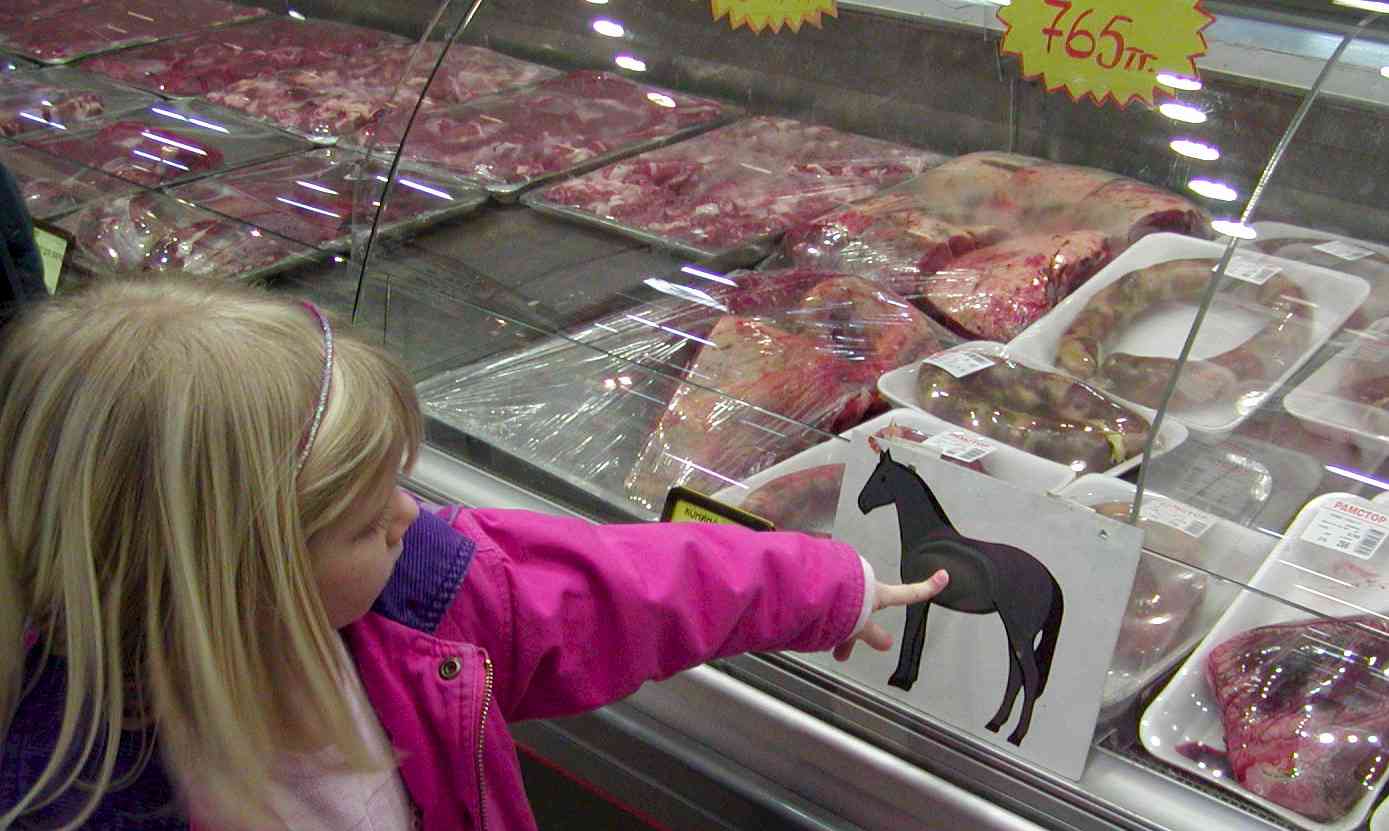 It appears a lot of people in the UK have been tucking into horse meat without knowing it. The media has gone crazy with the story and this has made me wonder whether all the attention may actually change the British view of the meat? Will we see a cultural change?

If you have missed all the news recently, then you have probably been hiding under a rock. Horse meat is on everyone’s lips (whether they know it or not). Horse meat found in beef products, such as burgers and lasagna, in some European countries has become a big issue, not because it’s horse but because it is being sold as beef.

So, if a lot of people have been eating the meat and found no issues with its taste or texture, why don’t we eat more horse meat in the UK?

As a horse lover myself, I would not go out looking for the meat but that doesn’t mean I would not eat it. When asking people around me for their opinions, it seems that most people see no issue with it either.

So why don’t our supermarkets stock it? It’s cheap, it’s less fatty and it appears there is plenty of stock!

It appears the reason us Brits turn our noses up at horse meat is cultural and sentimental more than anything else. To try and understand why, I also looked at horse meat consumption in other cultures and their perception of it all.

In Britain, horse meat is pretty much regarded as a taboo. As a result, so it is in most English-speaking countries around the world, like the USA, Ireland and Australia. In these countries, the killing of horses for human consumption is widely opposed, because they are looked on as pets, like dogs and cats, as sporting animals and are not to be treated as meat.

However, in other Western countries, horsemeat is not only acceptable, but highly appreciated. It is largely consumed for its tenderness and nutritional values in France and especially in Italy, where it is high-quality and costly meat. In France, its consumption originated after the Revolution, when Napoleon suggested his hungry troops eating their enemy’s mounts!

In Germany, it is not uncommon to eat horse sauerbraten, a pot roast prepared with marinated meat and one of the best-known German dishes.

In Belgium, Netherlands, Luxembourg, Norway, Sweden, Austria, Switzerland, Poland, Serbia and Slovenia, horsemeat is commonly found in markets and produced for export. In Hungary it is found in salami and usually mixed with pork.

Similarly, horsemeat is sometimes consumed in Spain, especially in the north half of the country. Although horse steak can be found in some shops, the most popular form of eating horse is cecina, a salted, smoked and then dried meat appetiser produced mainly in the town of León.

Contrary to these countries, horsemeat in Russia is sold as a more affordable option than its bovine counterpart.

On top of culinary reasons, further motivations for horsemeat intake are age-old inherited traditions, as those of Argentines and Chileans. They prepare a dish called charqui, which is the origin of the English term “jerky”, as it consists of dried meat from horses, llamas, beef and other animals. Mexico, too, is a large producer and consumer of this kind of meat.

In India eating horsemeat is considered taboo, although these animals were smothered in Kshatriyas’ rituals centuries ago.

In the Far East, China stands as the world’s major consumer and producer. In South Korea, raw horsemeat is consumed seasoned with soy sauce and sesame oil. As for Japan, horse is the main ingredient in bashashi, a typical dish that can be described as a horsemeat carpaccio.

Mongolia is in the fourth position in terms of horsemeat production. In old times, nomadic pastures regarded horses both as a way of transport and a food source. They drank horse milk wine (airag) and ate horse sausages (kazy). Nowadays, its consumption has declined and is exclusively eaten during the winter.

So, it appears we in Britain certainly do have our cultural hang-ups about horse meat which has been passed onto other countries which share our heritage – US, Australia, etc.

Is more Horse Meat being sold in the UK?

Will the recent news coverage change anything? Well I searched online to see who actually sells horse meat in the UK and to my surprise could only find two websites.

One of them was kind enough to get back to me on a few questions; here is Paul Webb from Exotic Meats:

Have you seen an increase in sales of horse meat recently?

“Since the first Tesco story broke a month ago, we have seen a substantial increase in horse meat sales, our customers are the general public and are buying the meat as both an alternative to supermarket meats and to try something a little different and see what the fuss is all about.”

Why do the British shun horse meat as opposed to say our French cousins?

“The British have shunned horsemeat due to the fact that it is not generally available in the UK, the majority of people in the UK buy there meat at supermarkets and as such have only had the option of the four main meats available, I dont think the British have really had the option to try horse meat, everyone has just assumed as it is not available then it cant be eaten, since the story broke we have had no negative reaction to selling horse meat whatsoever.”

Do you think the British should open up more to the meat?

“I think the British have opened up a lot over the past decade, there is rarely any mention of activists and animal rights like there was 20 years ago, this combined with the availability of travel and a marked increase in the number of immigrants coming to the UK from different cultures and backgrounds is making us a more acceptable and open nation and this includes our taste in foods and willingness to try other cuisines and ingredients.” 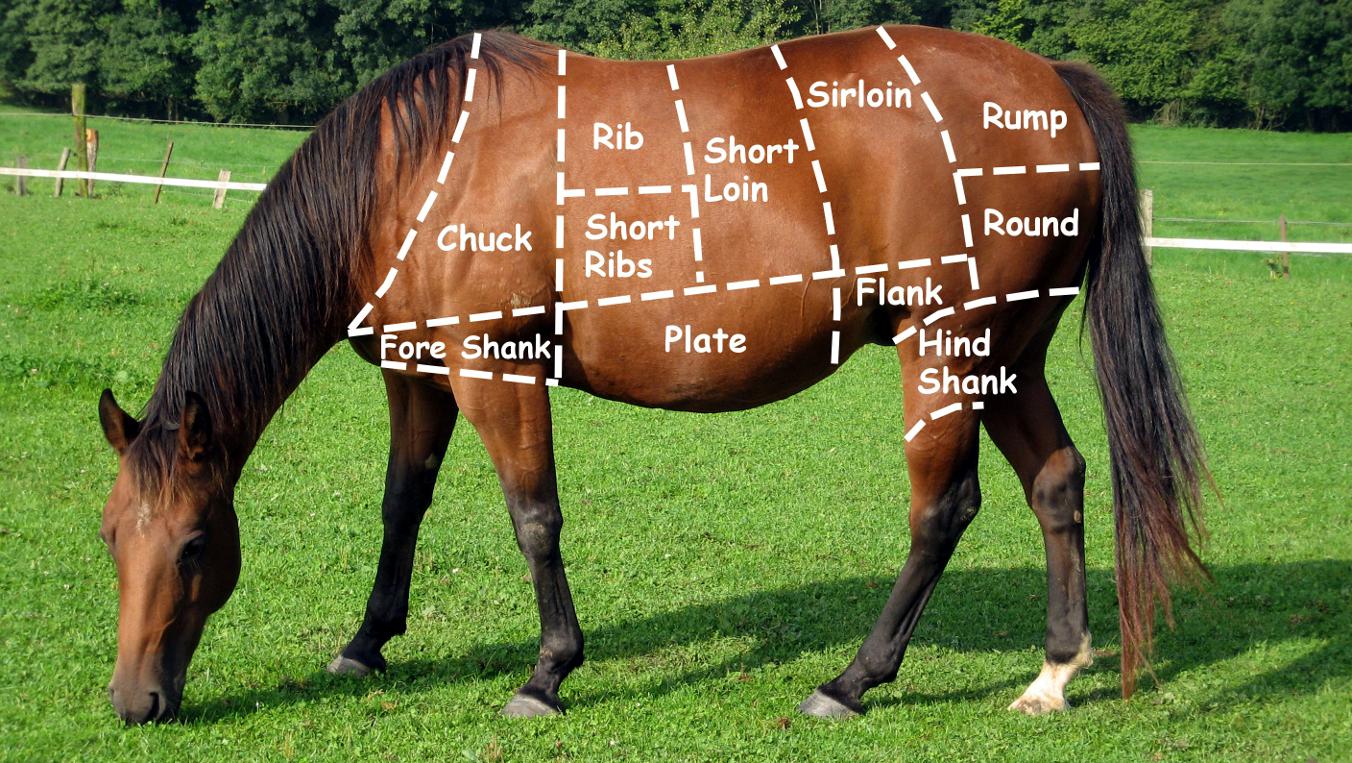 Would you eat a Horse?

I also asked our Twitter and Facebook followers what they think about eating horse meat and why we turn our backs on it in the UK. Here are some replies:

“It’s purely cultural. Horses are considered, like dogs, to be an ally of humans and are sort of domesticated. Eating horse was banned in the 1600s and horses became symbolic of military strength/army/queen/king/country and with the horse as a loyal ally that we’ve worked with on farms, on battlefields, and as a mode of transport. I’m a vege and don’t discriminate between animals – if you’re going to eat a cow you might as well eat a dog, horse, or cow. however the thought of eating horse, is weird, which I can only put down to how I’ve been socialised and the symbolism our society (British) places on horses.” R. Verma

“I don’t eat an awful lot of meat. But I’d eat myself hoarse on horse. Why not? I think the drawing of the line on the humans to lower order animals continuum is arbitrary and (no offence to those who hold this view) to say that we can’t eat horses because they are ‘too close’ to us is morally sticky ground. We can’t eat the more sentient animals? Then that suggests we place value on sentience and that the more sentient a creature the more valuable its life. So humans, the most self aware of all animals, are at the top of the pile. Fair enough. But what about within humans? Are those humans with the most intellect, the most self knowledge, intrinsically more valuable than those with lesser intellect – perhaps even developmental difficulties? May we treat these ‘lower humans’ with less respect? Sounds suspiciously like the building of the master race. So, in conclusion – if you don’t eat horses, you are a nazi.” S. Davies (please take the nazi reference with a bag of salt – he is joking)

“I’m British, think horses are beautiful, but still  have no problem eating horse meat. I’ve often eaten it knowingly in France, it’s scrumptious like beef but a bit stronger. I’ve also had bear in Russia, crocodile and Kangaroo in Australia, all sorts of animals in South Africa, God knows what in China – I suspect rat in the street stalls – all tasted fantastic. Surely the point is wether the animal has a good life, humanly killed and comes from a sustainable source. In Hong Kong they eat dog – are we saying only the British taste is right? Most of the UK population is so removed.” D. Wilson

“I am an animal lover and a meat lover, sometimes this does bother me. Usually it doesn’t. All animals have a degree of emotional intelligence. I didn’t always think this but having bonded with many animals throughout my life, even reptiles, fish and birds have a degree of emotional life. So it does pain me to think of the millions of really quite lovely cows and pigs (pigs a re wonderful creatures) that are slaughtered every day around the world. However bacon is wonderful, steak, even more so. Veggie diets, are not a viable alternative for most people; so meat is here to stay. Why should horses be treated any differently from cows sheep and pigs? They are not any more intelligent.” M. Jensen

“I see the Tesco burger in the same light as a three bird roast at Christmas, if they marketed it better they could have charged more for them! I have no problem with horse meat, the real issue is just being aware of what you are buying so you can choose.” P. Coombs

So how about you? What do you think? I would love to hear your thoughts on this via our Twitter or Facebook pages.