According to Lee in his article for Develop, localization is a process that remains hidden from regular game players when it is executed properly. Translation plays a big part in localization, but Lee believes it is ‘just the surface:’ in order to localize a game successfully, the localizer should know a great deal about the target culture. However, Lee says the leading companies in game localization have been travelling along a rocky road.

As new platforms have been released in recent years, the demand for localization services has been on the rise.

Moreover, emerging markets such as the BRICS nations also contribute to growth in the market. Companies have to operate on an efficient level, however, as publishers and even some developers have proven to be very conservative.

According to Michael Souto, Business Development Manager at Localize Direct, it is easy to describe what clients want from localization companies: ‘The holy trinity is the same as it’s always been: quality, speed and cost.’ He adds: ‘The quality has to be great, it needs to be delivered as quickly as possible, but at a price which is comfortable to manage. Of the three, I would suggest that cost is probably the top priority.’

The current economic climate has changed a thing or two in the localization market. Voice and dialogue specialists High Score’s Director Hugh Edwards: ‘…recession has had a huge impact on localisation, where many publishers are refusing to localise dialogue in favour of on-screen text. This is obviously a fiscal decision and is short-sighted in that the gamers in other countries have less of an experience than those in English-speaking territories.’ Now that the financial crisis appears to be fading, publishers start to focus on their audience again, Edwards says.

Many game developers have hired in-house localizers in order to cut costs. Take for example social gaming company Spil Games. The company has created over 4,000 games in-house and via partnerships. Their games are available in 15 languages and Spil Games says 180 million players use their games each month. As their audience is very diverse, Spil usually first turns to its internal localization team.

Head of localization and customer service Laura van Nigtevegt: ‘When it comes to localisation QA, an internal team can ensure localisation is much faster and usually testers are more in touch with the nature of the product and the company.’ Van Nigtevegt does believe internal localization is limited: ‘Specifically, during peak times, internal teams might run into resource issues which can be helped by outsourcing overflow.’

Lee feels game localization is obsessed with high quality at low costs. For localization company Testronic Labs’ Alastair Harsant, games localization is all about supplying the client with quality, value and speed. He believes this can best be achieved by finding capable staff. This staff can then create an infrastructure that cranks up the speed of the process, which consequently cuts costs: ‘Receiving roadmaps, game design documents and project ambitions from developers and publishers early gives us an opportunity to get off to the best possible start. It allows us to develop the best overall strategy and test plan, and gives us momentum from day one.’

Souto of Localize Direct, however, is afraid that some companies are offering ‘outrageously low prices’ just to acquire the desired contract. He believes this to be a very bad development: ‘I can’t see how this is done without compromising on how the translations are created. We just hope that companies will really investigate how these prices are achieved and understand that there must be a balance between super-low-cost translations and quality.’

Another development in the game localization market, Lee says, is that localizers are increasingly asked to localize content to or from other languages than the standard French, Italian, German and Spanish quartet. This development can partially be attributed to new, emerging markets such as China and the Middle East, but the previously mentioned new mobile platforms that exist on smartphones and tablets have made gaming available to many more people across the globe. Anna Wojewodzka, Operations Manager at Universally Speaking, has definitely seen an increase in the demand of ‘exotic’ languages: ‘As more games are released on mobile platforms and often self-published, the quantity of text in games decreases, whilst the number of projects we handle is rising.’ MMOs often involve tens of thousands or even millions of words, which means the company has employs large in-house teams to work on one single games for months on end.

Today, hardware is constantly upgrading, which poses new challenges for localization companies, Lee says. As mobile projects have to be tested for their functionality and compatibility and apps are launched on a more than regular basis, outsourcers have to do everything they can to meet their client’s needs. Testology has wisely adapted its services to the mobile platform market. Product manager Harrison Baker: ‘We recognised the emerging mobile markets and began to invest in mobile devices a few years ago. We now have 30 iOS and close to 50 Android devices, each running multiple OS versions. We utilise tests over multiple device iterations to ensure accurate market share compatibility coverage.’

Pedal to the Metal

The demand for localization in an increasing number of languages is part of a bigger phenomenon called culturalisation.

If culturalisation is applied to a game, the game is adapted in such a way that is suitable for a certain locale. According to Lee, this is done to make a game more appealing and to delete any element that may offend users.

Davide Solbiati, Executive Localisation Director at Systhesis, believes a direct presence in the target market is key to a successful culturalization. ‘You can’t just rely on a central office and then have a network of vendors. You need to have your own people around the world so that you can provide a consistent and standard service throughout your company.’ Van Nigtevegt of Spil also believes ‘one size fits all’ is no longer the motto of the localization industry.

If a localization company collaborates with the developers from an early stage onwards, this can lead to great results. Many game developers, however, do not reserve that much time for localization.

Universally Speaking’s Wojewodzka believes there is a ‘need for around the clock service to deal with short translations requiring a quick turnaround.’ She continues: ‘As this trend progresses, we become more agile and responsive to make sure that we do not cause delays in the development process, but integrate our processes instead.’

Lee believes clients are demanding faster turnaround times because of ‘the immediacy that connected platforms present.’ Smartphones and MMO’s, for example, required localization companies to broaden their scopes and skills, and this won’t be changing any time soon. Testology, for example, now draws 80% of its business from mobile, web and social projects. Baker: ‘Our industry is all about evolution, and the accessibility of these platforms – for both developers and consumers – means that service adaptability is crucial. This inevitably means that project size and budgets are smaller, and influence the amount of QA contact required.’ However, he does believe this does not mean companies should compromise on quality. 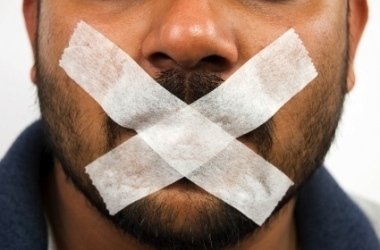 Our Lips Are Sealed, or Maybe Not?

It is clear that localization companies operating in today’s market are faced with new markets, new platforms and demanding publishers. Finding out what projects the companies are working on, Lee says, is a lot more complicated. For many years, everyone involved in the gaming industry was asked to keep their mouths shut about projects that were in development, even more so than in for example the film industry. However, nowadays, a number of people in the industry believe the sector should let their guards down a little.

We might never know what plans are a-cooking in the kitchens of game developers, but it is safe to say that localisation services are in demand like never before. Wojewodzka: ‘With many customers self-publishing and going multiplatform, we get more requests for rigorous testing plans, but also an increase in playability and user insight. Companies need to know a lot more about what players are doing. As long as we keep a balanced portfolio, reflective of the industry, we remain competitive and healthy.’