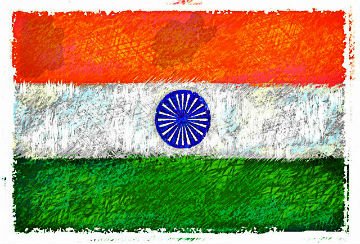 Vegetarian Snickers bars? Fruit-flavoured strong beers? Sound odd? Maybe, but in India these are local tastes. Companies are doing everything they can to tackle the emerging Indian market. Localisation it seems is key to conquering Indians’ hard earned cash.

According to DNA, Indian consumers are quite demanding and particular. In order to “woo” the Indians, top brands are tailoring their products specifically for the emerging market. These tailor-made products are often never encountered before: take for example the completely vegetarian Snickers bar Mars developed for the Indian market, or a fruit-flavoured strong beer from Carlsberg. These products were developed especially for the Indian market.

The first companies that pointed their localized arrows at India were quick service restaurants (QSRs) such as McDonalds, but other brands are slowly but surely discovering what localization can do for them as well.

Subodh Marwah, MD of Carlsberg India: “Localisation is very important in food and beverages, including alcoholic beverages. Our surveys showed that people complained about all beers having the same bitter taste in India. So, we decided to launch something which can cut the bitterness out a little.” This resulted in the fruit-flavoured beer mentioned earlier.

For the Indian consumer durables market, global brands such as LG and Panasonic have also found ways to use localization. They are targeting their products to the less wealthy portion of the country’s residents. LG, for example, has decided to launch a sub-Rs 10,000 LED TV, while Godrej Appliances developed a sub-Rs 3,000 for Indian customers that are poorly off. In addition, Sony announced it will launch cheap televisions for the many small towns in the country.

Companies in the fast-moving consumer goods (FMCG) segment have also developed a great deal of beauty, wellness and food products for the Indian market. Mars is one of these companies. M.V. Natarajan, MD of Mars International India: “A lot of people in India are vegetarian. As a result, we decided to come up with a vegetarian Snickers. Now, a higher number of trade partners are stocking our goods, especially in Gujarat and Maharashtra.” Previously, many Indian retailers did not sell Snickers as it contained egg, but now that the bar is 100% vegetarian, it is expected that this will soon change.

According to Harminder Sahani, who works for Wazir Advisors, companies only decide to localize their products and services when they deem their efforts profitable. Sahani: “They are based on the size of the economy and the population of the country. In this context, India scores on both fronts. As a result, the localisation attempts made by global companies are much higher as compared to several other nations.”