If you wish to sell your goods or services online, you need to become an internet retailer. If you wish to sell them abroad, it pays off to invest some time in getting to know who your shoppers are and what they want – localization.

According to Chloe Rigby, acquiring new customers in your home country mainly centres around word of mouth marketing. In her article ‘Word of Mouth’ (Internet Retailing January 2013) she explains that physical high street shops or a good online reputation are all it takes to lure people in; once in they can then be kept loyal by good customer service.

But how can you attract and maintain new customers in foreign or international online markets? Rigby agrees this is a greater challenge as cultural and linguistic differences have to be taken into account, but believes the process is essentially the same.

Securing a spot in the online retail market is not difficult. Rigby gives the example of homeware brand Wayfair. 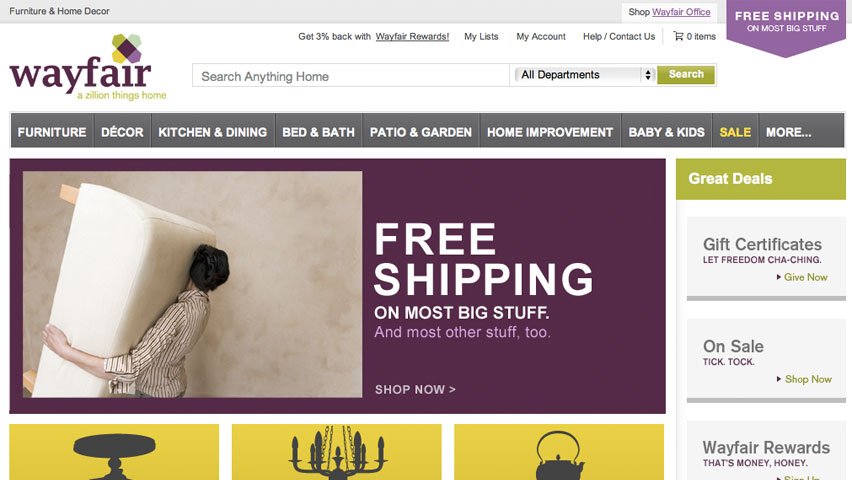 This US based company has expanded to Canada, Germany, the UK and Australia. Its chief executive, Niraj Shah, says approaching a new retail market begins with online advertising; and this advertising isn’t just aimed at the general public: ‘you’re doing it with customers who are buying items so they can relate to their friends and colleagues how they found the experience – that’s a big piece of how we get started.’

After advertisements have run in public, Wayfair usually carries out research on the local press and how PR activities must be organised. Then, advertisements are moved to offline territory which then finally evolves into brand advertising.

Your website can be the prettiest and most functional on the web, but new customers won’t be able to find you if you don’t appear on search engines Rigby says. Mentions of your business in local media and online advertisements that pop up when people are looking for certain products on search engines are essential. This whole process revolves about one thing: building a reputation.

=The way to go about this might be a little different from what you are used to in the UK or USA: not all countries use the same search engine, for example. In addition, different countries use different search terms. Andrew McClelland, managing director of retail trade association IMRG believes research about popular terms can greatly benefit your SEO. However, he does warn retailers: ‘don’t automatically assume a straight translation of a product name from English to, say, French means the same.’ He advises companies to hire a specialist translation agency with experience in keyword translation or a local language speaker to avoid awkward translations.

In addition to localised search terms, companies should also investigate the shopping preferences of their targeted market. Ivis Group’s Paul Bolton believes that even though customers might be attracted to the Britishness of UK products, retailers should carefully balance this with local habits. ‘A lot of consumers, particularly in south-east Asia do like to have an element of things that are more relevant to them and personalised to their style of shopping.’ Next to adjusting your website’s design and the layout of your store, you should take a careful look at your product mix as well. Bolton: ‘The more successful retailers mix more localised products with their standard offerings so there is a blending of the best of both worlds.’

According to Rigby, realising that different countries use different technologies is important as well. The UK might rely heavily on computers, but in Italy, for example, many people shop online via their smartphone. This is also true for emerging markets. This means you might have to invest more money in e-commerce strategies for markets abroad than for the one in your home country.

Paul Gault, who is director of strategy at Sponge, also stresses the importance of mobile strategies. He believes mobile users are more influenced by text messages than customers who surf the web on their desktops. In addition, mobile-optimised websites are key as they are much more compatible with smartphones. Gault:  ‘There are increasing numbers of people searching for stuff via their mobile phone and if you’ve got a properly optimised site you’ll be higher op the rankings. When people click  on you they’re going to get a more satisfactory experience and they’re more likely to buy from you.’

Finally, Rigby argues that just because your company has a certain reputation on its home turf, this doesn’t necessarily mean this reputation will turn out exactly the same in a market overseas. Retailers must keep an open mind when they adapt their message to new markets, McClelland says. He gives the example of a UK fashion retailer that became well known for its footwear on a foreign market. Entering a new market thus requires a great deal of flexibility.

However, next to the demands new markets enforce on you as a retailer, Rigby believes that are many advantages to be found at foreign online expansion as well: ‘When the reality varies from the expectations, it’s time to adjust the strategy. But in the final analysis, getting to know a new group of consumers and reflecting the reality they’d like to see, can be a highly profitable approach.’

Did you know that only 26.8% of internet users have English as their mother tongue? Chinese, Spanish, Japanese, Portuguese, German, Arabic, French, Russian and Korean account for 55.5%. See the potential?

If you’re looking at internet retail on an international scale, speak to us about our online retail localization and translation services.