The recent announcement by British company Marks and Spencer that it will close down several of their Chinese stores seems to be an indication that the company has failed to win over the Chinese consumer. Can the retail giant turn this around by adjusting their localization strategies for the Chinese market?

Marks & Spencer recently announced that it would close a number of its stores in China. According to the Global Times, this decision was made because M&S’ success in the country has been disappointing.

The company still has hope for the market, however, as the announcement also stated that it still “treasures” China as one of the business’ top international markets and that some shops would simply be relocated to other cities.

Experts, however, feel that by closing their Chinese stores, M&S acknowledges that it has not been able to conquer the Chinese market.

The Global Times does not agree with this: after all, M&S has not distributed any info about its sales in China. The website nonetheless does admit that the overall financial results of the British retailer seem to indicate that the company’s success is dwindling.

In fact, the retailer’s pre-tax profits have fallen almost 9% year-on-year in the six months leading to  last September. Citi and Normura also cut the annual profit forecast of the company by 2%. The Global Times thinks this has to do with the rise of competitor Next Plc., which has me more youthful and fashionable product range than M&S.

M&S entered the Chinese market in 2008, when it opened a flagship store in Shanghai, and has slowly expanded its presence in the country: now, the retailer has 15 Chinese stores. 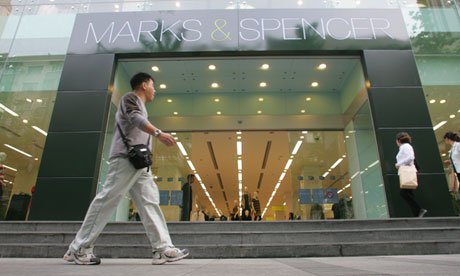 Seven of these stores can be found in Shanghai, but the company can also be found in second-tier cities such as Wuhan. However, the article states that from the beginning, M&S was met with criticism in China as its clothing lines are rather dowdy while the items aren’t cheap.

The Global Times reveals that M&S isn’t the first company that has encountered hurdles when attempting to crack the Chinese market.

Spanish fashion brand Mango, for example, had to close several stores in the country due to disappointing revenues, and even Barbie has failed to win over the hearts of the Chinese.

The Global Times points out that whenever a company is expanding abroad, it should adapt their strategies in such a way that they appeal to local consumers.

Moreover, for China, the website believes the key lies in joining hands with a local partner.

Apparently, M&S is also aware of this, as the company announced that it will try to find a local business to cooperate with. This will improve the retailer’s understanding of Chinese consumers, consumer laws and retail market regulations, the Global Times says.

According to the article, M&S also revealed that it hired Maria Roday as its general manager for the Chinese market. Roday used to be the Asia Human Resource Director for company Inditex, which is a Spanish fashion and textile mogul that is always quick to respond to existing trends. The website thinks this Roday might be able to help modernize the British retail giant. This would make the goods on offer appealing to the Chinese youths, who spend their money more easily than the older Chinese.

Other companies are adjusting their strategies for the Chinese market as well, the Global Times says. The German big-box chain Metro, for example, recently revealed that it aims to become a specialized wholesaler. The website believes this is not surprising: now that consumer spending is slowing down and e-commerce is spreading, competition among similar companies has become a lot tougher.

If M&S finds the right strategy, the Global Times says, the company can still find Chinese success. Until then, the website thinks the retailer should focus on their strong assets, such as their good customer service and modern facilities, to draw the Chinese consumers to their shops.