Bulgari show us how Localization is done Chinese-style 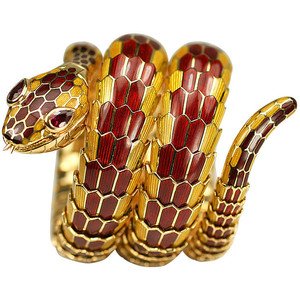 Even popular luxury brands have to take steps to localize their products to the market they are aiming for. Bulgari seems to have found just the right balance between East and West in their new Chinese flagship store in Shanghai.

The Jing Daily gives an account of the grand re-opening of the Blugari flagship store in Shanghai last month. After it had been closed down for renovations, the grand opening of the  store was accompanied by a variety of local celebrities as well as some amazing touches of localization genuis.

One of the clearest and most striking thing one notices is the serpentine theme; clearly visible from the serpentine feature that can be found outside the store. The theme has been chosen to salute the Serpenti collection of the brand, but guess what? The Chinese Year of the Snake started this Sunday as well – perfect timing, perfect localization. No wonder Bulgari PR & marketing turned the re-opening into a massive event. 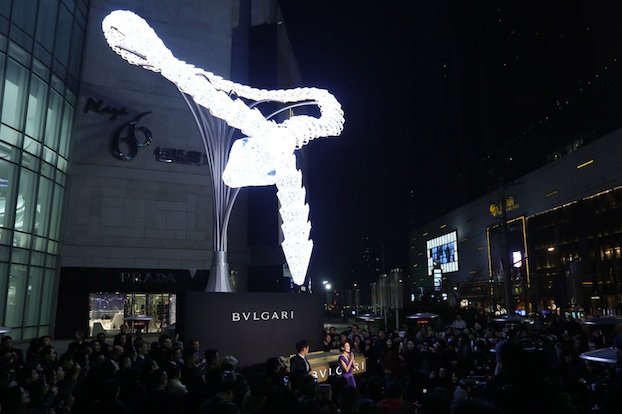 Drastic changes have been made to the interior of the store as well. Not only have the jewelry and watch sections been redesigned, but the layout of the store has been altered in such a way that it now combines European and Chinese design cues.

It is clearly visible that the designers of the store have paid a great deal of attention to the wishes of local shoppers. Chinese male shoppers, for example, highly value their privacy. This is why the men’s jewelry and watches section have been set up in such a way that the customers can shop quietly and discreetly. As the male consumer in China annually purchases more luxury items than his female counterpart, focusing on the male shopping experience is a very wise move indeed. Understand your market!

The number eight is considered to be a lucky number in China, and is thus used quite a lot when products are localized for the Chinese market. Bulgari has used this strategy as well, but tried to shy away from the clichés that surround the practice: the eye catcher of the flagship is an enormous chandelier in the shape of a figure eight [see below]. 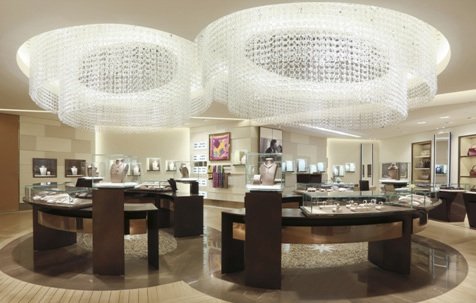 It is likely that this chandelier will be a recurring item in the Bulgari stores in the Greater China region, as the re-opening of the Hong Kong store revealed a similar chandelier. The auspicious chandelier isn’t the only way Bulgari has tried to ‘localize’ its stores: the Shanghai shop also features VIP rooms with mesh sliding walls that allow customers to shop in peace, which is highly appreciated by the Chinese.

So take note – this is localization!