‘Shambolic’ is the word Justice Select Committee Chairman Alan Beith used to describe the privatisation of court interpreting services in the UK in a recent Guardian Online article. Why?

According to MPs, more trials have collapsed than ever before because of the decision of the Ministry of Justice to outsource all legal interpreting services in courts. In England and Wales, the company Applied Language Solutions (now Capita Translation & Interpreting – henceforth ALS) was awarded a near-monopoly on all courtroom interpreting. Criticism followed and gaps in service levels soon became national news.

A crushing report now blames the Ministry of Justice for not understanding the difficulties that come with  interpreting, especially in the context of justice and law.

According to the report, it is unclear how poor the performance of the company has been as the Ministry of Justice has not provided exhaustive statistics. It appears the department  did not wish to aid the investigation, which was further hindered by an apparently ‘extremely unhelpful’ attitude by the Ministry. It’s staff, for example, was not allowed to co-operate with the investigation and the survey that went with it. 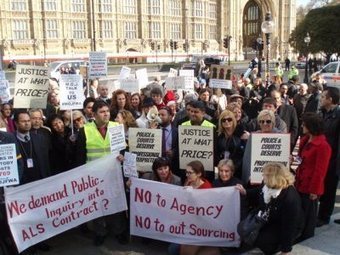 The contract that ALS signed has been in operation since last February (2012) and has been surrounded by controversy ever since. Many interpreters boycotted the company because of the low fees they offered. Interpreters took their protests to the streets of the UK such was their concern.

Before the contract was signed, individual interpreters were hired directly by courts or through reputable interpreting companies that provided legal interpreting or business interpreting services. Even though the report states that this caused some ‘administrative inefficiencies,’ this method did not cause ‘fundamental problems’ it claims.

Sir Alan Beith, Chair of The Committee, says:  ‘The Ministry of Justice’s handling of the outsourcing of court interpreting services has been nothing short of shambolic. It did not have an adequate understanding of the needs of courts, it failed to heed warnings from the professionals concerned, and it did not put sufficient safeguards in place to prevent interruptions in the provision of quality interpreting services to courts.’

In a report that was commissioned by the Ministry, it was advised that ALS should not be given work that would yield more than £1 million per year. Nevertheless, the department decided to sign an agreement with the company, which is now responsible for the £4 million-a-year-business that court interpreting is.

The report questions the ‘non-attendance of interpreters, particularly in magistrates courts,’ which might lead to more and more ineffective trials. Due to this, investigators will monitor the quarterly statistics of these kinds of trials.

In addition, the Ministry of Justice hadn’t assessed the financial part of the problem properly: ‘The ministry was unable to provide information on the additional costs to the department of the delaying of trials because of the failure to provide interpreters.’ This resulted in extra costs for the courts and prisons because trials were postponed.

Moreover, the committee says that ‘Performance figures clearly do not reflect the company’s fulfilment against 100% of the requirements of [the court service] and they should be altered, retrospectively and in the future, to indicate this.’ The Ministry of Justice has tried to discipline ALS by fining them £2,200. This has also been received with criticism, as the company wasn’t fined at all ‘for the first four months, when performance was at its worst.’

According to the investigation, ALS ‘paid lip service’ to many of its obligations. In fact, the company often did not check whether interpreters had the proper qualifications and did not carry out criminal record checks. Stories even made the headlines whereby a rabbit managed to make it onto the interpreters database. 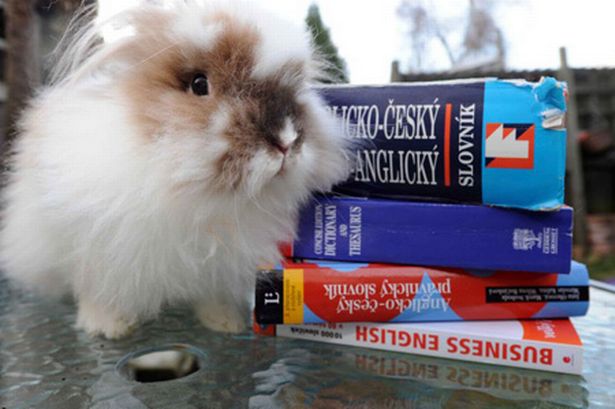 Justice Minister Helen Grant: ‘There were significant issues at the start of the contract in early 2012 but we took swift, robust, action and have seen dramatic improvements, as the justice select committee highlights. The vast majority of interpreter bookings are now being completed and complaints have fallen considerably. The changes we have made have led to major savings for taxpayers, totalling £15m in the first year, and we continue to monitor the contract on a daily basis and demand continuing progress.’

As the cartoon below illustrates so well, interpreters and those that understand the work, realised long ago that bringing down costs, lowering quality benchmarks and not taking into consideration geographical limitations, will lead to poor quality interpreting services within British courts, putting justice at risk.

Privitisation of language services within the public sector seems to the way things are moving. The Courts are now run in this manner. What will follow next? There are already noises being made about The NHS moving towards the privitisation of translation and interpreting services. This, we feel, could be dangerous. Watch what our Katy Pritchard thinks about this potential danger.