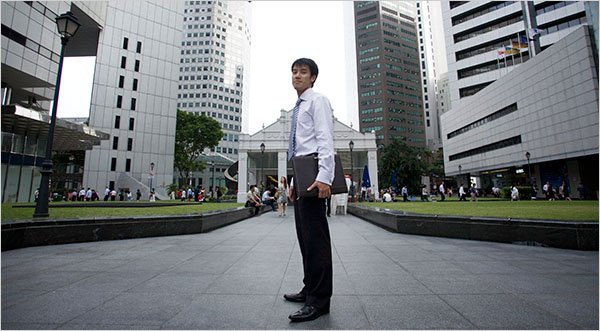 Losing your job anywhere is disorienting, but imagine being laid off when you work in a foreign country. Not only is your source of income, and perhaps a good part of your identity, suddenly yanked away, but often you lose your right to remain in the country.

Sandra Johnson, left, president of the Kensington and Chelsea Women’s Club in London, said membership was dropping. International recruiters like Sonamara Jeffreys in London, right, say that laid-off Americans with 30 days to leave Britain are looking for jobs back home.

Add to that urgent disruption the calamity of a collapsing industry and you have the life more or less of thousands of American expatriates in banking and finance.

The archetype of the young international banker cut one of the most dashing figures of the age of globalization. Well-educated and well-connected, able to take their pick of jobs, they skipped across employers like they did countries for weekend getaways.

As recently as last fall, financial professionals who lost their jobs as Wall Street bled could hope for new positions overseas. But layoffs have spread quickly from New York to Europe and now to the Mideast and Asia, leaving a growing number of jobless expats, as they are known, with few places to turn and either stranded or forced to return home.