Would you Lie in Court? Cultural Differences

Ian McGarry and Mark Chapman, hosts of the Culture Club programme on 5 live Sport, were recently tackling the issue of cultural differences and foreign players settling into life in the UK. At one point in the show ex-footballer Vincent Pericard was sharing his own personal experiences which included a comment that if he had known the severity of lying in court in the UK, he would not have done so. You could hear the audience thinking “how on earth can you use cultural differences to excuse that?!” Well, believe it or not, Pericard has a  case.

On 24 August 2007, Pericard was sentenced to four months in prison after being found guilty of perverting the course of justice. This came after he lied about being the driver of a car caught speeding at 103 mph near Plymouth. He was released from prison on 20 September 2007.

It just so happens that one of the gurus of intercultural communication, Fons Trompenaars, carried out an exercise on this exact same issue. It hits the nail on the head when illustrating how Pericard is not just grabbing at straws in his reasoning.

Known as the “Car and the Pedestrian”, the exercise works as follows:

Scenario: You are riding in a car driven by a close friend. He hits a pedestrian. You could see his speedometer and know he was going at least 50 km per hour in an area of the city where the maximum allowed speed is 30 km per hour. There are no witnesses. His lawyer says that if you testify under oath that he was only driving 30km per hour it may save him from serious consequences.

Well, if you think most people in the world would jump to tick B, then you are wrong – see below. Cultures have different priorities; this exercise was developed to show the compromise people make between protecting a personal relationship and obeying the law. Within the mix are also people’s perceptions of the consequences of lying in a court of law. The evidence clearly shows that in many cultures people see the obligation to the friend as outweighing the need to obey the law.

This is exactly what Pericard is arguing when he made his comment on radio. So in conclusion, yes, believe it or not, people from other cultures really would not know that lying in court is a big no-no!

What would you do? Take our Poll (Facebook page) 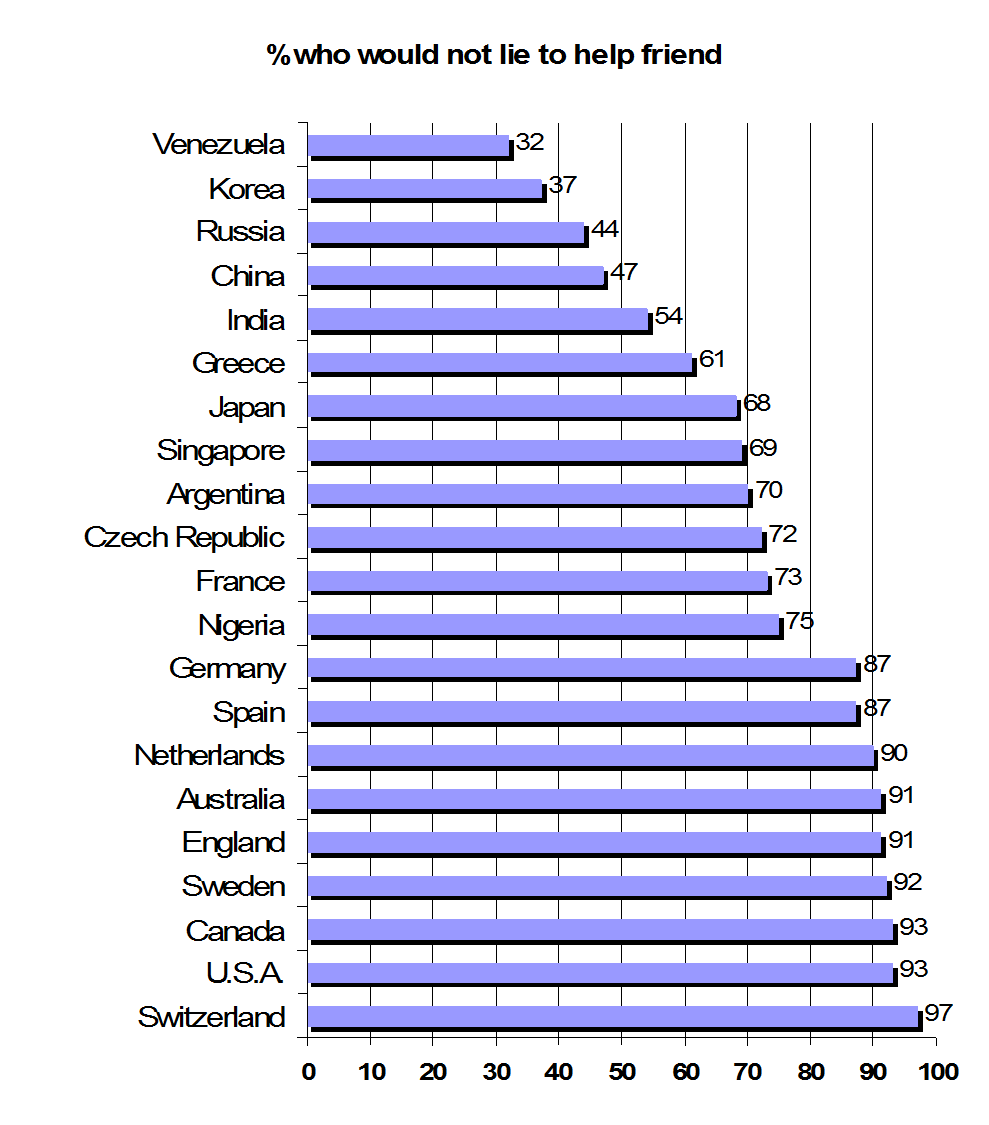