East vs West: the novelty of culture 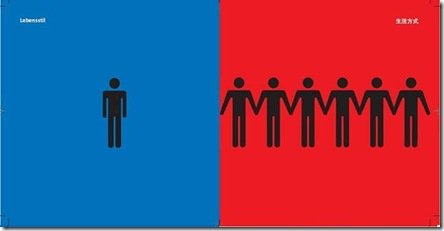 The online community ‘asianlife’ published an interview this month with Michael W. Morris. Professor Morris teaches at Columbia Business School and has spent much of his academic career studying cultural diversity in the workplace. This article examines questions like: Is the West more creative then the East? Does the East conform and the West rebel? Can the East be original? Can the West’s creations ever be as socially advantageous as the East’s?

Prof. Morris and American Patent Law broadly define creativity “as a solution that is both novel and useful”. This benchmark is the line that many academics (and non-academics alike) draw between the cultures of the East and the West. Western workers are the supposedly ‘novel’ innovators; they examine what already exists but then fight to find new ways of achieving their goals. On the other hand Eastern workers strive to find new ‘useful’ technologies or methods that will be the most socially beneficial to all. How is this segregation supported?

Researchers often explicate this argument as the result of a Western culture that promotes individualism, ambition and competition against an Eastern culture that centres on social harmony, practicality and collectivism. Surely this is an unfair discrimination of both parties; boiling down to the view that Western workplaces are ruthless to the point of incoherence and that Eastern cultures are conformist to the point of stasis.

Prof. Morris here goes on to raise the counterargument that Eastern artists and architects such as Tadao Ando and Cai Guo-Qiang refute the idea that the East isn’t innovative. He suggests that these groundbreaking ideologists prove that the popular stereotype of the East as less creative is unfounded. The East doesn’t need to worry about moving from a manufacturing-based to design-based economy because it already has ‘creative’ people within its countries. However, doesn’t this argument, despite vindicating the East of ‘novel’ redundancy, actually refute Prof. Morris’ earlier statement that creativity is a dual-core process? He’s saying here that Eastern people can be ‘arty’ and ‘original’, but isn’t he just falling into the trap of bookmarking creativity under Western ‘imaginative’ ideals.

Later in the article Prof. Morris talks about bicultural people being able to exert both the “Western bias toward highly novel/original solutions [and] the Eastern bias towards highly useful/acceptable solutions”. But his own arguments that Eastern people can be creative seem to be based on a skewed Westernised interpretation of creativity. Perhaps the point he should be making is that although Eastern cultures are highly proficient and world leading in ‘useful’ creativity (imagine the modern technological world without the invention of the Walkman, CDs, the Camcorder or a world without printing, the compass or gunpowder) they also can be very successful at ‘novel’ creativity. The West wouldn’t be clamouring to re-make Japanese horror movies, make millions out of Pokémon and Yu-gi-oh! or stage Ai Weiwei’s ambitious installation ‘Sunflower Seeds’ at the Tate, if they did not feel that there was original and innovative thought coming out of the East.

The East is creative in its own way; you only have to visit Tokyo City to wonder at the innovative but socially appliable technology on display. An even better example might be the development of hybrid rice by Yuan Longping; his food source now yields enough to feed sixty million people and worldwide twenty percent of rice is grown from his 1970s hybrid strain. Proof then that the East is powerfully creative in its own way, but also that it is (and always has been) a strong force in the so-called ‘Western’ arts of creativity.